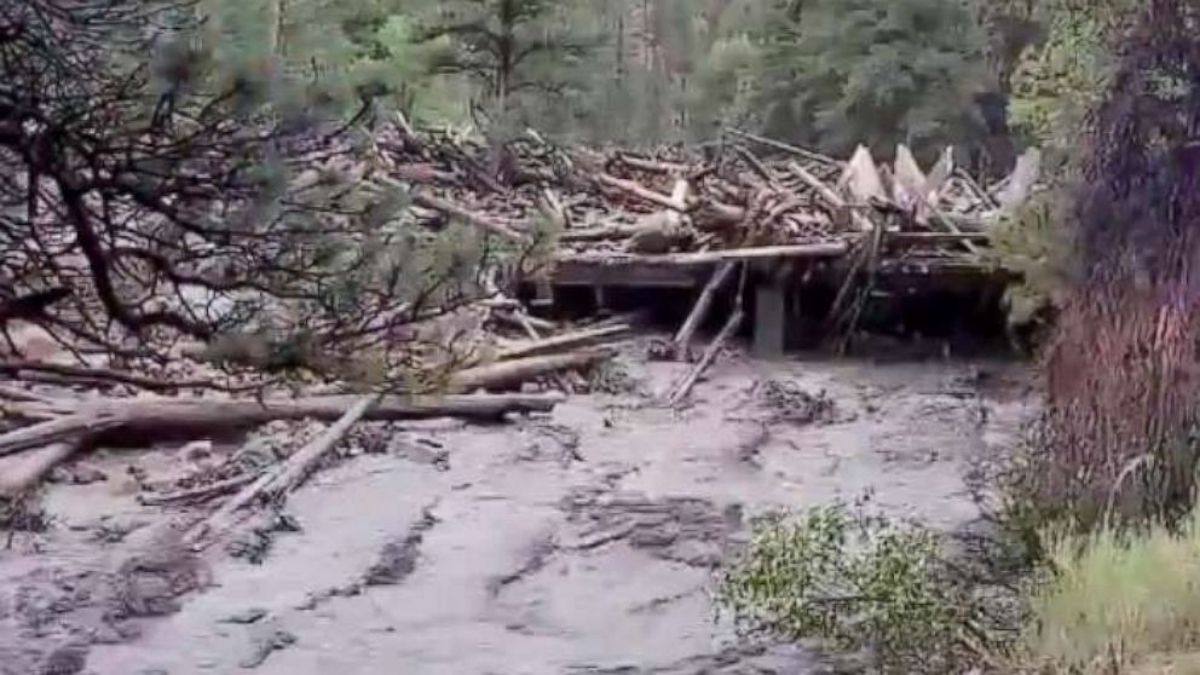 A woman was found dead and three people missing after heavy rains resulted in flooding and mudslides in the northern Colorado area that experienced damage last year due to a large wildfire, authorities said Wednesday.

The woman’s body was discovered near the small community of Rustic, located about 100 miles to the northwest of Denver, following a mudslide that directed huge quantities of debris into the canyon on Tuesday evening, the Larimer County Sheriff’s Office said.

The coroner’s office is set to release the identification and cause of death at a later time as search operations will resume on Thursday.

Rain, about an inch in size, fell on the Crown Point area for a short duration on Tuesday, draining into the Black Hollow area, creating debris that eventually burst, resulting in flash floods and mudslides.

The floods led to the occurrence of about six mudslides,  a Colorado Department of Transportation spokesperson said. At least five houses were destroyed and a private bridge was damaged.

The area burnt the previous year in the devastating 326-square-mile Cameron Peak Fire, a likely contributory to the floods and mudslides, sheriff’s spokesman Jered Kramer said. The burnt vegetation, which helps in absorbing rain, rendered those areas more susceptible to flooding.

Heavy rain over Cameron Peak has have subdued and “flooding is no longer expected to pose a threat,” according to National Weather Service.