5 top best makeup and prosthetic designers in the world 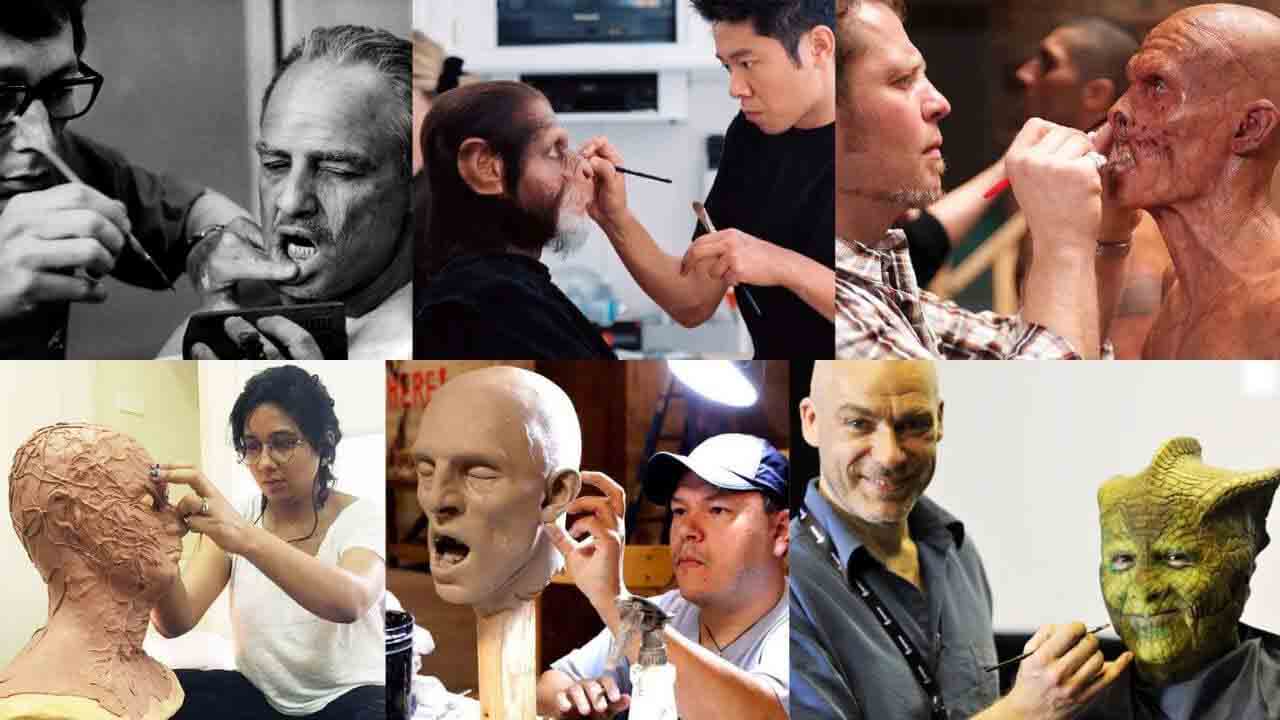 The late Richard Emerson Smith aka Dick Smith was an American special makeup effects artist and author (nicknamed The Godfather of Makeup) known for his work on such films as Little Big Man, The Godfather, The Exorcist, Taxi Driver and Scanners.

He won a 1985 Academy Award for Best Makeup for his work on Amadeus and received a 2012 Academy Honorary Award for his career’s work. Kazu is a self-taught pioneer in the craft of using contemporary materials to create the illusion of life. Having discovered the art of special effects makeup for himself while perusing American magazines as a teenager, he developed skills through mimicry, trial and error.

In 1987, he found the address of stalwart makeup and special effects artist Dick Smith in Fangoria Magazine and initiated a pen pal student-mentor relationship with him, which eventually resulted in Kazu’s first film gig fresh out of high school. As an early pioneer in Japan, Kazu founded one of the country’s first companies of its kind, Makeup and Effects Unlimited, and worked with director Akira Kurosawa in the production of Rhapsody in August.

Kazu Hiro also crafted the silicone model of Brad Pitt’s head used to artificially age him via CGI for The Curious Case of Benjamin Button in 2008. In 2012, Kazu Hiro created the prosthetics which turned Joseph Gordon-Levitt into a young Bruce Willis for Looper.

After his work on Looper, Kazu Hiro retired from the film industry and focused on sculpture. For the 2017 film Darkest Hour, Gary Oldman talked Kazu Hiro out of retirement to create the Winston Churchill prosthetics. For this work, Kazu Hiro won the 2018 Academy Award for Best Makeup and Hairstyling.

He won the award again in 2020 for his work in the 2019 film Bombshell, where he made prosthetics for Charlize Theron as news anchor Megyn Kelly.

American makeup artist Christien Tinsley was nominated for an Academy Award for Makeup for his work in The Passion of the Christ in 2004. He won an Academy Award for Technical Achievement in 2008 for the creation of the transfer techniques for creating and applying 2D and 3D makeup known as Tinsley Transfers. He won the National Film Award for best makeup for the 2009 Bollywood film Paa. Christian was also nominated for the 2012 Primetime Emmy Award for Outstanding Prosthetic Makeup for American Horror Story. His other credits include Westworld and Santa Clarita Diet.

Indian National Award-winning makeup, hair and prosthetic look designer Preetisheel Singh has a big list of accomplishments to her credit. She has designed looks for a number of top artists in Bollywood’s box-office successes such as Bajirao Mastani, Padmaavat, Chhichhore, 102 Not Out, Mulk, Bala and Housefull 4.

Preetisheel received the National Film Award for Best Makeup in 2015 for the historical epic Nanak Shah Fakir based on the life of prophet Guru Nanak; the founder of Sikhism.

Her look design for Indian actor Ranveer Singh as the intimidating pre-Mughal era emperor Alauddin Khilji in the 2018 film Padmaavat was a rage. She received widespread critical acclaim for designing the look for another Asian actor Nawazuddin Siddiqui for a 2019 biopic called Thackeray based on India’s stalwart politician Bal Thackeray.

Viewers and film critics alike are awestruck with the results of her work, with Preetisheel Singh emerging as the undisputed No.1 makeup, hair and prosthetic look designer in the Indian film industry.

Along with her work partner-husband Mark D’souza, she has set up India’s first makeup and prosthetic lab called Da Makeup Lab in Mumbai. The talented lady is now preparing to launch the Preetisheel School of Character Design.

Jordu Schell is an American sculptor and concept artist who has been working in the film and television industries for over twenty years.

He began his career as a sculptor and Halloween mask maker. He primarily sculpts in clay and other physical materials, rather than in CGI or in 2-D drawings, although he works in those forms as well. Jordu first started designing FX for Hollywood on Bride of Re-Animator, and went on from there to work with Stan Winston on such movies as Predator 2, Edward Scissorhands and Batman Returns. In television, he designed aliens for the opening season of Babylon 5.

From 2005 to 2007, he was instrumental in the design of the Na’vi and other creatures in James Cameron’s movie Avatar, shaping the designs of the characters with physical sculptures when Cameron felt that the CGI designs were not capturing his vision. He sculpted numerous maquettes to help solidify the look of the Na’vi race, often working in the kitchen of Cameron’s Malibu home. His credits include The Chronicles of Narnia: Prince Caspian, 300, Hellboy, Men in Black, The Mist, Alien: Resurrection and The X-Files Movie. Jordu Schell also teaches classes in sculpting and design at his studio and in addition, sometimes works in the video game industry.

Neill Gorton is an English special effects artist, visual effects specialist and makeup artist specialised in animatronics and prosthetics. He is known for his work on films like Saving Private Ryan, Children of Men and the series Doctor Who. Neill entered the film industry at the age of 17. Early on, he started to work for Hollywood film productions in co-operation with directors like Steven Spielberg and Alfonso Cuarón and actors such as Johnny Depp, Michael Caine and Christopher Lee. He is responsible for the design of most Doctor Who villains and monsters, including the modern update of Davros. Neill Gorton is also the director of Gorton Studio, which offers courses in screen prosthetics. He is also a visiting professor at the University of Bolton in Greater Manchester, England.

Clara is a journalist and content writer based in Los Angeles with more than five years of writing experience spanning topics including entertainment, travel and lifestyle. She was most recently deputy editor of a San Francisco-based lifestyle magazine, but is currently freelancing. Outside of work, you will find Clara ambling along the Santa Monica Beach's seafront, blogging about travel and researching her next big trip.