It may not be known to all, that Bo Burnham’s all new comedy special on Netflix, contains several references from some of his previous works. Here are a few of them. 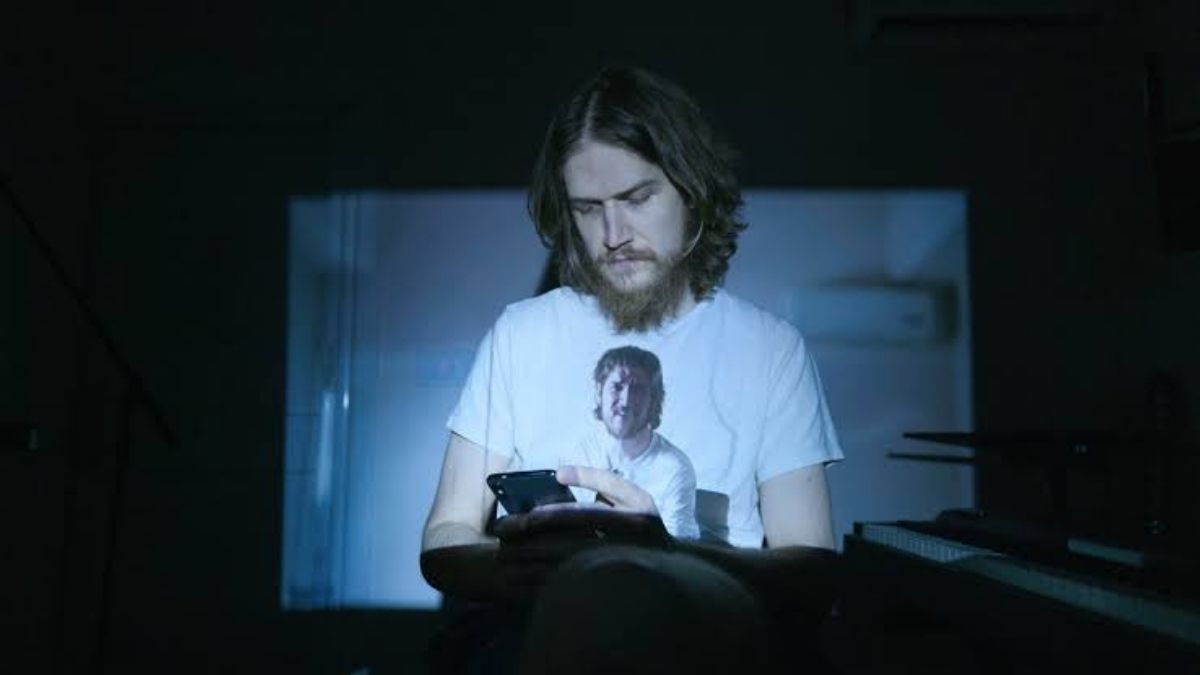 ‘Bo Burnham: Inside’, is an American comedy special by Robert Burnham, who is an actor, director, comedian, musician and a poet, born on August 21, 1990, in Hamilton, Massachusetts.

Released on Netflix, on May 30, 2021, the series is filmed by none other than the man himself, all indoors, during the prevalent pandemic.

A worldwide critically acclaimed work, the project has been not only filmed, but also directed, acted, written and edited by Burnham.

Well, the show contains several references and details from his previous works, that many of it’s viewers may have not taken notice of.

Here are a few of them- 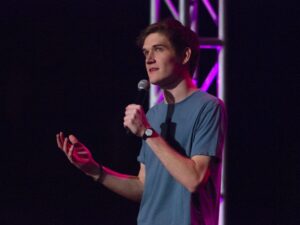 The comedy depicts Burnham’s most iconic moments of life, throughout his fifteen years of career as an artist, right from parodies and commentaries on white male entertainers all around the globe, to the toxicity of internet and social media, that forced him to quit live comedy from 2015. 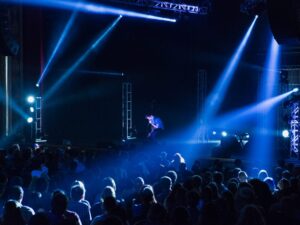 Before Burnham’s live show ‘Make Happy’ ended, he took those last fifteen minutes to keep aside his comedy and talk to the audience about how his comedy revolves around his performances.

03. First feature song is a parody 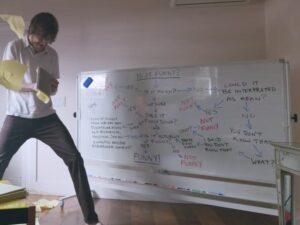 A whiteboard put up in Burnham’s room, that features a flowchart titled ‘Is it funny?”

This actually draws connection to his first song in the show, which is a parody of him debating with himself over whether the time is right to crack a joke or two.

The flowchart helps in identifying whether a joke is funny or mean. 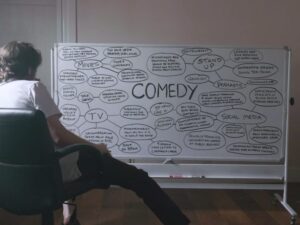 Seems like Burnham has prepared a great mock lesson for self studying everything about comedy, by drawing multiple bubbles on a whiteboard, that have been categorised into movies, TV, standup, podcast and social media.

Those of the movies read, “sequel to classic comedy that everyone watches and then pretends never happened” and “Thor’s comebacks.”

Those from the TV read, “adults playing twister” and “9 season love letter to corporate labor.”

Those under standup say, “Middle-aged men protecting free speech by humping stools and telling stories about edibles” and “podcasts.”

05. A sock puppet, just like that of Hans Teeuwen 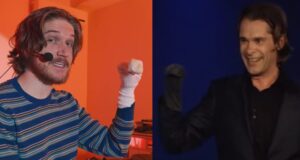 Burnham is featured along with his buddy, who is a sock puppet, similar to the one that belonged to his favorite comedian Hans Teeuwen, in ‘That’s How the World Works’ song, named as ‘Socko’. 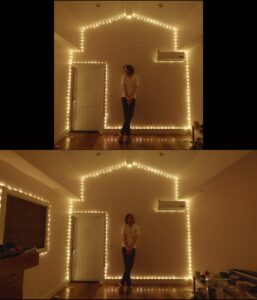 Relating a woman’s post to be dedicated to her late mother, the artist has given a strong emphasis on how social media has deeply impacted and conquered genuine emotions and real love as well as pain.

07. A message asking for consent, during ‘Sexting’ 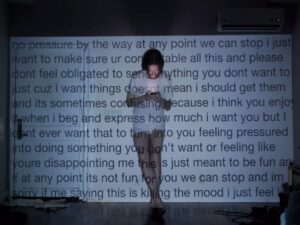 While the song ‘Sexting’ plays, Burnham’s projector projects a message on the screen behind, that asks for consent. Here take a look-

Unemployment rate was at 6.1%, hiring spree failed to meet expectations in April