‘The Bachelor’ star Colton Underwood comes out as gay; Says, “I’ve hated myself for a long time, and I’m gay’

Colton Underwood is opening up about his sexuality and telling people that he is gay.

Former ‘The Bachelor‘s star Colton Underwood has come out as gay. He is opening up about his sexuality and telling people that he is gay.

The reality star had an interview with host Robin Roberts in the show “Good Morning America” that was broadcasted on Wednesday. “Obviously this year’s been a lot for a lot of people, and it’s probably made a lot of people look themselves in the mirror and figure out who they are or what they’ve been running from or putting off in their lives. And for me, I’ve ran from myself for a long time, I’ve hated myself for a long time, and I’m gay,” Underwood announced. The TV star said it was his downtime spent during the COVID-19 that helped him process his truth.

“I came to terms with that earlier this year and have been processing it. The next step in all of this was sort of letting people know. I’m still nervous, but it’s been a journey for sure,” he said.It was noted by Roberts that Colton appeared to be cheerful even though his announcement was an “emotional” one.https://twitter.com/GMA/status/1382296967250776065?s=20″I’m emotional but I’m emotional in such a good, happy, positive way. I’m like the happiest and healthiest I’ve ever been in my life and that means the world to me,” Underwood shared.

Underwood, who previously dated Cassie Randolph, said he went through a period in his personal life that was “dark and bad.”

The 29-year-old star recollected one moment he experienced in Los Angeles where he “didn’t have intentions of waking up, and I did.”

“For me, that was my wake-up call, like, ‘This is your life. Take back control,'” Underwood added. “I think looking back even beyond on that, even just suicidal thoughts and driving my car close to a cliff, ‘Oh, if this goes off the cliff, it’s not that big of a deal,’ I don’t feel that anymore,” he said. 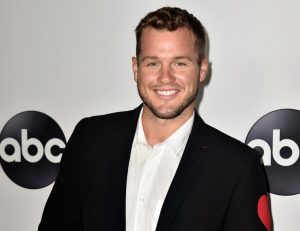 Executive producers of “The Bachelor” reacted to Underwood’s announcement in a statement on Wednesday.

“We are so inspired by Colton Underwood’s courage to embrace and pursue his authentic self. As firm believers in the power of love, we celebrate Colton’s journey in the LGBTQIA+ community every step of the way,” they said.