The actor was spotted with his youngest son, being a great doting dad after returning from his Montana visit with JLo. 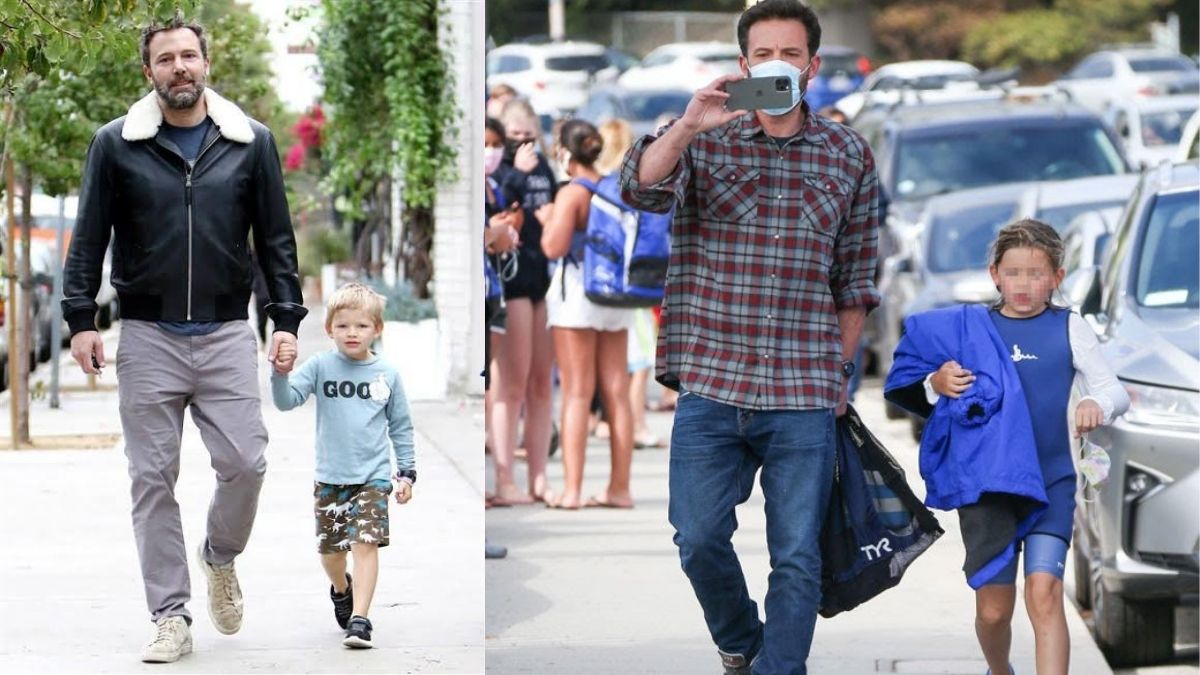 Ben Affleck seems to be a doting dad, as he gets back on his dad duties, picking his youngest son Samuel from his swimming classes, a few days after his return from Montana with ex girlfriend, Jennifer Lopez.

The actor,48, was captured at Los Angeles, on Friday, May 14, receiving his cute little son, 9, whom he shares with his ex wife Jennifer Garner.

Ben kept it pretty casual, with a checkered shirt, buttoned down, paired with blue jeans, as he held onto Samuel’s bag, sporting a face mask and busy into his phone, as if taking a picture. While Samuel looks super adorable in his blue swimwear and matching Adidas slip-ons, carrying a garment, being all wet.

The dad-son duo was spotted just a few days after the dad’s return form his romantic getaway with JLo, in Montana.

It was reported that the couple spent quite a good quality time together, driving by the ‘Big Sky’ and speculated rumours of being back together.

The ‘Bennifer’ first met in 2001, on the sets of film ‘Gigli’, and went ahead to date after JLo’s then recent breakup with husband Chris Judd. After dating for a few years, the couple announced their wedding in September 2003, but ended up postponing it, before they finally parted ways in January 2004.

Hashtag ‘Black Out BTS’ is trending to celebrate black ARMYs