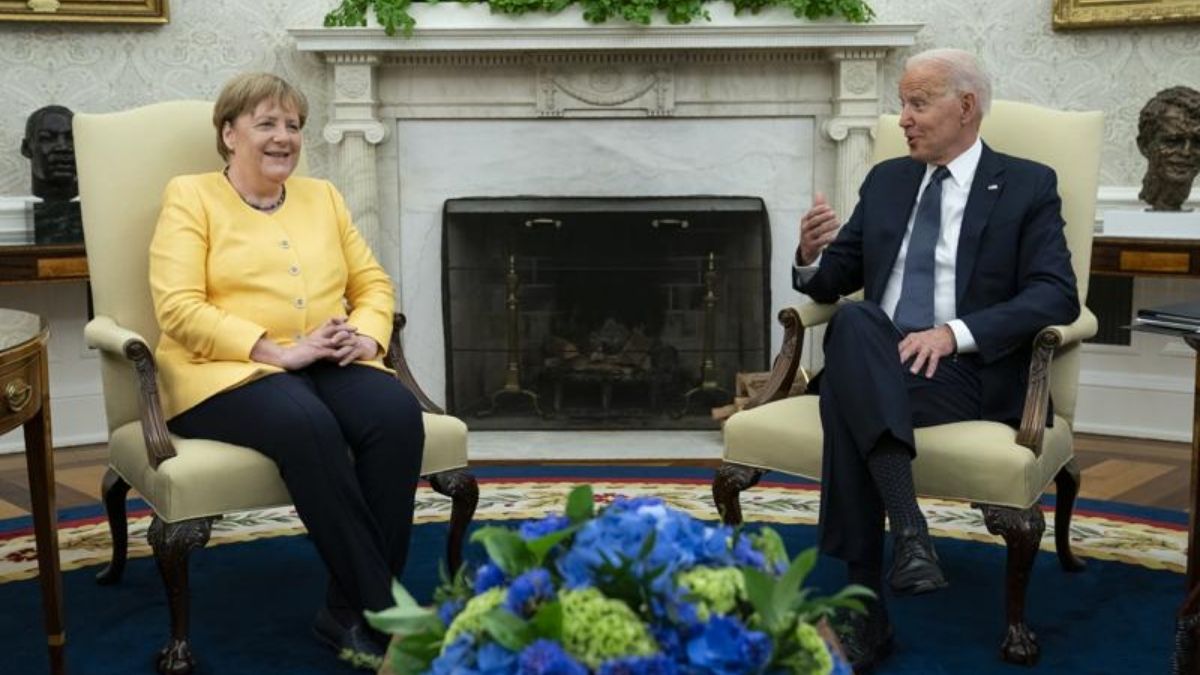 President Joe Biden welcomed German Chancellor, Angela Merkel to the White House for the final time. Biden reiterated his concerns to the German Chancellor on Thursday regarding the Russia-to-Germany gas pipeline that is reportedly near completion. The two were in agreement over preventing Russia from using energy as a weapon.

The visit also contained a discussion on differences over the Nord Stream 2 pipeline, although it was primarily a friendly farewell visit for Merkel as she nears the closing stages of an illustrious political career that saw four American Presidencies.

“On a personal note, I must tell you I will miss seeing you at our summits,” Biden said as he stood by Merkel, the second-longest serving chancellor in Germany’s history.

Merkel’s difficulty in her dealings with former President Donald Trump is well-documented, but she was rather at ease with Biden- a prominent personality in international politics- calling him “Dear Joe” on several occasions.

When questioned about the difference in her relationship with Biden and that with Trump, the German Chancellor choose the diplomatic route out, saying that it was in any German Chancellor’s interest to “work with every American President”. She went to state with a smile on her face that “Today was a very friendly exchange.’

As the first woman chancellor, Angela Merkel’s life is one of groundbreaking service to Germany and the world. Thank you, Angela, for your career of strong and principled leadership, for always speaking out for what is right, and for never failing to defend human dignity. pic.twitter.com/NLpGwtF2Zg