Chris Pratt on ‘The Ellen DeGeneres Show’, reveals his kid watches all his movies

While in a conversation with Ellen DeGeneres, actor Chris Pratt revealed that his son is a great critic when it comes to his movies, having watched even those that he shouldn’t have. 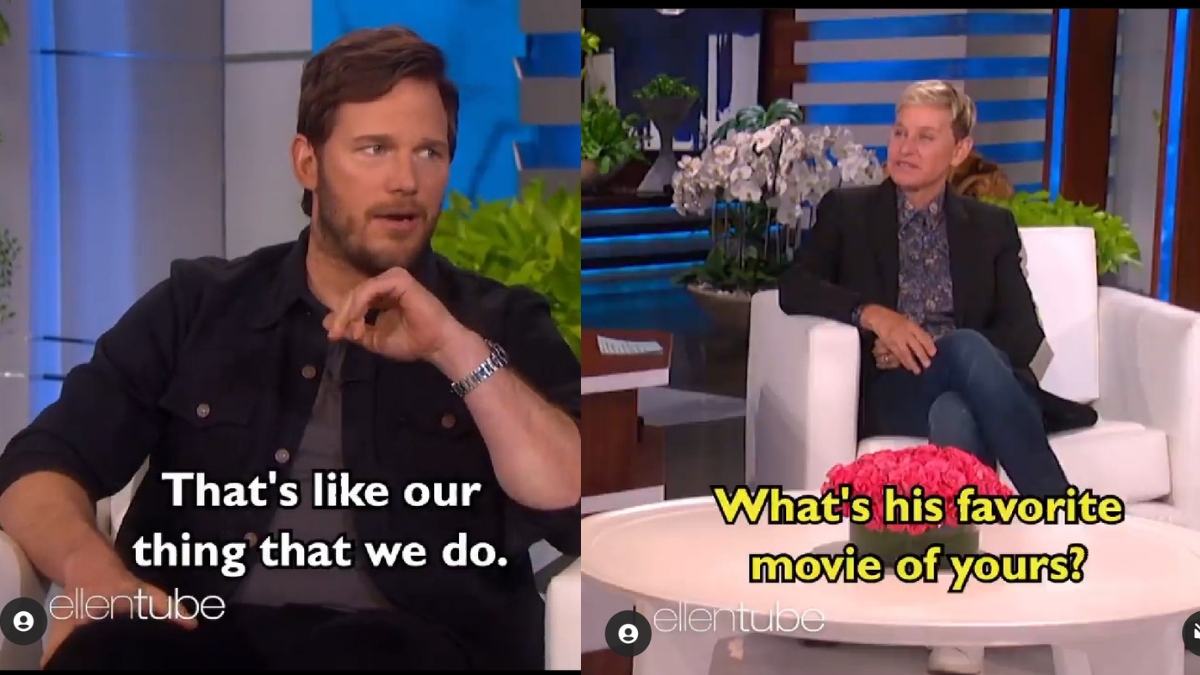 Being all praises and positive for Jack, Chris shared that his son has successfully handled all his academic duties and excels in maintaining an emotional balance while staying at home, amidst the ongoing pandemic, even though he would have loved spending those times with his friends.

Unlike some kids, who get anxious very easily, Jack has done a splendid job and the Pratt family is doing all great in these times of uncertainty.

When asked by Ellen, whether his son has been a spectator of any of his movies till date, Chris replied with an affirmation. In fact, he revealed that Jack watches all his movies, including the ones that he shouldn’t really.

The actor also took this opportunity to share of how great a critic, his son makes for, as he’s transforming into a movie buff.

She captioned the video as, “@PrattPrattPratt’s son has seen all of his movies… even the ones he probably shouldn’t have”.

Chris Pratt is an American actor and a comedian, known for starring in blockbuster films such as, ‘Guardians of the Galaxy’, ‘Jurassic World’ and ‘Avengers:Endgame’, while serving as the voice of ‘Emmet Brickowski’ in the ‘Lego Movie’.

A noose found at construction site of Amazon again, all work paused