Take a look at the fashion rendezvous made by the Marvel star Elizabeth Olsen on the red carpet. Also, witness her fashion revolution from being just a star to a global icon. 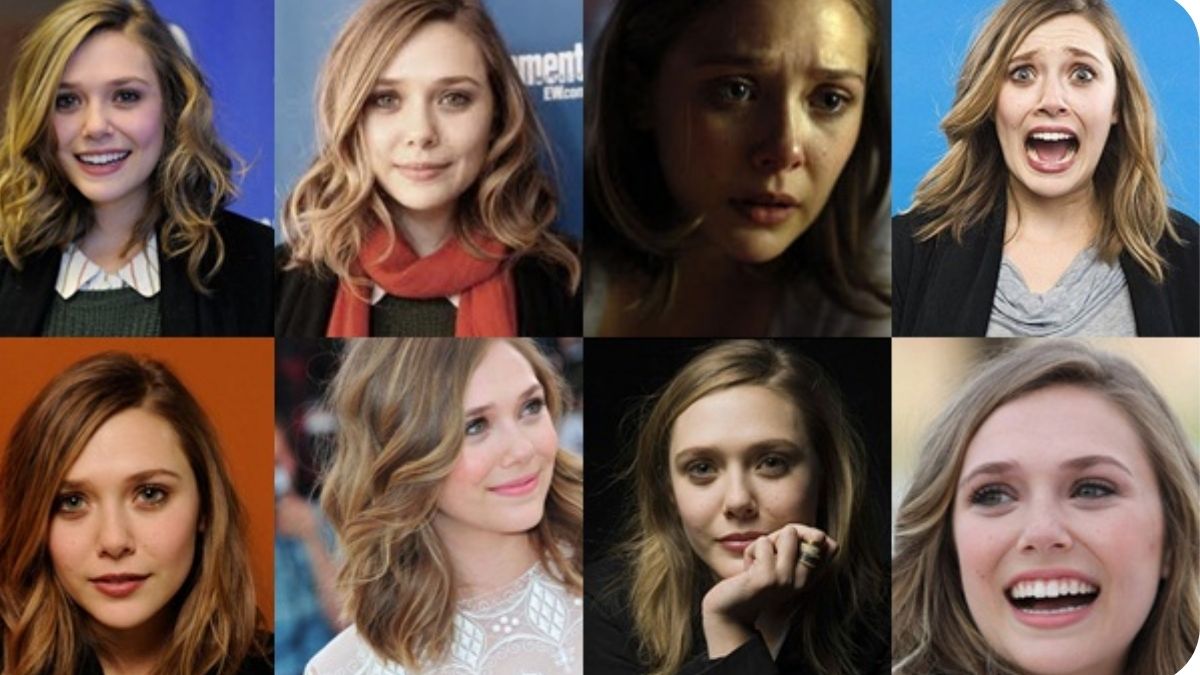 Elizabeth Olsen became a household name under the umbrella of her sisters Kate and Ashley Olsen. However, today she got her own identity covering the whole world being a Marvel superhero. With the revolution of her role-playing characters in different movies, her sense of fashion and style also saw a stunning revolution.

Today, Ms. Olsen is known for being one of the most fashion-forward women in the entertainment industry, and we are here to take you through her style evolution from her first red carpet till today. 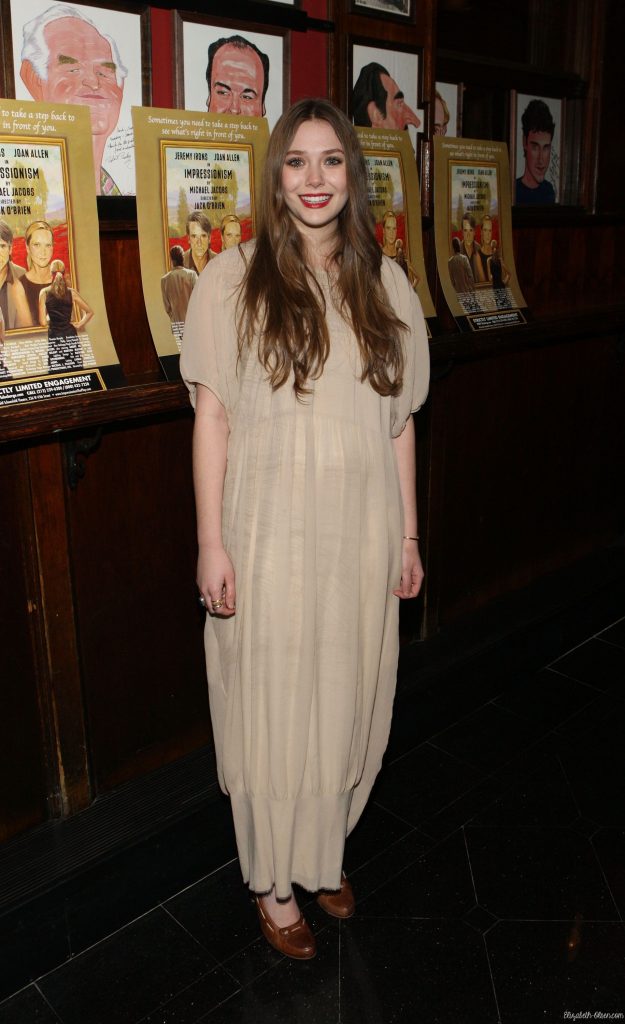 In 2009, Olsen was seen wearing a flowing beige dress to the Impressionism Broadway Opening Night after-party. The casual dress with wavy hair was a simple yet classy look that Elizabeth pulled off effortlessly. A bold red lip definitely added that extra edge to the look. 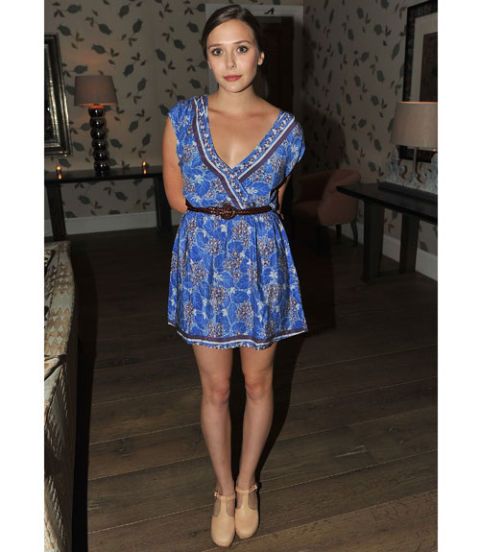 Elizabeth wore a blue floral mini dress to the screening of her 2010 movie Mao’s Last Dancer. The queen paired the look with nude makeup, sleek styled hair, and a neutral beige pair of pumps that gave her a country girl look. 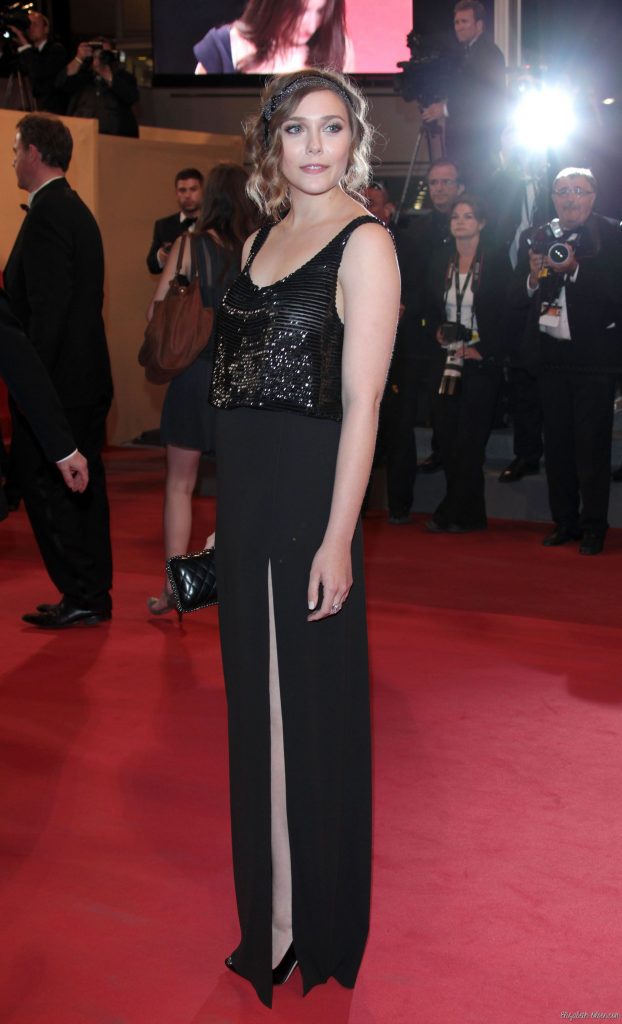 A black dress is a must in every girl’s wardrobe! Elizbeth Olsen followed the classy trend wearing a tight high slit black dress to the 2011 Cannes Film Festival. It was an all-black look with a black purse and metallic black stilettos.

In 2011 her fashion statement saw growth when she wore the classy metallic long A-line Calvin Klein dress to the ELLE Women in Hollywood event. The sleek straight hair, paired with a metallic gold purse and light smokey eyes, complemented the look perfectly. 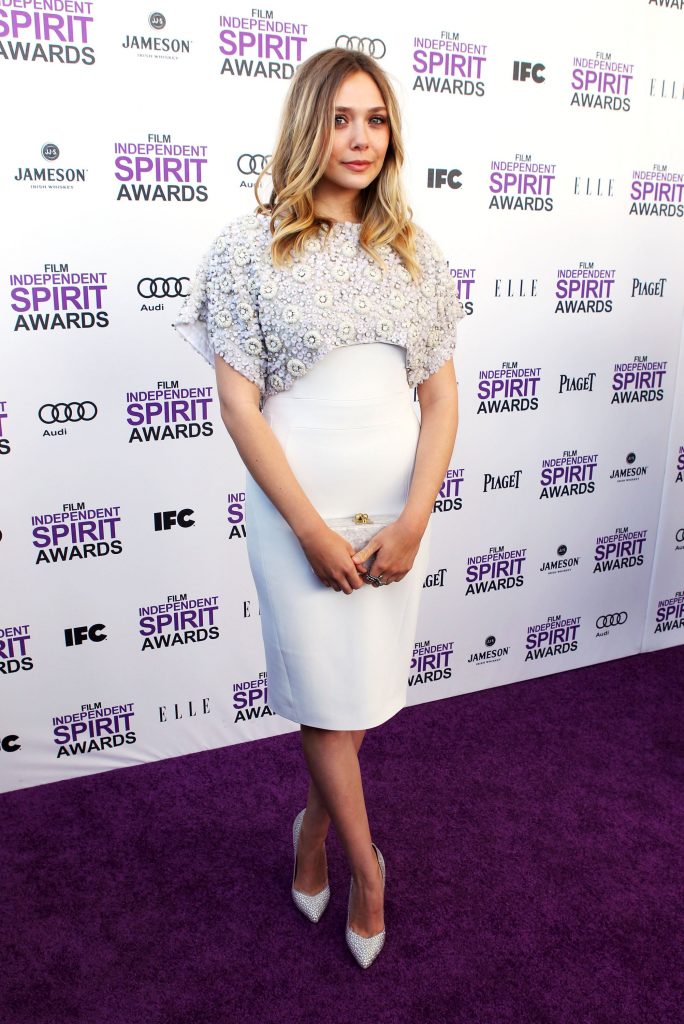 It was in 2012 when Elizabeth stunned everyone wearing an Antonio Beradi dress for the red carpet of the Film Independent Spirit Awards. The embroidered white blouse with a plain milk-white bottom gave her that sassy yet classy look. The addition of mate white pumps and beach waves added that extra oomph factor to the look.

Who can forget the classy Oscar dress of Olsen in 2012! Wanda wore a black Dior gown to the red carpet of Oscars creating a buzz around her fashion choice. A black purse, nude smokey look, and free wave curls created the look altogether.

Elizabeth Olsen stunned the fashion onlookers with her 2014 Elie Saab gown which she chooses for Godzilla European premiere. The stunning net see-through dark blue dress was a huge fashion statement on the red carpet. We even loved the way she paired it up with straight hair, minimal jewelry, and black strap heels. 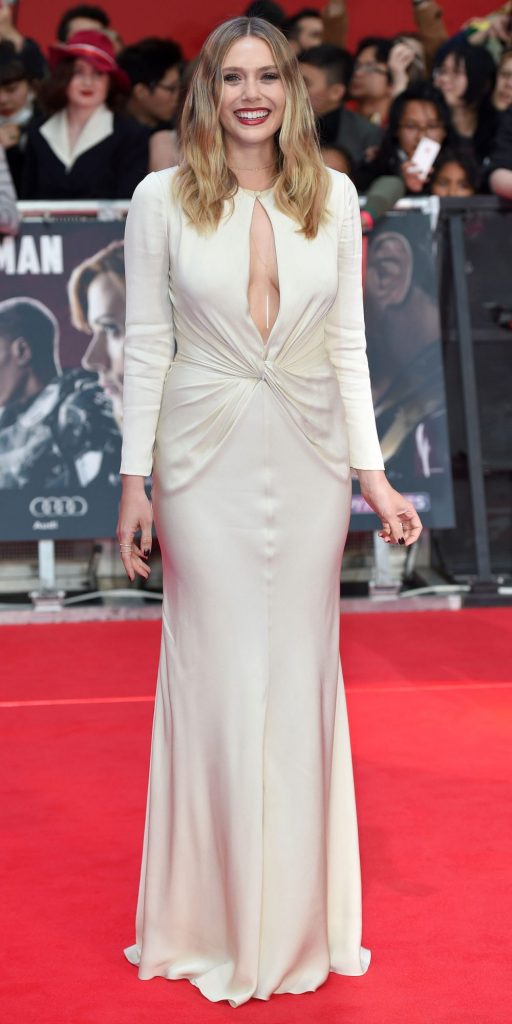 In 2016, Wanda showed up wearing a stunning long-sleeved deep neck cut gown that made all the eyes stick on her, even Captain America could not get his eyes off! The stunning silk dress was paired with red bold lips and a stunning statement ring.

The woman seriously wonders when it comes to making a statement! At the 2017 Cannes Film Festival, the avenger girl wore a deep neck sparkling pink Miu Miu gown that rocked the red carpet. An up-tight hair, peachy makeup, and diamond earrings completed the look with an oomph. 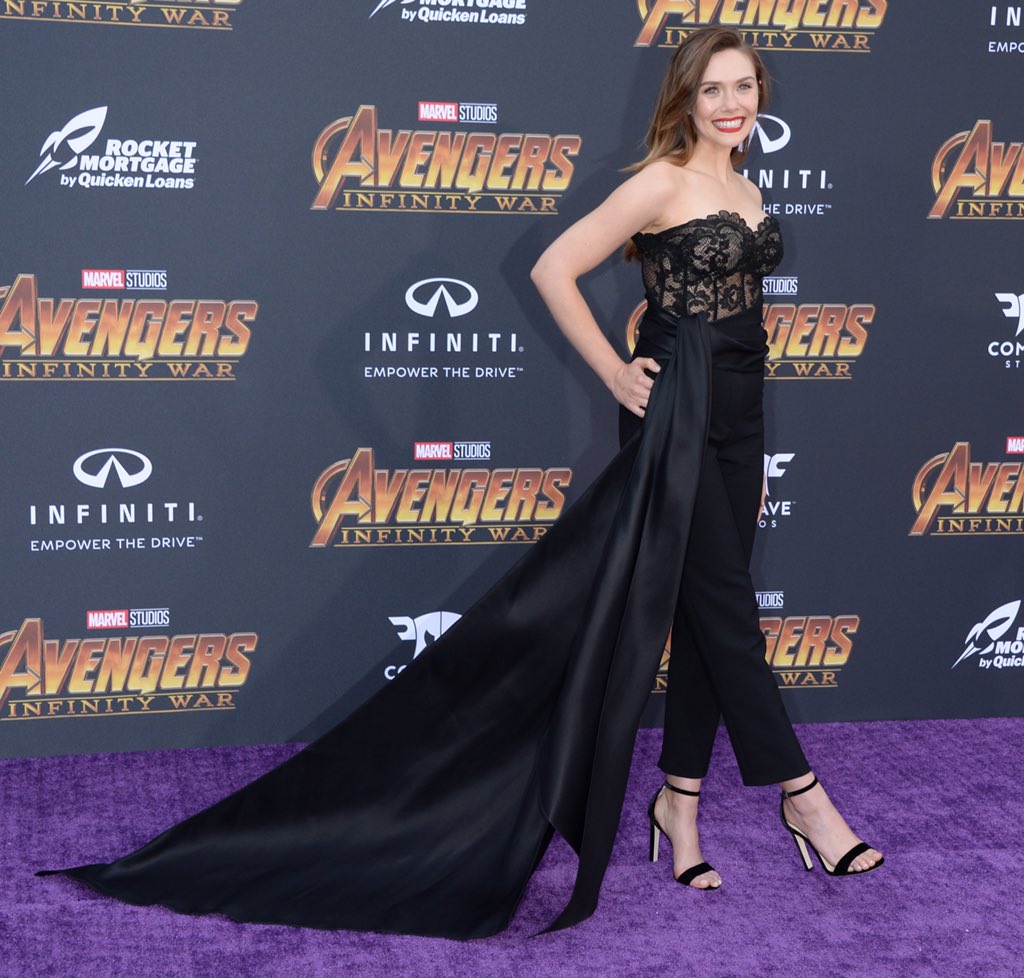 The fashion world was stormed when Elizabeth wore a black Oscar Del La Renta corset suit to the Avengers: Infinity War premiere. With the red lips, sleek back hair, and a touch of glamour, this look is to die for!

Ashley Benson channels her inner quirk in this fun selfie