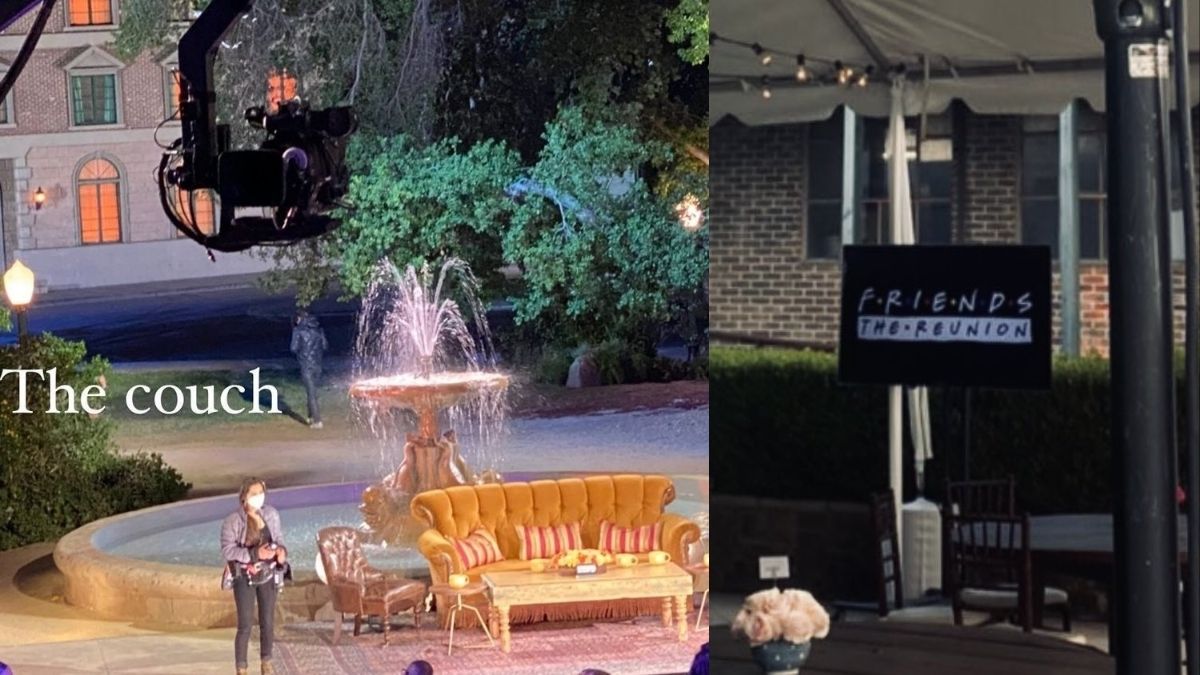 It’s hard to keep calm as F.R.I.E.N.D.S. Reunion has wrapped up the shoot. The sitcom will soon be streamed on HBO Max.

Earlier David Schwimmer aka Ross Geller had talked about the special reunion episode and confirmed that the cast will be seen as their ‘Real’ selves and not “Reel’ or in the character. In an interview on The Graham Norton Show, he said, “There’s nothing scripted, we’re not in character. We are all ourselves, although there is one section of it that I don’t want to give away, but we all read something.”

After the pictures from the sets of the episode started breaking the internet, netizens got emotional over it. Several users shared the ‘Then vs Now’ pictures from Friends. In the photos, the iconic couch was seen in front of the fountain. There were a table and chairs as well.

See how the Twitteratis are reacting fully of emotions:

One of the users couldn’t control themself  from expressing and wrote, “stop crying, they’re just a sofa, a fountain, a table and chairs”

all these updates from the reunion shoot is making me so emotional! we’re getting the FRIENDS back together real soon😭😭😭😭 pic.twitter.com/OyeFi2IGc2

Me after seeing the first pics / videos from the #FriendsReunion taping. pic.twitter.com/7jR5WPKWYO

I’ll be there for you, like I’ve been there before💃🥺 #FriendsReunion pic.twitter.com/8erG2j3SvG

Earlier, the episode was supposed to stream in 2020 but it got delayed for another year due to the COVID-19 pandemic. But, now the wait is over and it will be aired soon.

F.R.I.E.N.D.S. consisted of 10 seasons between 1994 and 2004. The sitcom gathered amassed a huge fan-following spanning generations. It was also nominated for 62 Primetime Emmy Awards and won the Outstanding Comedy Series award in 2002.

FRIENDS Reunion cast wraps up the shoot; See the BTS pics that are going viral