Hollywood’s favorite couple, Blake Lively and Ryan Reynolds are surely made for each other and the way they troll each other is epic. 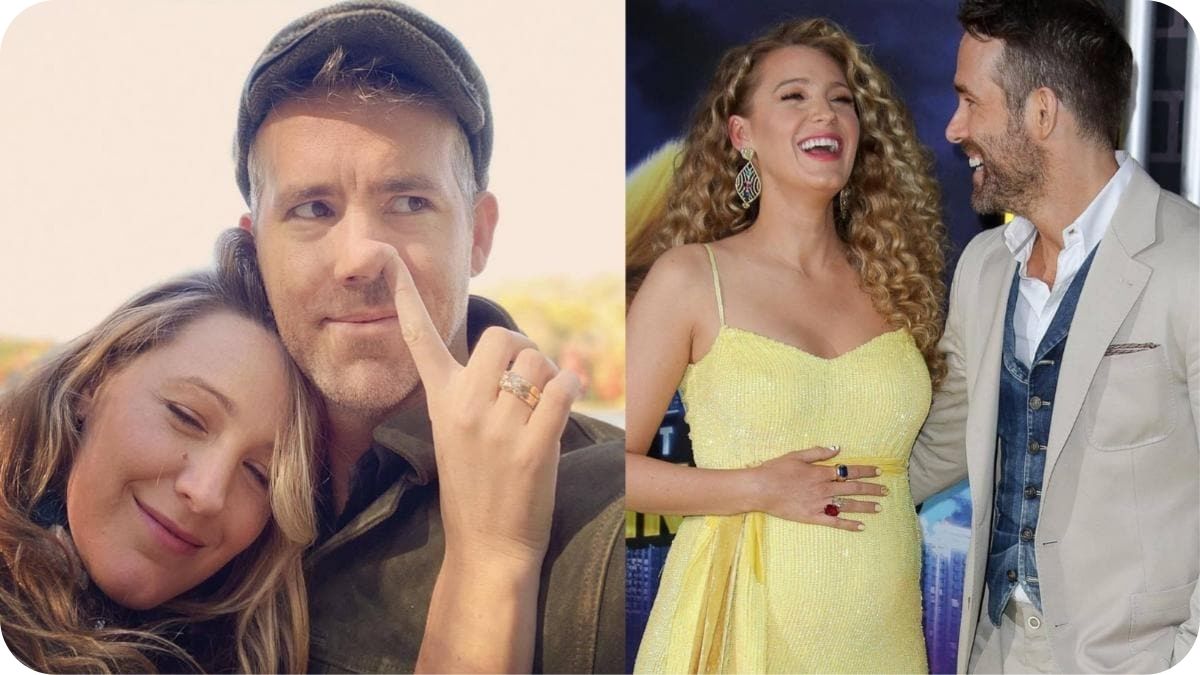 Laughter is the key to every succesful relationship! And it is true. Looking at Hollywoods most romantic and funny couple, Ryan Reynolds and Blake Lively, we can surely say that love is definitely in the air. 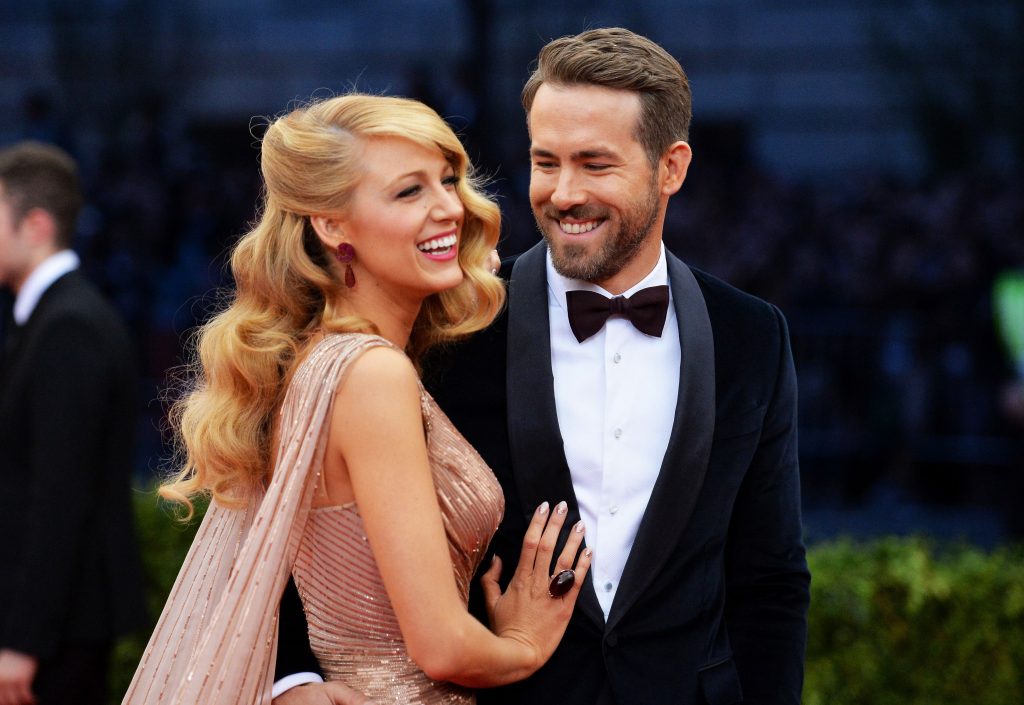 Married since 8 years, the couple express their love through trolling each other hard on social media. The couple met during the filming of Green Lantern and have been soulmates ever since. Here are some of their online antics that will make you laugh and adore them even more. 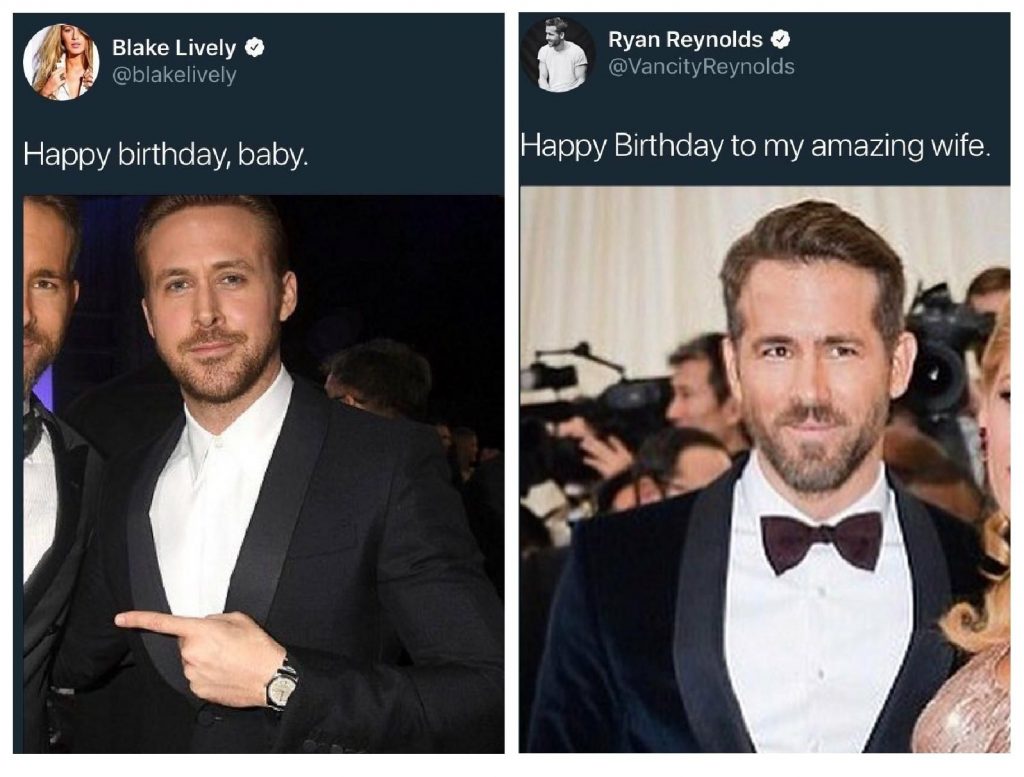 Remeber when Ryan Reynolds posted picture of himself and Blake on her birthday with he looking stunning and she, cropped out? The post was too hilarious to be taken in and the most epic part of all was that Blake’s reply. Mrs Reynolds waited till Ryan’s birthday to take out the revenge guns posting a picture of him and Ryan Gosling together with Reynolds cropped out. The funniest was the caption which read, “Happy Birthday baby” with Gosling pointed at cropped Reynolds. Hillarious!

A parody account once took the liberty to post a comic picture of the “Deadpool” star on their Instagram account and what happened next was epic! Lively on seeing the post commented “Please stop stealing my personal photos” on the picture where Reynolds face was photoshopped on a guy wearing underwear and a “Fun” t-shirt. 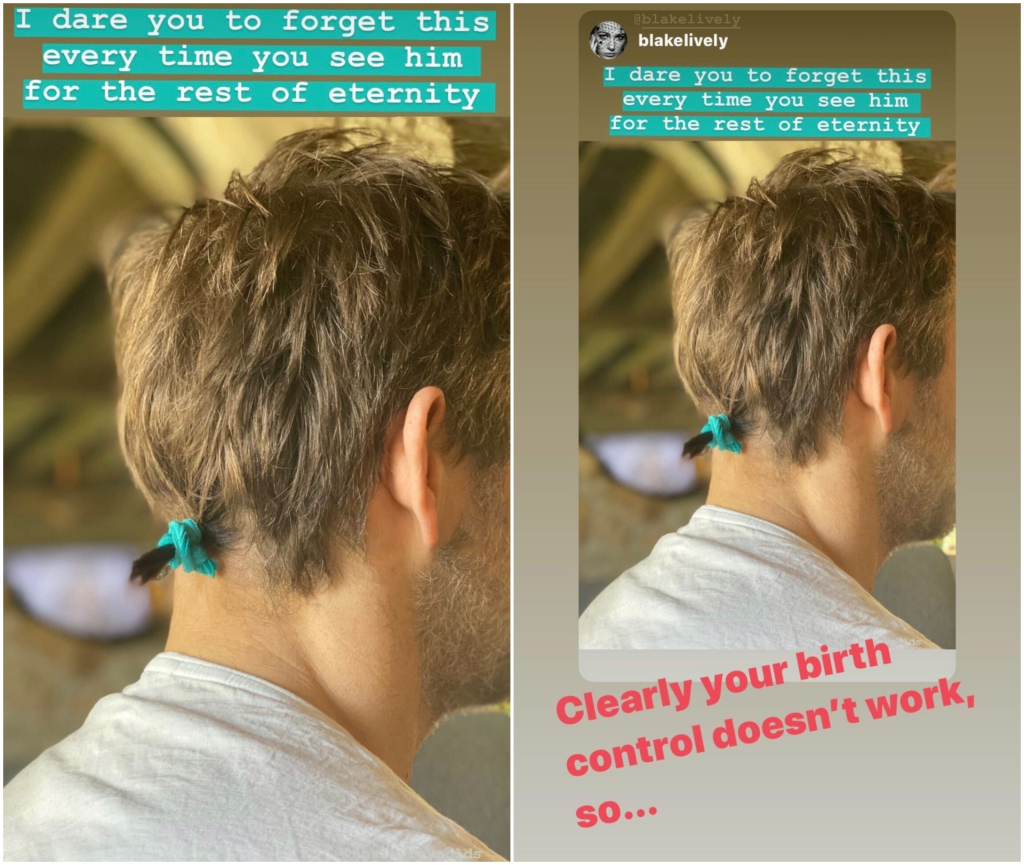 It was not so long when Blake Lively posted a hilariously picature of Ryan with a teeny-weeny ponytail on her Instagram story with a caption “I dare you to forget this every time you see him for the rest of eternity.” The moment got more hilarious when Ryan snapped back with a repost captioning it “Clearly your birth control does not work.” An inside joke may be! 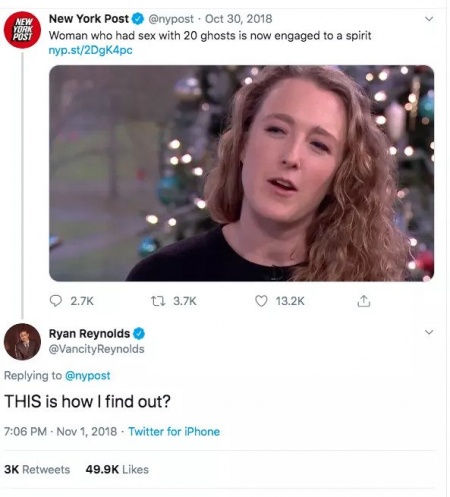 When New York Post tweeted a lookalike and unattractive picture of someone to Lively with an appealing caption about her marriage to a spirit, Rynolds comment made it go viral. Rynolds commented ” THIS is how I find out?” responding to the caption posted. The humor play against the media giant was top notch!

When Ryan posted a sexy video of him from his movie Buried using it as a product placement for his Aviation Gin brand, Lively’s comment and his response made it even more popular. Blake responded saying “I think this just got me pregnant” to which Ryan sent out a out-of-office note to her via Instagram. They surely do crack eachother out!