The famous reality show, Keeping Up With The Kardashians, with a total of 2.7 million viewers, came to an end in June 2021. Here is a throwback to ten of the most memorable moments of the show. 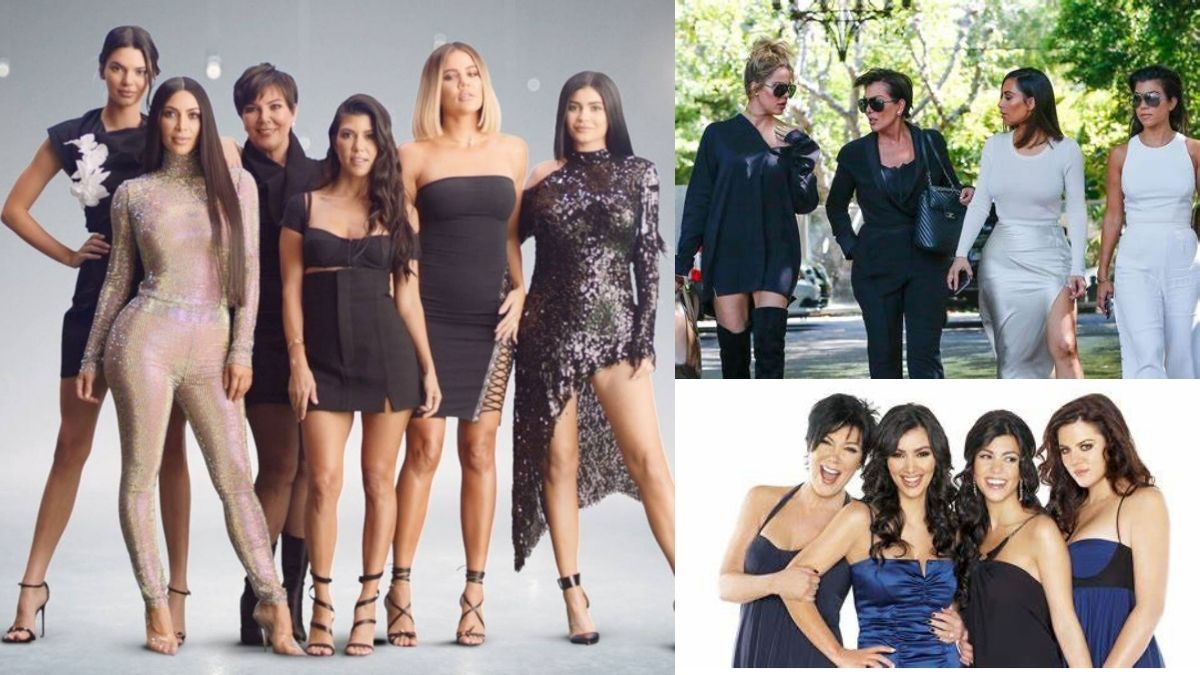 ‘Keeping Up With The Kardashians’ was an American reality show that focused on the lives of the Kardashians and the Jenner family. Airing for almost 14 years, it came to an end after the release of its reunion episode in June 2021.

With a lot of drama taking place, the show left its viewers entertained for more than 20 years. Here is a list of some of the most memorable scenes from the show.

#1. Khloe casually talking about going to jail and Kim taking selfies on their way

On the way to jail, Khloe casually says “Today I am going to jail and I just wanna get it over with and never have to worry about it again leaving the viewers worldwide entertained. But that was not all. On the other hand,  Kim could not resist taking pictures of herself. The moment lead to Kris getting pissed till she eventually snapped at her and said, “Kim, would you please stop taking pictures of yourself? Your sister is going to jail.”

With Kourtney unable to make some time for their family’s annual Christmas card in her schedule, the conversation ended up turning into an argument between Kim and Kourtney. In the heat of the moment, Kim ends up calling Kourtney “the least exciting to look at”.

#3. Kim losing her diamond earrings in the ocean

During a family vacation Kim’s Ex-husband, Kris Humphries, ends up tossing Kim into the ocean. However, the moment she is in the ocean she realizes that her diamond earrings were gone. The episode ended up turning into a mess with Kim losing her cool and everyone searching for the earrings.

During the 8th season, Scott Disick pretends to be Todd Kraines ( the oldest family friend) as a payback. He ends up prank calling Kris Jenner saying, “Aunty Kris, it’s me, Todd Kraines. I’m having dinner. I am eating placenta” leaving the latter to think of it as a creep. He even ends up sending her flowers.

Season 2, Episode 7 is one of the most loved episodes by the audience.  Kim overheard Khloe and Kourtney talking behind her back in a room while eating to which she ends up responding by opening the door, swinging her purse at them, and ends up throwing light punches three times but misses all of them.

#6. The Kardashians and Jenners doing impressions of each other

Season 17th finale has been another one of the most remembered episodes by the fans. The Kardashian sisters and their mom ended up impersonating each other with wigs and costumes leaving the audience all over the world entertained.

Kris ends up going with Kim to a naked photoshoot for Playboy during season 1, episode 4. During the photoshoot, Kris encourages her by saying, “You are doing amazing sweetie. ” The catchphrase becomes popular after the scene went viral on various social media platforms.

During the 4th season, Kris ends up mixing Viagra in coffee meant for Bruce. However, Rob ends up drinking the coffee which eventually makes him go to a hospital. When Kris realized the mix up she ended up confessing about what might have been the cause for Rob to see a doctor.

While getting ready for an interview Kim finds out about Tristan and Jordyn through a friend and she immediately calls Khloe, Kourtney, and Kylie. They have a conversation about the whole situation and realize that Tristan cheated on Khloe with Jordyn. Jordyn was Kylie’s childhood best friend.

#10. Kourtney’s decision to take a break

During the 18th season, Kourtney decided to leave the show. Her desire to leave arises from a heated argument with Kim. Khloe asks them to stop arguing because her daughter is sleeping. Later she tries to break the fight when both of them start slapping each other.