Here are Top 5 Inspirational Quotes by the Queen- Oprah Winfrey 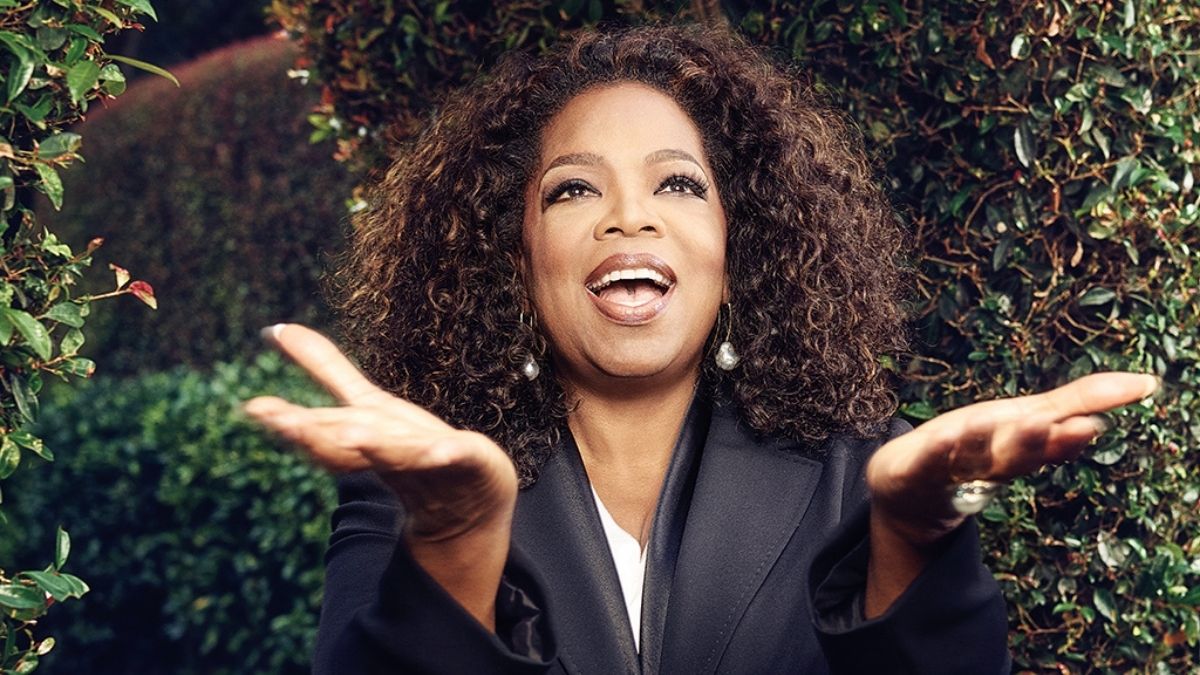 This is not the usual proposition of Black thingy’s or Women thingy’s that would make a certain curve in the readership but those who have been in at least one struggle on their life time that’s worth remembering since then, the story of Oprah Winfrey isn’t something what others are talking about her or that she is talking about her but her life story that is everything you need to be inspired who ever you are, what ever you are at!

She recently tweeted this and this looks like the moment to talk about someone truly inspiring:

Oprah Gail Winfrey or known by her popular name Oprah Winfrey, is known for her show The Oprah Winfrey Show, in WLS-TV Chicago. It aired 25 seasons with Oprah as its host since January 2, 1984 as is still the highest-rated daytime talk show in American television history.

Her career has ever been a wonder story ever since her first radio at the age of 19.

Oprah had been raised by her grandmother in her early childhood when poverty was all around her Black American family that hailed from Mississippi. According to an article from the Telegraph, she had worn clothes made from potato sacks for school. Her hardships were just beginning. She had been a subject for sexual abuse at the age of 14 which got her pregnant, but she lost the baby boy who was born prematurely after a while.

For a girl with tragic and terrifying backstory, Oprah did more than good at her studies. She was really good at drama and speech in her school for which she later received a full scholarship to Tennessee State University. At the age of17, she won the Miss Black Tennessee beauty pageant which gave her the opportunity to be hired to work by a local radio station.

History was in the making the whole time. Winfrey got transferred to Chicago and her morning talk show AM Chicago was renamed as The Oprah Winfrey show for the time to come.

The lady who has become the ” Queen of All Media”, The Richest African American of 20th Century etc., the talk show host, television producer, actress, author, and philanthropist have more than just words that are inspiring. Have a look:

“Turn your wounds into wisdom.” 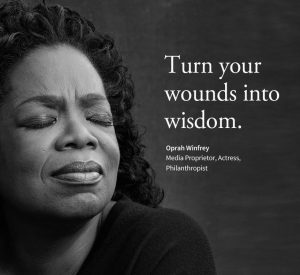 Learning is a non stop process. It is important to learn from our wounds. Wounds often make the wisest.

“Doing the best at this moment puts you in the best place for the next moment.” 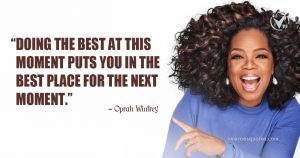 People often forget that Lucky is the one who has prepared himself for the opportunity. Its not just about living in the moment but making it count every time. 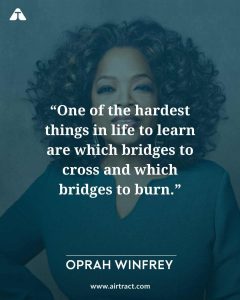 Its okay to make hard choices, but you have to have a strong will focused at what you intend to achieve. Never look back or doubt yourself once you have made the decision.

“If you are still breathing, you have a second chance.” 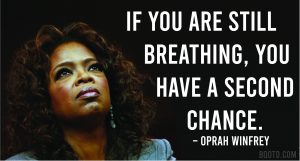 Nothing is over until you say its over. There’s no power that can defeat your struggle for a better day if its not you.

“Everybody has a story. And there is something to be learned from every experience.” 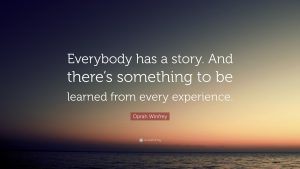 You and your problems, are with everyone. It is only those who learn from experience that have the upper hand. And because you only get one life time of experiences, it is important to hear, learn and respect everyone’s story.