The Olympic Games are a celebration of sports, athleticism, and mental strength designed to promote a feeling of synergy amongst the masses. It is the unification of different cultures, races, and ethnicities under the supposedly protected blanket of sports and athletics. A time when political feuds and battles are ostensibly sheathed. The International Olympic Committee (IOC) even promotes the concept of an Olympic truce, a policy that existed during the ancient Olympic Games. Nevertheless, politics has found its way to creep into the Games and disrupt the true essence of the gathering. Throughout its history, the Olympics have experienced boycotts, propaganda, and protests.

Here is a list of seen such instances of politics playing in the Games:

In the year 1931, Berlin was voted to host the 1936 Olympic Games. However, just after two years, the Nazi Party rose to power in Germany. Western countries proposed the boycott of the Berlin Olympics on account of horrific reports coming out of Germany regarding appalling racist policies and gruesome human rights violations. Nevertheless, a total of 49 countries attended the Games in 1936, the highest count for any Olympic Games so far.

The German government grabbed the opportunity to portray Germany as a progressive nation while furthering its Aryan-superiority propaganda, which was specifically prohibited by the IOC.  The IOC mandated the German government to field qualified Jewish athletes on their team, resulting in Helene Mayer representing Germany in women’s fencing.

Post-WWII, both Germany and Japan did not receive an invitation to the 1948 London Olympics. Whereas, the Soviet Union even after being invited refused to send a team. London was still reeling from the devastation caused to it during the Second World War and was in a crunch for time to prepare for something as grand as the Olympic Games. Eventually, pre-existing sport and housing centers were used for the competition. Wembley Stadium was the hub of all things important for that year’s Games. Allegedly, German POWs were made to construct the Wembley Way, a path from the London Underground to the stadium. 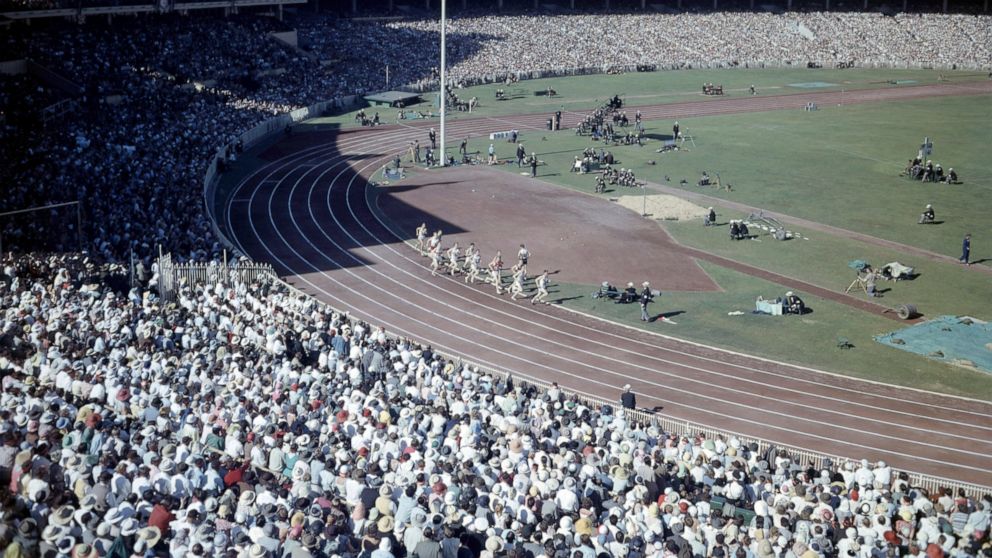 The 1956 Melbourne Olympics was attended by fewer than 67 countries due to the prevalence of two protests. The Suez Crisis in the Middle East reached its pinnacle when Israeli troops invaded the Sinai Peninsula in October 1956. Subsequently, Egypt, Lebanon, and Iraq announced their boycott of the Games to protest the Israeli invasion and support its allies. Meanwhile, the Soviet army had invaded Budapest, Hungary, merely weeks before the opening ceremony. In protest of the second invasion, the Netherlands, Spain, and Switzerland refused to attend the Games. However, Hungary remained and squared off with the U.S.S.R in a heated water polo game. 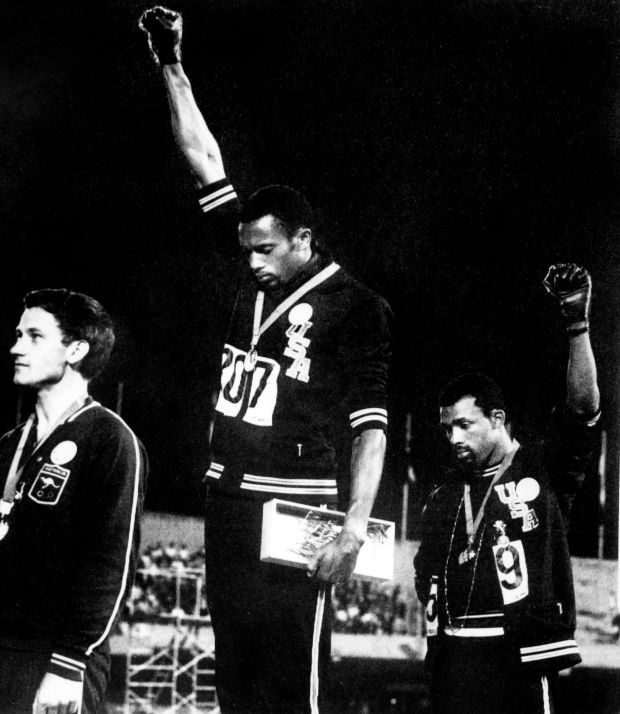 The 1968 Mexico City Olympics observed two major political events. Mexican students staged a protest in the Plaza of Three Cultures (Plaza de las Tres Culturas) in the Tlatelolco region of Mexico City,  just ten days before the opening ceremony was scheduled to take place. The students were protesting against the use of government funding for the Games rather than social programs.

This resulted in the Mexican army surrounding the plaza and open firing, killing over 200 protesters and injuring over a thousand more. The incident of brutality came to be known as the Tlatelolco massacre.

Meanwhile, U.S. sprinters Tommie Smith and John Carlos protested their country’s treatment of black citizens at the men’s 200-meter award ceremony. The iconic moment had them take the first and third place on the podium barefoot with bowed heads and a single black-gloved fist raised in the air. The American sprinters were joined by the second-place Peter Norman from Australia who also wore a human rights badge. Smith and Carlos were consequently banned by the IOC and the U.S. Olympic Committee. 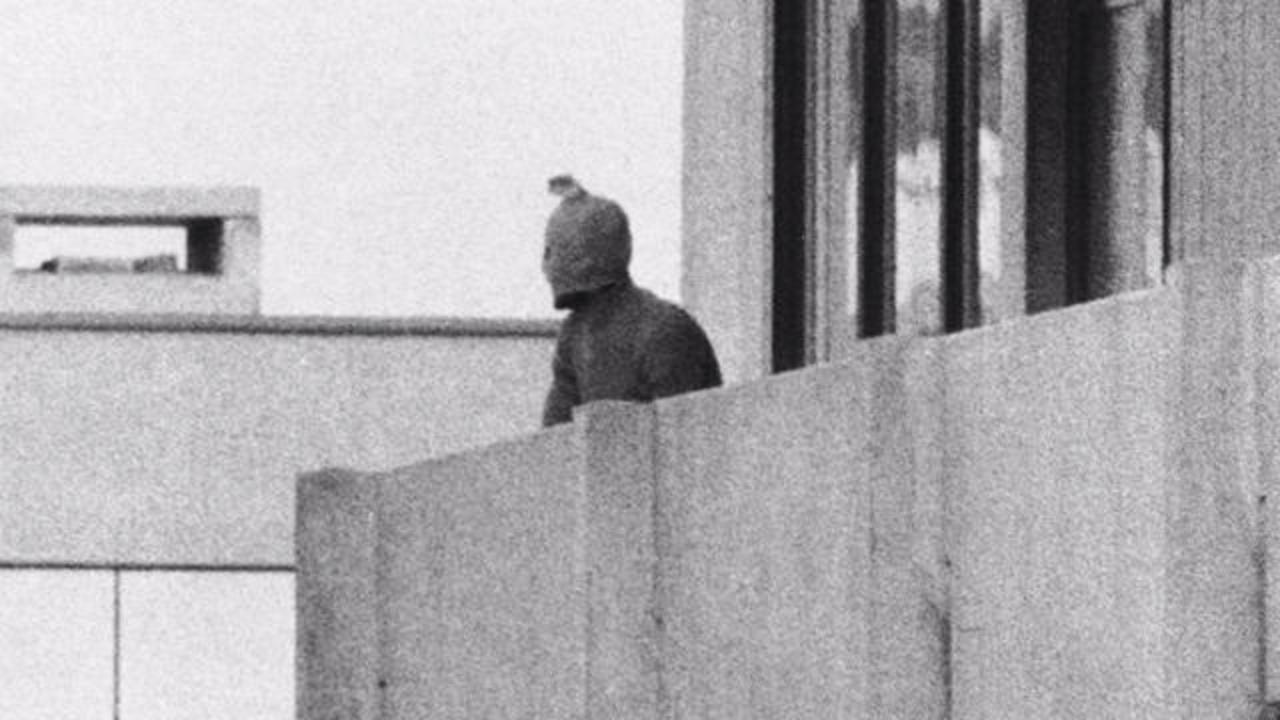 After the IOC refused to ban New Zealand from the Games, around two dozen countries majorly consisting of African nations, boycotted the 1976 Montreal Olympics. The reason behind the outcry was the tour that the New Zealand rugby team took to South Africa, a country banned from the Olympic Games since 1964 due to its discriminatory apartheid policies. Unfortunately, the boycott was not enough to ban New Zealand from the Olympics but did manage to make a dent in the financial and athletic sectors of the Games. The boycott went on to garner worldwide attention towards the apartheid policies in South Africa, leading to the South African team being welcomed with anti-apartheid protests during their tour to New Zealand in 1981.

The Rio de Janeiro Summer Olympics featured the first-ever Refugee Olympic Team (ROT) consisting of ten refugee athletes. The purpose being the creation of this team was to bring the refugee crisis to the international forum. Athletes originating from Syria, South Sudan, Ethiopia, and the Democratic Republic of the Congo were picked to be part of the squad and were trained in a host country (Kenya, Belgium, Luxembourg, Brazil, or Germany). The athletes entered the opening ceremony before host country Brazil, carrying the Olympic flag.

Japanese Alternative meat venture Next Meats will be constructing its own eco-friendly factory, dedicated to alternative protein products