Kate Hudson reunites with Kathryn Hahn after 18 years and shares a selfie with her while on the set of knives out 2. 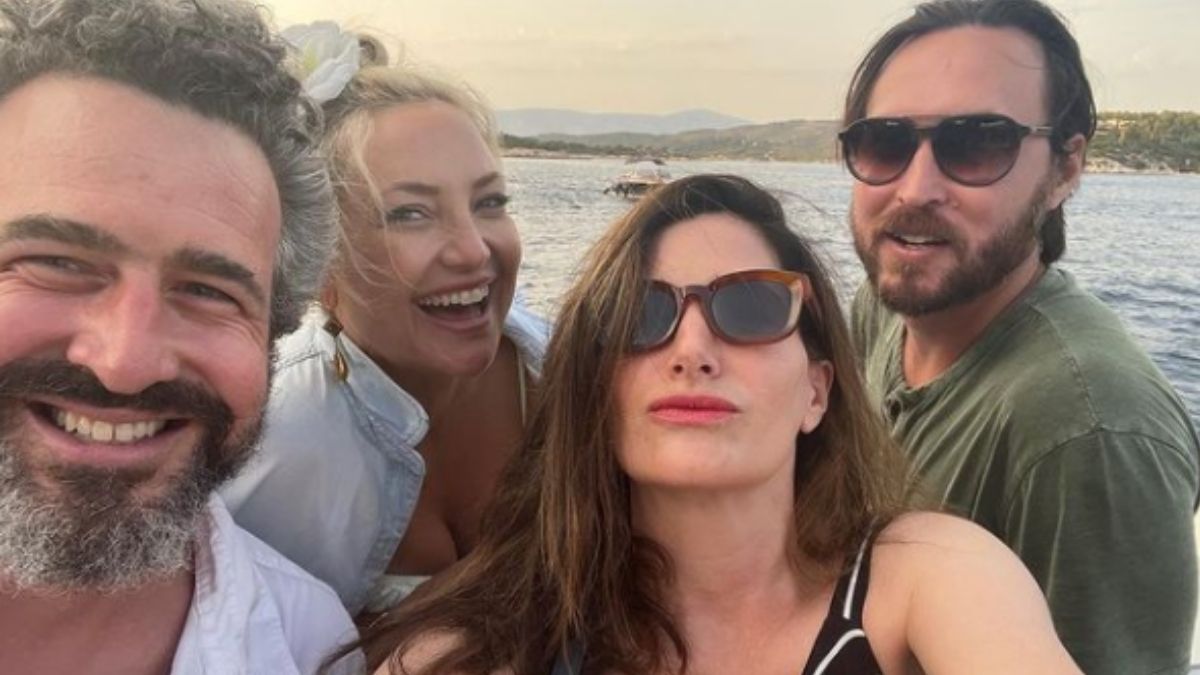 Kate Hudson is an American author, fashion entrepreneur, and actress. She became a prominent personality after starring in the movie ‘Almost Famous’ released in the year 2000. She won a Golden Globe Award for the same.

Kathryn Hahn American comedian, and actress. She gained popularity in the year 2001 when she was cast in the TV series ‘Crossing Jordan’. She has won 18 awards and had 37 nominations.

Both Kate Hudson and Kathryn Hahn starred in the movie “How to lose a guy in 10 days” that was released in the year 2003. The movie revolved around Benjamin who was challenged by his co-workers to make a woman fall in love with him and Andie who had to write an article on how to lose a man in 10 days. Kathryn played the role of Michelle Rueben and Kate played the role of Andie.

The two of them are now working together on a film called “Knives out 2”. The shooting is taking place in Greece. Reuniting after 18 years Kate could not hide her excitement for working again with Kathryn.

On Instagram, she posted a selfie with Kathryn, Danny Fujikawa(Hudson’s boyfriend), and Ethan Sandler (Hahn’s husband).

In the caption, she wrote, “Reunited baby yeah!!! If we can’t get Kathryn Hahn on @instagram then I’ll just keep having her take these pics with her selfie face and post them myself! Love and missed my bestie #datenight”

Ricky Martin talks about feeling free and accepted, after receiving a bunch of anti-LGBTQ comments