Keeping Up With The Kardashians Reunion: Here are the Top 10 moments you can’t miss

We have had a lot of drama and iconic moments throughout the 20 season long reality show, featuring the Kardashian and the Jenner families. Here are some more from the latest KUWTK reunion episode.

After years of drama and controversies between the Kardashian and the Jenner families, ‘Keeping Up With The Kardashian’ reality show has finally wrapped up, on June 20, 2021, ending it’s season 20th finale on a grand note, with a ‘Reunion’ episode to remember.

Full of juicy secret spills and dark revelations, opening about their past relationships to their present ones, this episode has some really iconic moments, that you definitely don’t wanna miss out on.

Read on to know more, about what made Kris breakdown, along with her daughters, Kylie and Kendall having suffered a ‘loss’.

Kim opened up on how she felt about getting famous earlier, and how she desperately wanted to be captured everytime she stepped her foot outside, saying, “I would stop off at Robertson’s, I would stop off at the Ivy to pick up something to go, even if it was some bread to go. I think I can talk about it because it’s so funny. I think people need to be more honest about those moments in life when you’re just super desperate and want that.”

The Kardashian also opened up on her infamous sex tape with ex boyfriend Ray J, that got leaked online and went viral in an instant.

She shared about it’s major role behind her’s and the show’s success, saying, “Luckily, I think that so many years have gone on and so many things have happened that it really erases that. That is something that I have to live with for the rest of my life. That is something that is being held over my head. I try to not live with any regrets, but it’s probably the one thing I wish didn’t exist. If I could erase any of the stupid things I’ve done in life, that’s probably it and it’s more so from being a mom than anything.”

#2 Khloe Kardashian on relationship with Tristan and Jordyn Woods

As Khloe and Tristan share a great bond, while co-parenting little True, the Kardashian shared about her continued trust for Tristan as her friend, despite of his cheating allegations with Kylie’s then bestie Jordyn Woods.

Khloe said, “I don’t know, we just really, really became genuine great friends with one another. It was just this natural progression…I definitely trust him as a friend.”

She added, “I forgive Jordan, or else I would be a prisoner in my life. I don’t care enough to ever hurt my sister.”

Talking about her relationship with ex husband Lamar, Khloe said, “Our marriage something in a way that there was not a lot of closure”.

Even though she wouldn’t think of getting back with him, she wishes only the best for him, and is appreciative of the fact that he had confessed about her mistreatment as a wife.

#4 Kourtney opened up on differences against the ‘Kardashian’ trio

The eldest among the Kardashian siblings, revealed about the competition and differences that people force against her sisters, talking about differences between herself and Kim and Khloe.

#5 Kourtney and Scott on each other’s dating lives

The duo have been doing quite a lot of media highlights lately, for their headstrong and PDA filled relationships.

As exes, Kourtney and Scott are on great terms with each other as well as their new found loves, being full supportive and approving.

On Kourtney dating musician Travis Barker, Scott told her, “I think if you really love somebody, right, you want them to be happy no matter what”.

“Whoever would make him happy, I would give my blessing,” says Kourtney when asked about Scott and Amelia’s relationship.

The duo have reportedly parted ways, not just because of Disick cheating on her, but majorly due to his substance addiction.

#6 Scott Disick on his kids, getting to know about his past onscreen 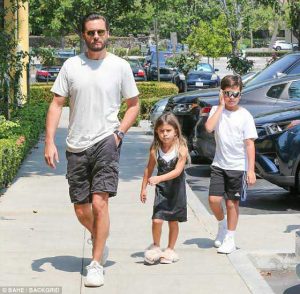 On talking about how he would feel upon seeing his kids confronting his controversial past onscreen, showing his fearlessness Scott said, “I’ve talked to Mason a little bit about things but not deeply. I don’t think any of them have any idea of the struggles that I’ve had but I plan to tell them because I didn’t have that growing up and I want to make sure they hear everything.”

The Jenner siblings opened up about their mixed feelings for father Caitlyn, who transitioned from Bruce, being happy on his coming out, but previously felt it to be a great ‘loss”.

Kylie revealed, “I want nothing more than my dad to live out her true self, genuinely. But it’s a transition, I think.”

She added, “I have such a great relationship with my dad. I love my dad. Growing up we were super close with my dad, so to mourn that person was hard…Just to say like, ‘Hey I’m still here, I’m still the same soul but I don’t want to be that person anymore,’ was hard, I think, to understand. But now that it’s happened and we’re here, I think it was a lot easier than I thought it was going to be.”

#8 Kris Jenner broke down after split from Caitlyn 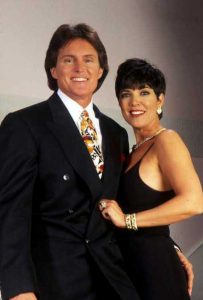 ‘Momager’ Kris revealed about the times when she felt sick and miserable, parting ways with husband Caitlyn Jenner.

Going through an emotional breakdown during her divorce, Kris revealed, “When you have kids, these girls being so young, you don’t want to share your feelings with everybody because you’re so confused, so, you just take a shower and cry in the shower and have a martini and start the next day.”

She further said, “I realized that I was not considering what Caitlyn was really feeling at the time, which is that she wanted to be who she is now since she was four years old.”

Talking about their relationship now, Kris shared, “We’re OK. When I see Caitlyn or talk to Caitlyn, it’s nice, it’s friendly. I think things are really good and I try to keep it that way for my kids.”

#9 Kendall on her romance with Devin Booker

The supermodel is doing quite well with her new NBA boyfriend Devin Booker, and the twosome are finally official, after Kendall keeping all her previous relationships under wraps.

Talking about her ‘type’ in guys, Jenner shared, “No, I don’t actually only date basketball players. I’m not ashamed that I have a type, and I’m also a genuine basketball fan…I just feel like it’s a private matter and not for anybody else to judge or know.”

#10 Khloe on Rob Kardashian, after his split from Blac Chyna

Khloe Kardashian gave an insight into brother Rob’s personal life, post split from girlfriend Blac Chyna, revealing, “It was not so much about physical appearance but a lot about how he felt internally about some of the women in his life and how they might have treated him or how he felt they might have used him to get to certain areas and levels and I think that really affected him. I think he’s just getting stronger and you have to get heartbroken and you learn from your mistakes.”