The three girls rocked the red carpet with their matching dresses and baby bumps and ended the it with a historic win. 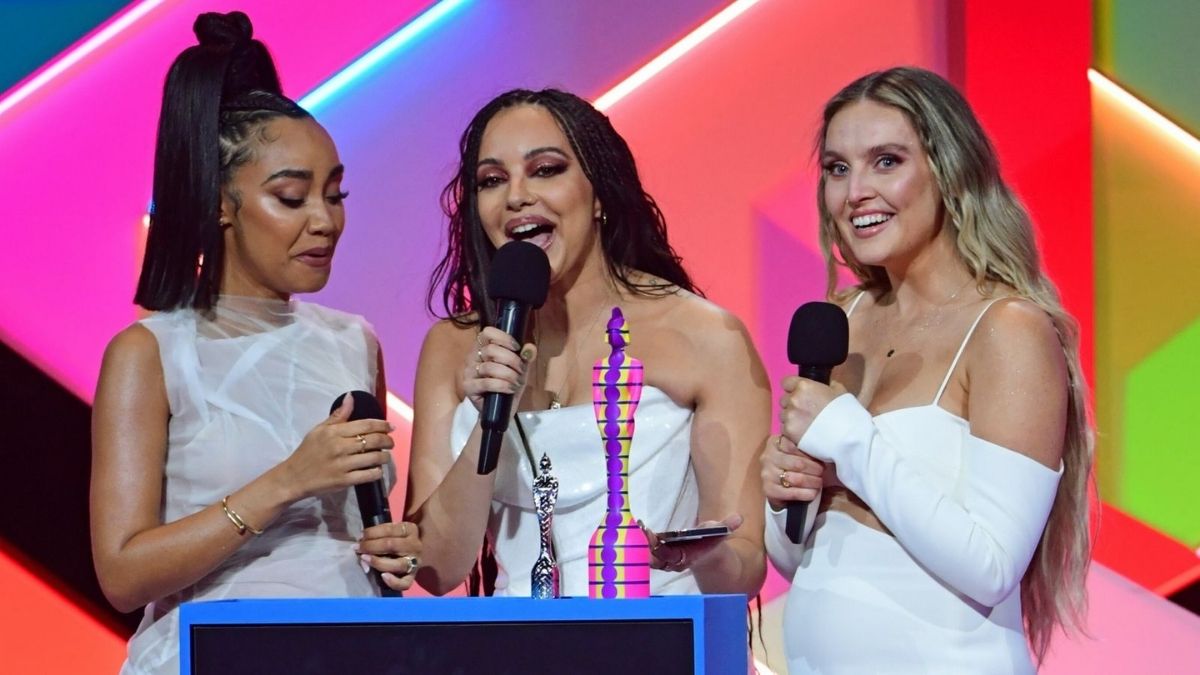 History was made yesterday, when the first ever all girls group, the Little Mix won the BRITS award for Best Group 2021. The bands official Instagram page posted a pic of the epic night with a pic of the trio rocking in their matching clothes and baby bumps.

Their recent album was the Confetti, which released last November after the departure of their bad mate Jesy Nelson. Tow of the members, Leigh-Anne Pinnock and Perrie Edwards recently announced that they were pregnant.

Pinnock announced she was pregnant through her Instagram post. Her boyfriend is the footballer Andre Gray. After the news, Edwards came up with her news that she was also pregnant. This time too the boyfriend is a footballer, Alex Oxlade-Chamberlain.

For their first time public appearance as trio on the red carpet, they wore matching outfits as they already had matching baby bumps for two of them.

In their acceptance speech they dedicated the award to bands including the Spice Girls, Sugababes, All Saints, and Girls Aloud and also made mention of their ex-bandmate and friend Jesy Nelson.

The band formed on The X Factor 2011 and where the first group to win it. The band has been together for 10 years.

US consumer prices spike the most since 2009