‘The Handmaid’s Tale’ Janine shares a glimpse of the latest episode, asking viewers whether they liked it. 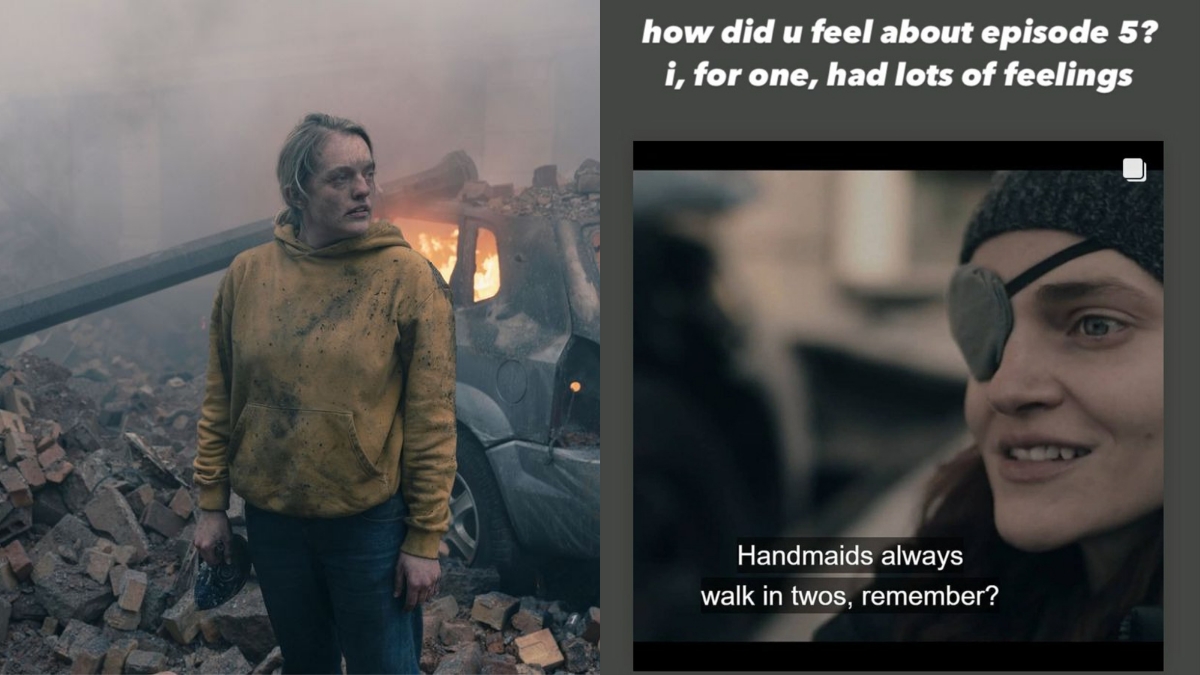 ‘The Handmaid’s Tale’ is a tragedy drama based on the lives of fertile women known as ‘Handmaids’.

These women are coerced into childbearing slavery by the totalitarian society of Gilead.

‘The Handmaid’s Tale’ Janine has taken to Instagram on May 12, to share a still from the latest episode of the series’ fourth season, asking fans about their opinions on the same. 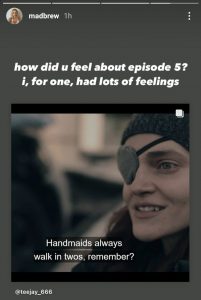 Sharing a fan’s post, who has tagged her, to her story, Madeline asks, “how did u feel about episode 5? i, for one, had lots of feelings”.

The actress has a question to ask to the viewers of her series: How did they like episode 5? While also sharing about her own opinion, that she had mixed feelings to it.

The post by the fan is captioned as, “Handmaids always walk in twos, Remember?”

It begins with June and Janine captured down by bandits. While Janine constantly has to spend the night with Steven, she begins having thoughts about herself being his girlfriend, to which June is quite pushy and doesn’t like it as she feels jealous and possesive of her friend, believing that Steven had pressurized Janine into sexual relationship with him.

After June leaves behind the hideout place of the bandits, Janine goes following her, as she would not be able to survive without her best mate and is ready to trade her happiness just to be with her.

Following a war scene, where bombs begin exploding all around, June falls unconscious. She wakes up to find debris everywhere, with ears ringing, and Janine nowhere in sight.

Now about the shocking reunion, it’s when June looks out for Janine only to find someone approaching out of fog and dust as June looks in daze. As it approaches closer and the face unveils, she is shocked to find that the person is none other than an equally shocked Moira.