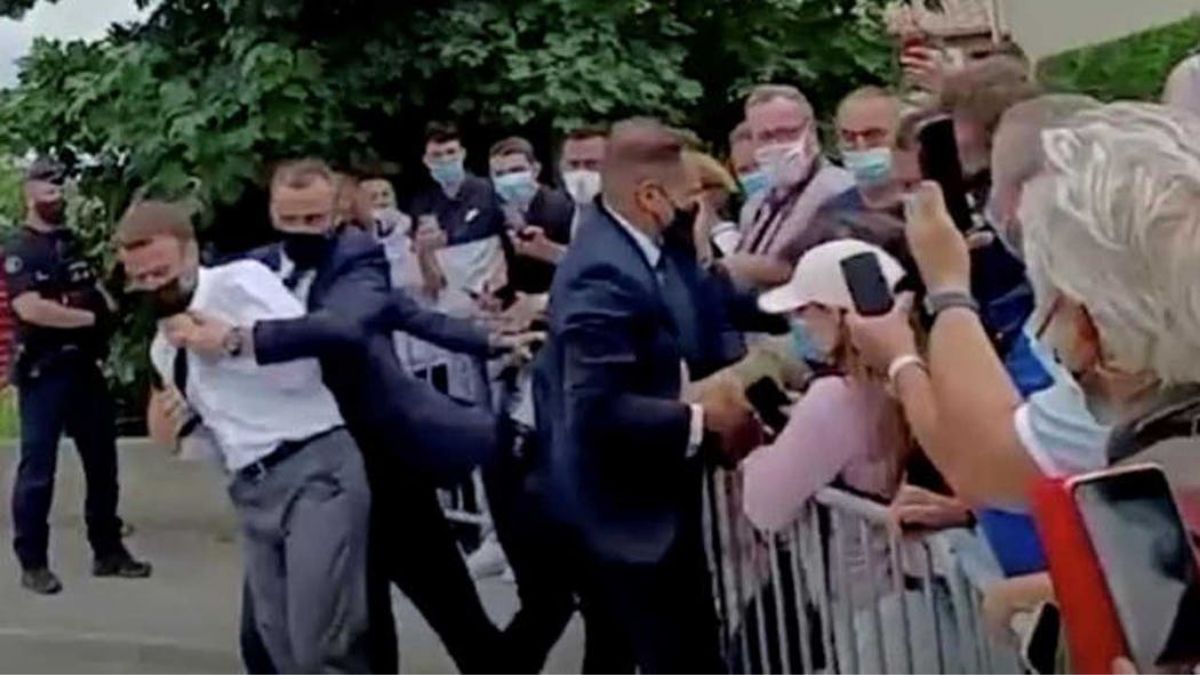 The man who was accused of slapping French President Emmanuel Macron in the face ran a club for fanatics of medieval swordsmanship and had no prior criminal history, two sources familiar with the inquiry said on Wednesday, reported Reuters.

A police source recognised the accused as 28-year-old Damien Tarel.

The man was described as a person who admired period role-play and never caused trouble, acquaintances staying in his hometown of Saint-Vallier, in southeastern France stated.

Tarel is undergoing an inquiry for an attack against a public official, the local prosecutor told.

The incident took place when Macron was on a visit to understand the country’s pulse after the pandemic and with less than a year for the next presidential elections to go on the floor, was slapped on Tuesday during a walkabout in southern France as he greeted a small group of people.

The president extended to greet a man, who shouted “Down with Macronia” and “Montjoie Saint-Denis”, which was the war-cry of the French army when the country was a monarchy and hit Macron across the cheek.