Actress Marina Ruy Burbosa took to Instagram to share stunning photoshoots for the clothing brand ‘Schutz’ as she looks hot and tempting in a brown bodycon attire. 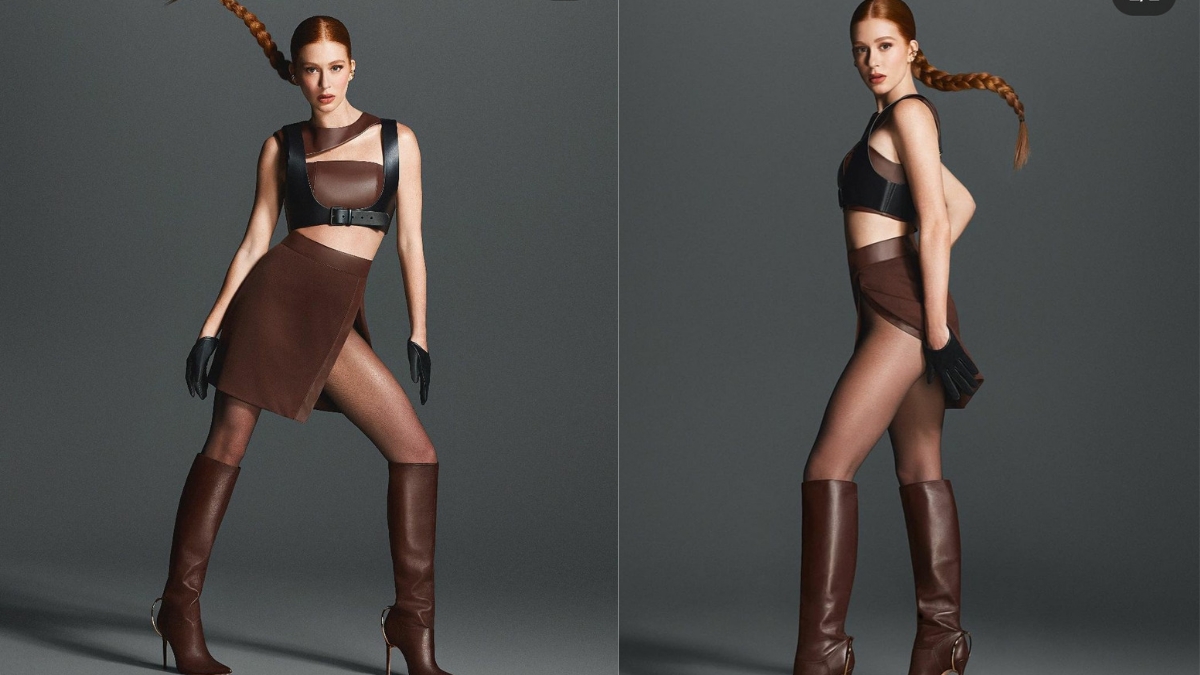 Marina Ruy Burbosa is a Brazilian actress born on June 30, 1995 in Rio de Janeiro to Paulo and Gioconda Ruy Burbosa.

She began her acting career as a child artist with her role in ‘Começar de Novo’  and went on to garner fame with her role as Nymphet Maria Isis in ‘ Império’  as an adult.

Marina is a popular figure when it comes to her style quotients and great fashion sense and is referred to as one of the most elegant Brazilian woman with red hair being her trademark.

The actress took to Instagram on May 4, to share stunning pictures of her photoshoot for the fashion brand ‘Schutz’.

Marina looks elegant as always in the couple of photos dressed in a sexy outfit by the brand ‘Schutz’ while tagging it in the caption below with a meteor emoji.

She can be seen posing in a tight black-belted brown tube top and a bodycon skirt with a matching pair of stockings, high heel boots and black gloves.

Marina’s red hair is parted in the middle and tied neatly in a braid, swinging in air away from her body.

The actress definitely aces the model look and the image of a true fashionista as she carries herself with utmost grace and elegance in any outfit she puts on.