Marvel Studios’ Loki: Here’s everything we know about the series, and you should too!

The Marvel Cinematic Universe has brought to life, our superhero in green, the greatest of all times, Loki! Read on to know everything about the upcoming series.

The Marvel Cinematic Universe has blown life into the already dead, our superhero in green, none other than the one and only ‘Loki’!

Having been the greatest of all times, Loki will be seen once again, making his presence on the big screen, enticing us all with his enigmatic powers and supremacy above all.

Read on to find out more about the character, from this upcoming Marvel series, right from it’s release date and trailer to the cast and storyline- 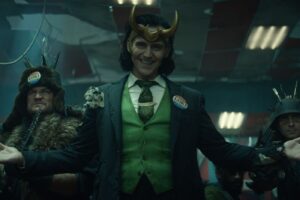 The all new ‘Loki’ will premier on Wednesday, June 9, 2021, and will be available for streaming on Disney plus, going forth with six amazing episodes, dropping a new one, every Wednesday, around midnight PST.

While the official teaser for ‘Loki’ is out, we know it seems quite promising for us to look forward to each episode with anticipation.

As we know our Jotunheim’s pride, Loki Laufeyson, was sent into an impending doom, by the hands of Thanos, right at the start of Avengers: Infinity War.

With four lead actors joining the cast of Loki, we are sure this one’s gonna be an award winning show- 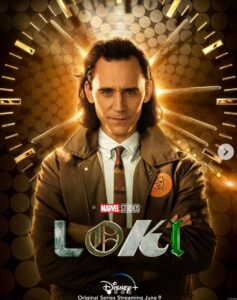 The man of the show, Loki will be played by Hiddleston, who represents Thor’s adopted brother, full of mischief and trouble. This time, Loki is not an original version, instead it belongs to an alternate time universe, which he’s creates for himself in Avengers: Endgame, and therefore, he’s yet to experience his murder at the hands of Thor in Avengers: Infinity War. ‘Black Mirror’s Gugu is here to play justice Ravonna, who sees through Loki’s investigation. TVA’s former hunter, is a close friend of Mobius, played by Owen, who insists on him to never invest his trust in Loki. 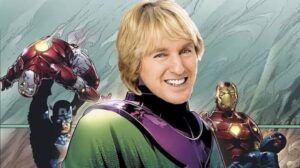 Played by none other than Owen, Mobius is a Time Variant Authority’s (TVA) special agent, who looks into dangerous criminals and their deadly crimes, by switching to different timelines. Even though he is well aware of Loki’s criminal records and history, he tries instilling his faith and trust in him, only for good. 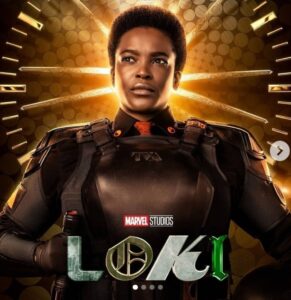 A believer in the timekeepers and the agency for which she works, TVA, this professional hunter ranks highly in the firm, with fierce bravery and strength, worshipping it’s keepers as gods. 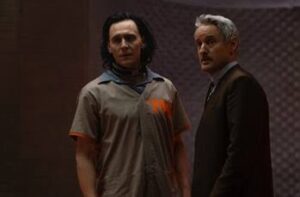 As you may have known till now, this Loki is an all new variant, different from those we had in the past movies. The greatest MCU villains of all times, is back from the dead, as he had created an alternate time universe for himself, all when the a group of Avengers from Avengers: Endgame revisited the previous timeline to grab hold of Loki’s two infinity stones before his death, and that’s when the antihero took his advantage and disappeared into some strange universe through the same portal.

Here’s when we get this all new Loki!

Although Loki had been a good man earlier, when he got together with his brother, making attempts to save his and other’s lives by executing Thanos, in Thor Ragnarok, now he’s a dangerous villain in Loki, having successfully executed many villainous crimes and made people worship him as God.

Have a look at Dove Cameron’s Top 10 quotes, on love, career, teenage life and more