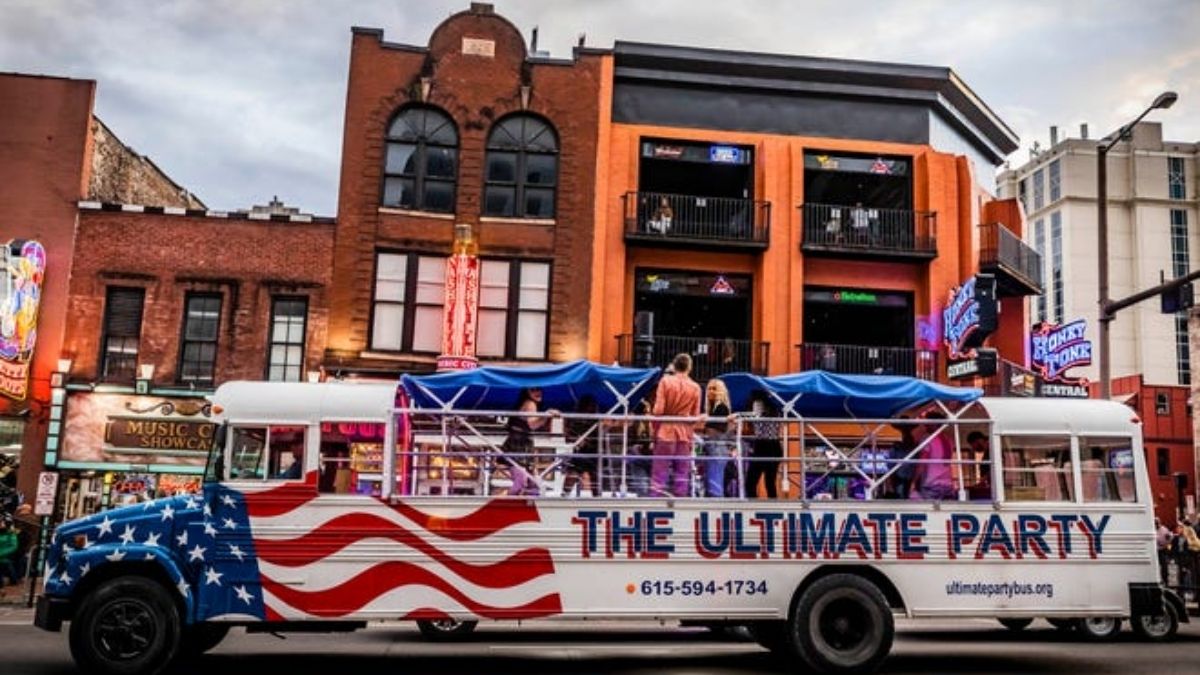 A 22-year-old man from Michigan suffered severe injuries after falling off a party bus and subsequently run over by it on Thursday in Tennessee’s capital city. This incident occurs weeks after a tourism leader from Nashville had predicted the possibility of such a mishap.

The man fell off the bus a little after midnight on Nashville’s Lower Broadway and ended up being run over by the rear tires of the vehicle, authorities said. Before the accident, the man was sitting on the raising atop the roofless party bus, after which he fell off the railing, ad landed on the roadway face-first, a police spokesman said.

An update on the man’s condition was not promptly received on Thursday afternoon, however, Metro Nashville Police Department’s spokesperson Don Aaron state the man’s injuries were not believed to be life-threatening.

The president and CEO of Nashville Convention & Visitors Corp., Butch Spryidon, said the accident will result in “an immediate call to action” for local tourism officials.

“Public safety is our No. 1 concern and, unfortunately, what we feared would happen, did happen,” Spyridon said. “It is no secret that we have been openly concerned about the behavior surrounding entertainment vehicles. As goes public safety, so goes Nashville’s reputation. We need music to return to the center stage instead of unregulated rolling parties. The hospitality industry and the city are determined to respond with meaningful measures.”

“It’s not if, it’s when somebody is going to fall from one of the vehicles,” Spyridon told The Tennessean. “Or there’s going to be road rage or something, and I don’t want that to happen.”

Sprydon has gone on record before calling out the thriving “transportainment” industry for flouting rules and turning a deaf ear towards community complaints.