Nina Dobrev promotes her musical drama ‘In The Heights’ through Instagram stories; The movie to be out on June 11

The movie is to be released in theatres on June 11th.

Nina Dobrev remarks on how the various aspects of the movie ‘In The Heights’ has collaborated into making it truly a best experience. 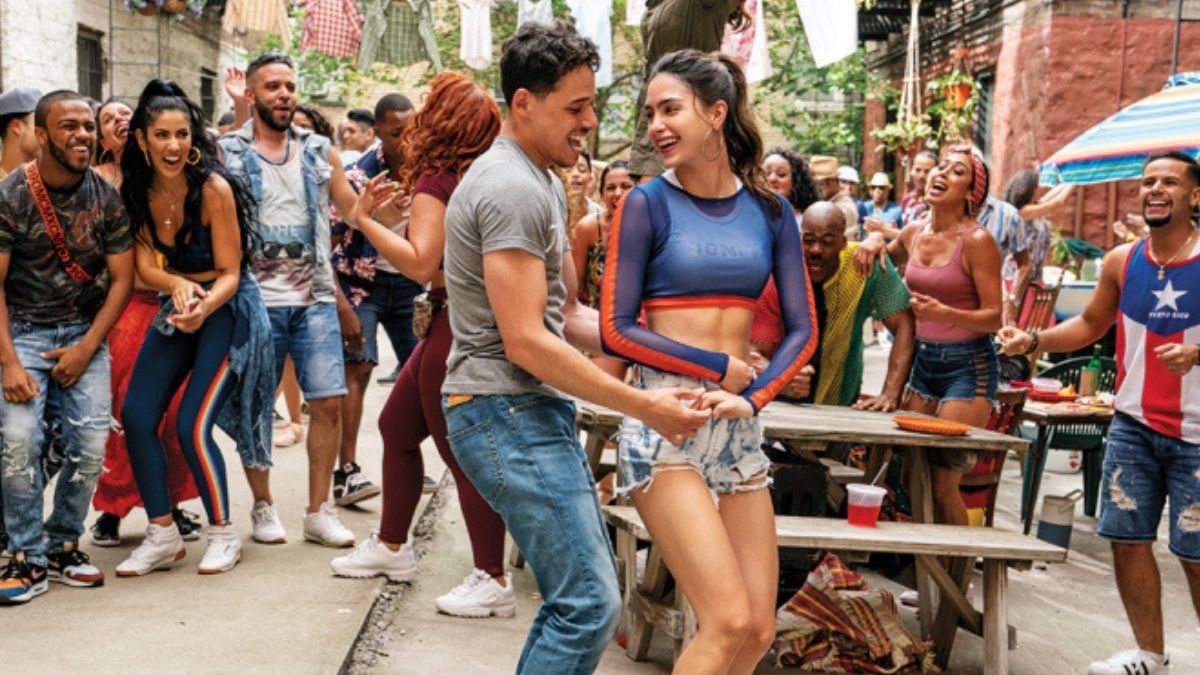 Canadian actress and model, Nina Dobrev, who rose to fame through the series The Vampire Diaries, shared her new found likings to the movie In The Heights. The Jon M. Chu movie is a musical drama based on the 2007 stage musical drama by Quiara Alegría Hudes and Hamilton creator Lin-Manuel Miranda named In the Heights.

The film discusses about the lives of the people in upper Manhattan’s Washington Heights neighborhood. The movie focusses on a bodega owner, Usnavi de la Vega who develops mixed feelings about closing his store and retiring to his home after inheriting his grandmother’s fortune. The community of the Heights constitute of immigrants and children of immigrants. The character of Usnavi de la Vega is played by Anthony Ramos  and Lin-Manuel Miranda who originally did it in the Broadway does the character of Mr. Piragüero.

Nina in her Instagram story shared the day about how she reflected on the movie.

“But the magic behind this film that makes it extra special is the collaboration…The casting is perfect, the choreography, the ingenuity of the shots and film making. The Heart and Soul,” she writes in one of the five consecutive story posts she has made about the movie. 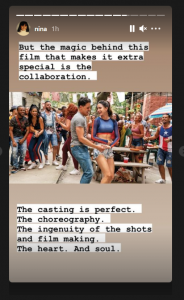 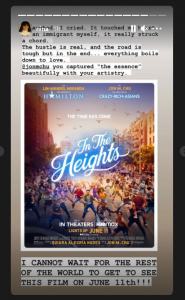