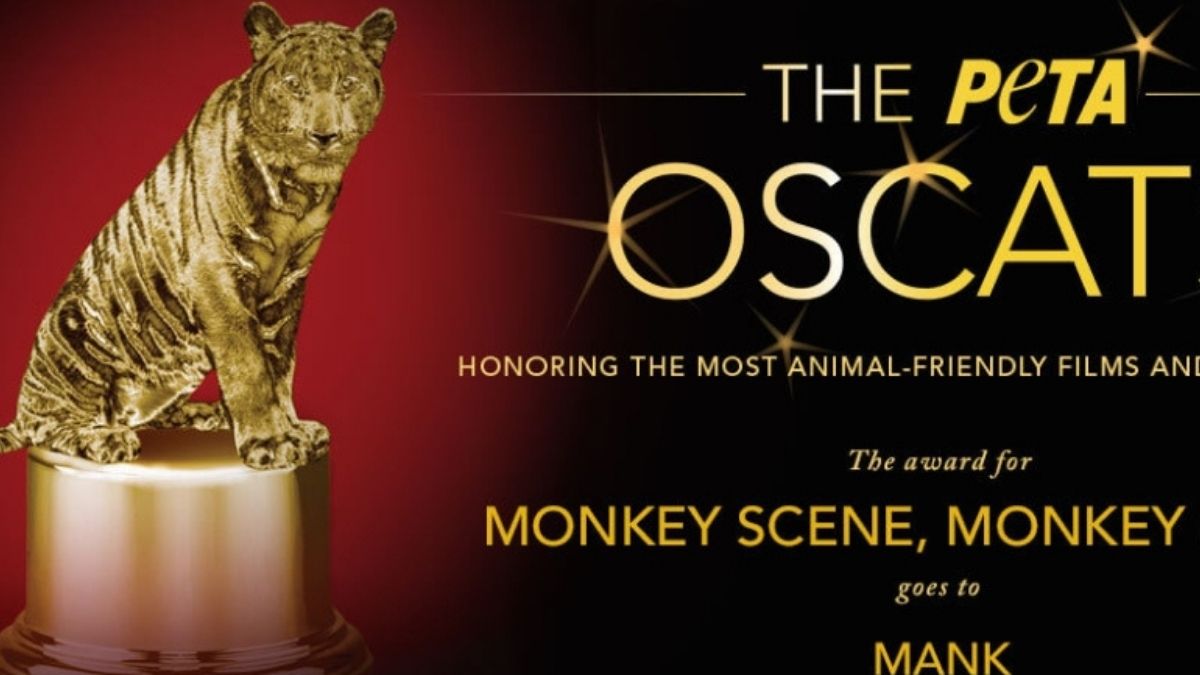 PETA on Wednesday, announced the annual “Oscat” winners to acknowledge the thoughtful ways Hollywood showed compassion for animals on both sides of the camera.

David Fincher’s historical biopic Mank won the “Monkey Scene, Monkey Didn’t” award, for using a digital alternative to live primates in a scene where Gary Oldman and Amanda Seyfried stroll round a California mansion. Pete Davidson won the ‘Best Costume’ for sporting a t-shirt that read “Hunt Mushrooms, Not Animals” in ‘The King Of Staten Island’

“Grab the vegan popcorn, call the dog over, and settle in to enjoy the animal-friendly moments in these flicks,” PETA Senior Vice President Lisa Lange said of this year’s winners in a press statement.

Other winners include the writer Mike White for script-writing  Disney’s The One and Only Ivan (about a gorilla’s attempt to break out of captivity);One Night in Miami director Regina King for her effort for dogs; Robert Downey Jr’s Dolittle for relying on CGI critters to tell its classic tale, Riz Ahmed’s Sound of Metal for a “Meat is Murder” sticker on the protagonist’s refrigerator, late Cloris Leachman for her animal activism over the years.