The diamond brooch has connections to multiple royal weddings for saying goodbye to their life partner. 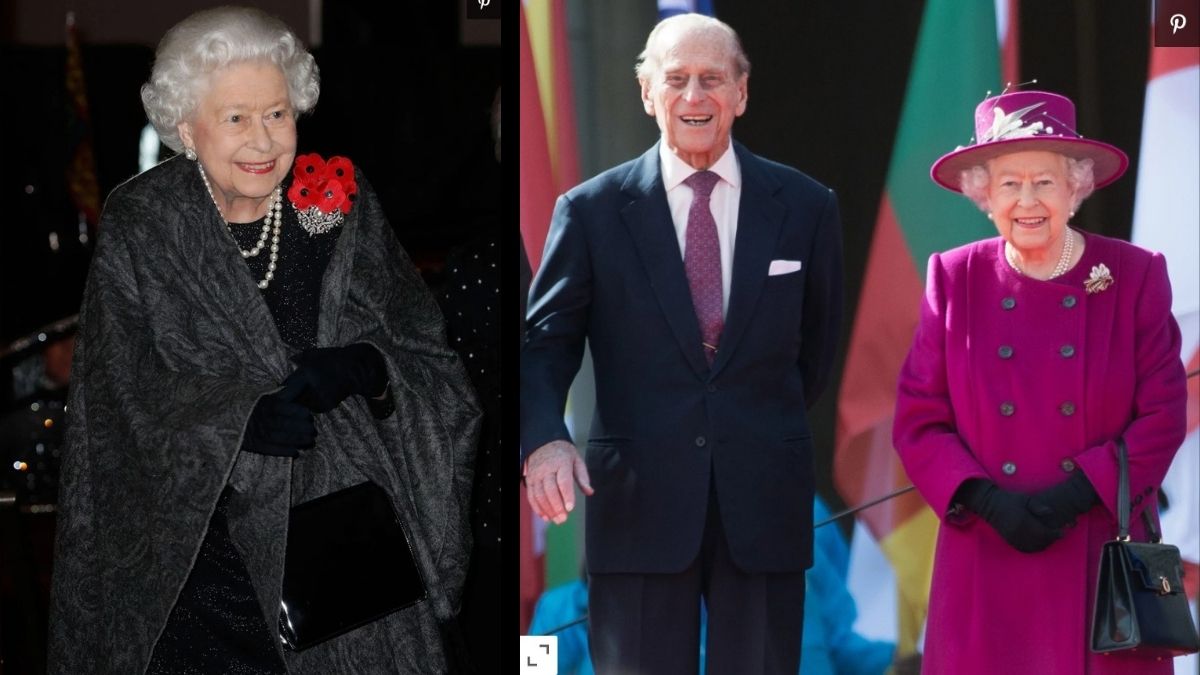 Queen Elizabeth II adorns her look with a diamond broch to late husband Prince Philip’s funeral. It has connections to multiple royal weddings for saying goodbye to their life partner.

She attended the Duke of Edinburgh’s funeral services on 17th April at St. George’s Chapel in Windsor Castle. The Queen accessorized her look with a black ensemble and the same colored face mask with a diamond brooch.

The Richmond Brooch was given as a present to Queen Elizabeth’s grandmother Queen Mary. It was gifted to her as a wedding present in 1893.

Queen Mary often donned it as a neckpiece, while the current monarch has sported it as a brooch on multiple occasions, including at grandson Prince Harry’s 2018 wedding to Meghan Markle.

The Queen has also worn the brooch for somber occasions, such as the 2018 Royal British Legion Festival of Remembrance at the Royal Albert Hall in London, mourning all those who lost their lives in conflicts.

The brooch can also be worn with a drop pearl on the bottom, although the Queen elected to remove the detachable piece for Saturday’s services.

Queen Elizabeth sat all alone at Prince Philip’s funeral. She was accompanied by Lady Susan Hussey, her lady-in-waiting, on the car ride there.