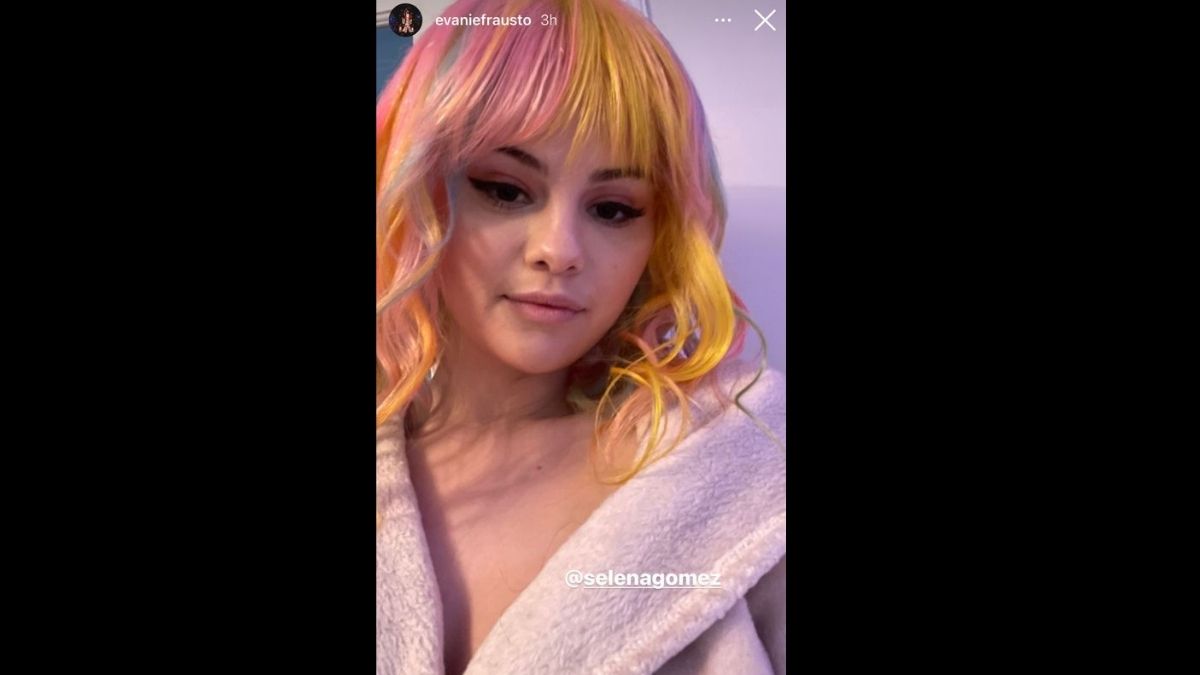 Hairstylist Evanie Frausto recently shared a picture of Selena Gomez on Instagram. Saying that Gomez looked different would be an understatement. The 28-year-old had completely changed her hairstyle for the photos, in which she is wearing a rainbow-colored wig with bangs, styled in loose waves. She also wore a Louis Vuitton coat and a protective face mask.

It is unclear why Gomez was wearing a wig. While some fans speculate that it might be for an upcoming project, others say that it was just for a fun night out with friends.

Selena has been taking up new projects along with focusing on her music. After her latest album in 2020, she has been focusing on making Spanish-language music.

Arunika Swaroop is a third-year journalism student at Delhi School of Journalism, University of Delhi. She aims at gaining knowledge through reading books, especially on psychology and politics, and is passionate about topics related to mental health and women empowerment. She's an aspiring journalist, who's currently working as an Entertainment Editor at USAnewshour.com and can be reached out at [email protected]

Tianwen1 probe sends back its first picture of Mars

Trump lawyers argue he did not incite riots