On June 25, Miley Cyrus’ Stand By You concert started streaming on Peacock. Here are the top ten moments from the show. 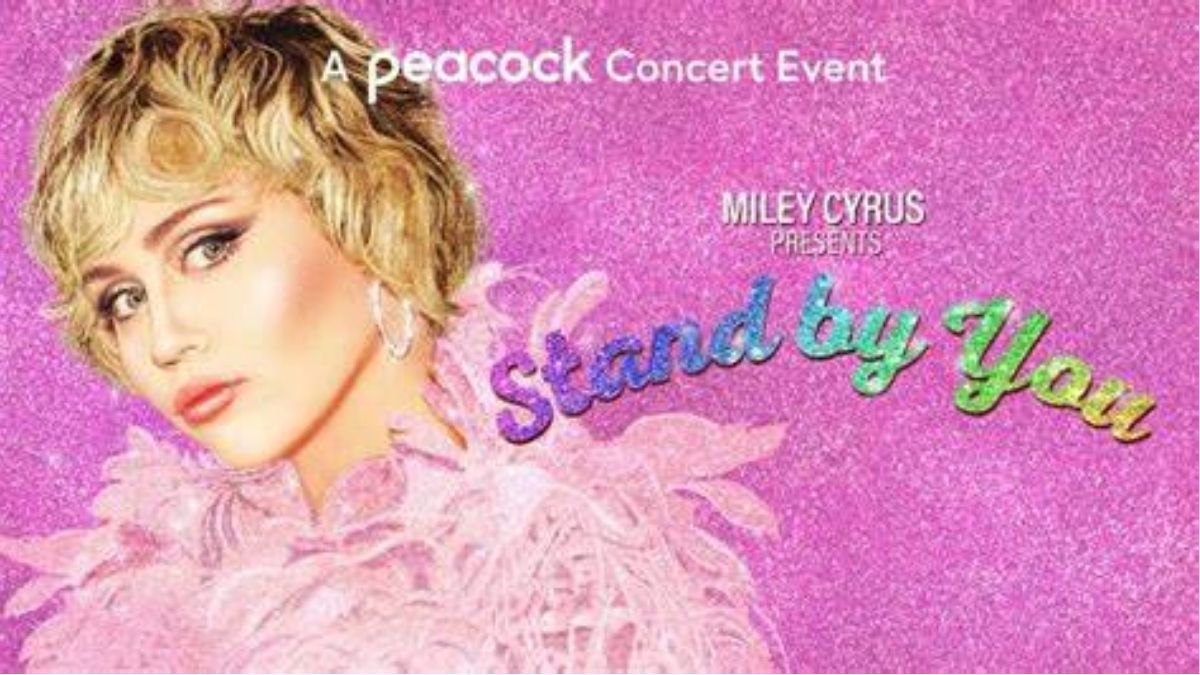 Miley Cyrus is an American actress, singer, and songwriter. Her career started in the year 2006, playing the role of Hannah Montana in a Disney television series. From acting as a teen idol in the show to releasing songs, her career has seen major growth increasing her fanbase all over the world.
Miley Cyrus recently performed at the Stand By You Pride Concert on Peacock. With many celebrities like Madonna, Maren Morris, Little Big Town, Brothers Osborne, Orville Peck, and Mickey Guyton as guests, it left numerous fans looking forward to it. The event was an hour-long and she performed some of her famous hits The Climb,” “My Heart Beats For Love” and “Party in the USA”.

Check out these ten most favorite moments of fans from the concert. 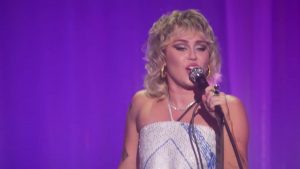 Miley sang her famous hit “Heart Beats For Love” that was released in the year 2010 from the album “Can’t be tamed”. Before she performed she said, “This next song is off a record of mine called Can’t Be Tamed, which was about my self-expression and freedom”
She further added, “This song is one that I wrote for a friend of mine that was struggling to come out in 2010. There is still so much progress to be made.” 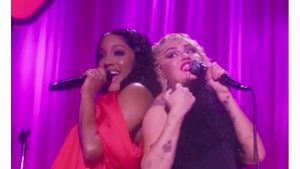 Miley performed the song “Heart of Glass” with Mickey Guyton. The heart of Glass is a song by Blondie released in the year 1978. Miley said that Mickey “doesn’t have a heart of glass, but of gold.” 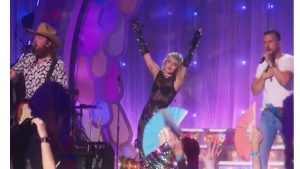 Miley Cyrus along with Brothers Osborne performed the song “We Belong”. The song We belong was written by Pat Benatar and was released in the year 1984. After the performance, she said, “We do belong, all of us.” 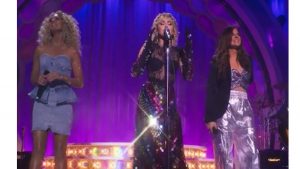 Miley Cyrus along with Little Big Town sang an amazing cover of the song “True Colors”. The song True colors was written by Cyndi Lauper and was released in the year 1986. 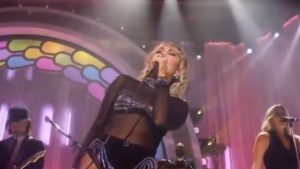 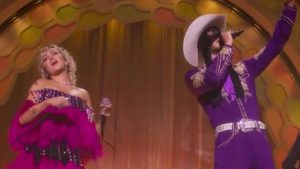 Miley Cyrus and Orville Peck Stuns collaborated and sang “Cowboy Take Me Away”. It is a song by The Chicks which was released in the year 2003. 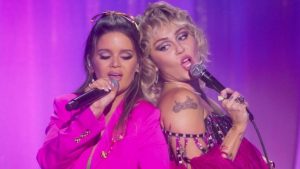 Maren Morris joined Miley Cyrus and they both sang the cover of “Dancing Queen” by ABBA. It was released in the year 1976 and has been loved by fans ever since. After completing her performance she said, “She’s everything” about Maren Morris.

8.Party In the USA

Miley gave an amazing performance of “Party in the USA” along with pom-poms next to cheerleaders. The song was released in 2009 and has over 8.1 billion views on YouTube. 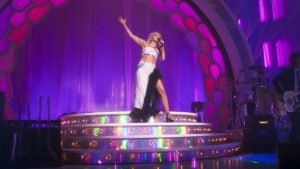 Before performing her famous hit “The Climb” Miley conveyed an extremely heart-touching message to the audience. She said, “Nashville is the home of country music, and country music is all about authentic storytelling, and the more people we welcome in and allow them to be who they are, the more personal stories we will get to hear. I encourage and ask my city to be welcoming to all people because that’s who we are and that’s what we do.” She further added, “This next song is about not being discouraged by the distance but being inspired by the journey. Life’s a climb but the view is great.” 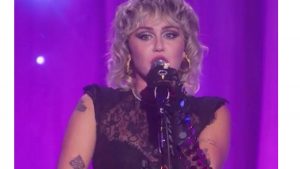 With the show coming to an end, Miley Cyrus performed the song “Freedom”. Freedom was released by Lenny Kravitz in the year 1989.
She said, “It’s a song not about what we want, but what we demand.”

Gwen Berry turns away from national flag at trials, says it’s a “set up”