The ‘Disaster Girl’ cashes in $430,000 after selling a non-fungible token of her image 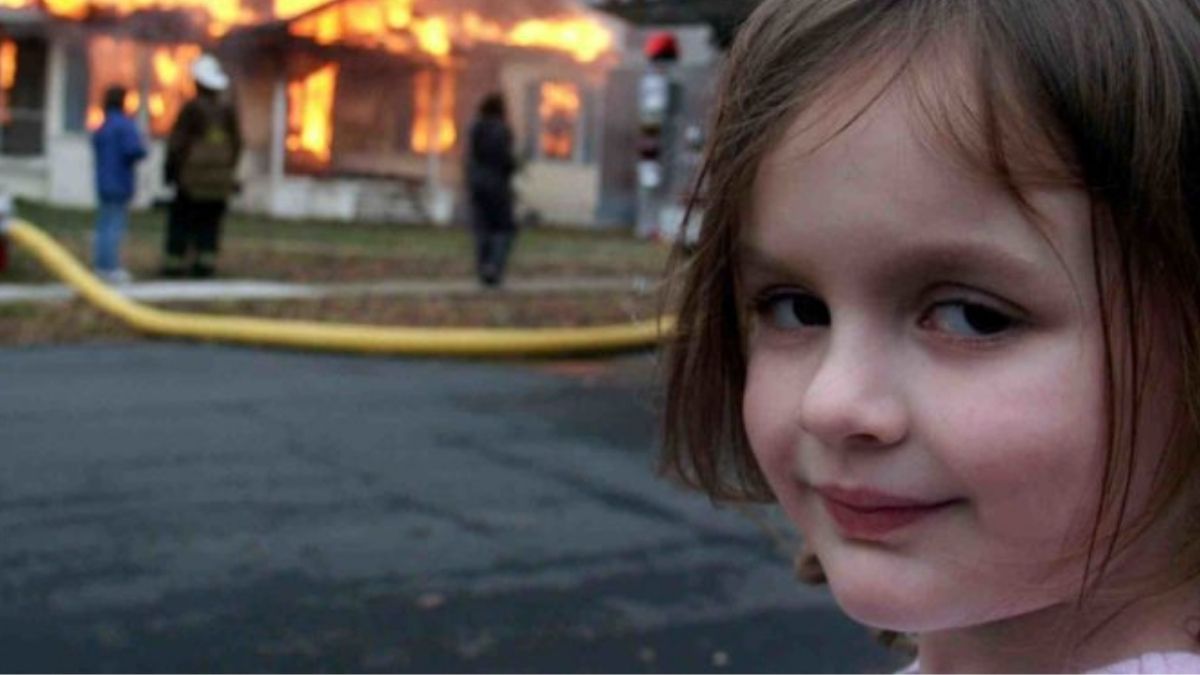 Zoe Roth, the girl who is the face of the much loved meme that features a young girl smiling slyly into a camera as a house burns down behind her has sold a non-fungible token (NFT) of her original image for around half a million dollars.

The photograph dates back to the time when Zoe Roth was four and her amateur photographer father captured the iconic photograph in January 2005.

He placed it into JPG magazine’s “Emotion Capture” contest. As part of the prize, the photograph was also posted online on JPG’s website, where it has since garnered internet’s repute as one of social media’s most recurring memes.

Until now, even after young Roth’s picture was shared across the world, the family didn’t have the source to monetize the fame.

Roth, now 21, told Raleigh News & Observer that she was suggested by someone through an email about the method of taking control of her image by selling it as an NFT, with a prospective profit of six figures. An NFT is a certificate of ownership for a digital asset that is unique in nature and is not meant to serve as a means of exchange.

After researching and talking to other viral meme subjects, she hired a lawyer and a manager to manage the logistics of registering the file and monetizing the NFT. After which the ‘disaster girl’ was listed for a 24-hour auction on April 16. After the auction, a user named @3fmusic purchased the token worth about $430,000 at the time and valued at more than $470,000 as of press time.