There were a lot of loose ends to tie up, so let’s take a look at the highlights of The Witcher Season 2’s conclusion right now! 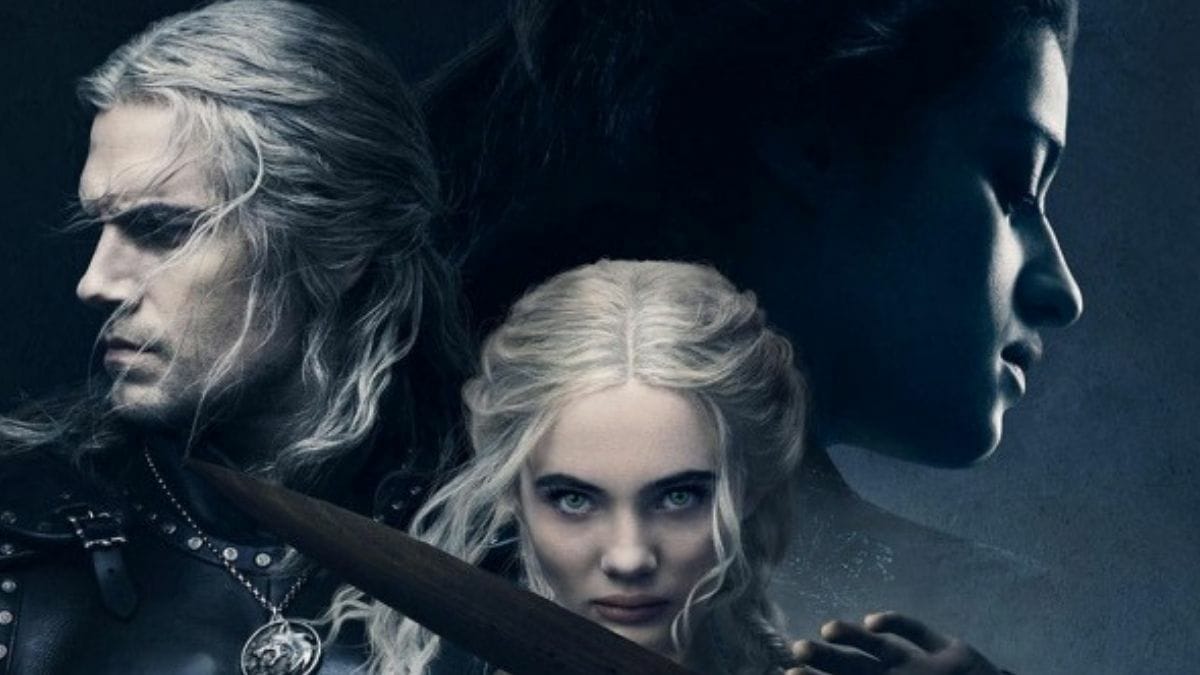 The Witcher surely didn’t let us down when it returned for Season 2 on Netflix, did it? Not only did the episodes deliver on their promise of depicting what happened to Yennefer, Geralt, and Ciri following the dramatic Battle of Sodden Hill, but we also (finally) encountered a considerably more famous than previously bard and a determined community of elves, and we were treated to even more royal intrigue.

Oh, and there was, of course, the significant surprise in the final seconds of this season’s finale to seal the deal. There were a lot of loose ends to tie up, so let’s take a look at the highlights of The Witcher Season 2’s conclusion right now! 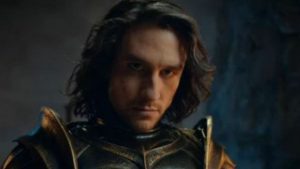 The arrival of Nilfgaard’s much-talked-about “White Flame” to Cintra is the concluding beat of “Family.” Emperor Emhyr made his grand entrance, revealed that HE was the one who killed Francesca’s elven newborn (and that he was on Cahir and Fringilla’s bluff about taking credit for it), and then turned to face the camera so that fans could see he was an older version of – yup – “Duny,” the former hedgehog’d “Urcheon of Erlenwald.”

This explains why Nilfgaard was the first to notice Ciri’s unusual abilities, a question that was also asked aloud immediately before this. What we don’t know is why Emhyr, who was considered to be dead after everyone assumed he died in a shipwrecked watery grave alongside Ciri’s mother, Pavetta, abandoned his previous life and rebuilt himself. Ciri and the fact that he, as her papa, knew she inherited her mother’s abilities are most likely to blame. 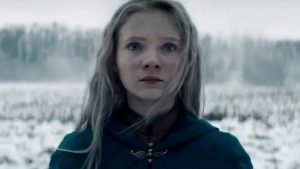 In Season 2, Ciri’s life became a lot more complicated. Ciri discovered that her abilities are due to the Elder Blood that runs through her veins as she learned to toughen up and battle (which she excelled at). But, as she, Geralt, Vesemir, and Triss realized, so did pretty much everyone else, after a variety of surveillance operations proved that she was still alive after Cintra’s sacking. Almost everyone now wants the exiled princess, both for her power and for her claim to the Cintran throne. The elves (who believe she is their prophesied savior), Lydia and “fire fucker” Rience (who has firsthand knowledge of what her blood can do), the Redanian kingdom (so they can marry her off and try to take Cintra), The Brotherhood of Sorcerers (Tissaia had the rulers of the Northern kingdoms place a bounty on Ciri and all (who protect her).

A Start of a New Family – Geralt, Yennefer and Ciri 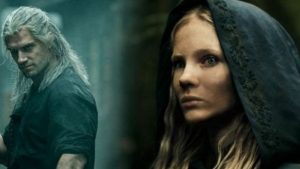 Geralt tells Vesemir just before the Emhyr incident that he can no longer hide Ciri at Kaer Morhen since there are too many people after her now. They’re going to have to flee. Geralt lets Yennefer, who he hasn’t fully forgiven, to accompany them so that she might assist Ciri in learning the ways of magic and controlling her Chaos.

After realising that the monoliths are portals to other spheres (since Istredd posited a few episodes ago that the Conjunction of the Spheres was not a merging but rather a type of cosmic swipe-left, allowing these worlds to cross-pollinate), and that Voleth Meir (who arrived because of the Conjunction) only wanted to use Ciri to get home), Geralt considers the possibility that Ciri, as a surrogate daughter.

Philippa Eilhart is the Dijkstra’s Owl 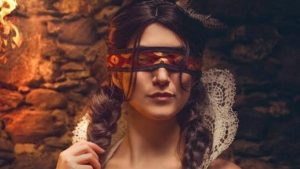 Fans of the Witcher stories/books/games would likely recognize Philippa Eilhart, who was revealed to be played by Cassie Clare in the Season 2 finale, although this won’t signify anything to viewers just yet. Yes, each kingdom has its own magical advisor, and Phillipa is King Vizimir of Redania’s Chaos consort.

Dijkstra was also revealed to be Jaskier’s secret patron for all of the bard’s “Sandpiper” elven refugee smuggling, demonstrating how Dijkstra plays both sides once again.

Lydia is Deformed with an unknown Master 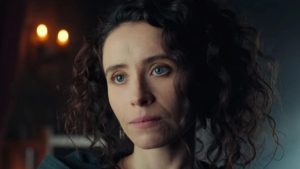 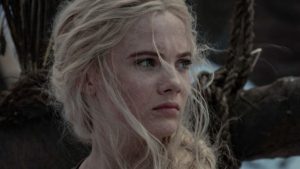 In a brief scene, the Kings of the North, in the absence of Redania’s King Vizmir, are informed by Tissaia about Ciri, and decide to have Ciri killed off.

Without her, the world would be a better place, as whoever kidnapped her could claim Cintra. As a result, King Foltest, the queen of Lyria, the king of Aedirn, and the king of Kaedwen decide to place a bounty on Ciri’s head. In Season 3, Geralt will have to cope with another difficulty. 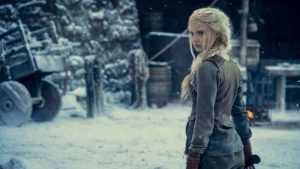 The Wild Hunt was mentioned a few times (sightings have been reported across The Continent’s skies), and then seen by Ciri in one of her many visions after Ciri, Geralt, and Yen were taken to an apparently lifeless and barren planet (the realm of the the Aen Elle, perhaps).

The Wraiths of Mörhogg (as they’re known in Skellige) approached the group, eager to have Ciri join them on their journey. Before they were all transported back to Kaer Morhen, Eredin, elven king of the famed Wild Hunt, spoke to her. 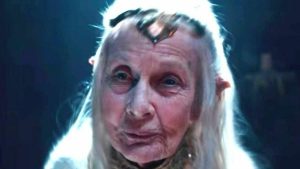 Before any of those disclosures, “Family” dealt with the battle between Geralt, Yen, and the witchers of Kaer Morhen – and Voleth Meir, the “Deathless Mother,” who is the witchers’ first-ever nemesis.

Voleth Meir caused havoc until the witchers tied her deep in the forest, killing one of the original witchers, Klef. In Episode 2, he tells Ciri that “some claim she still beckons to the unfortunate people unlucky enough to traverse her forests” (right as Yen, Fringilla, and Francesca all enter her lair).

After Voleth Meir possessed Ciri and later killed several witchers in their sleep, the witchers would once again face their oldest foe. Voleth-Ciri then forms a monolith in the centre of the keep, bursting from the Medallion Tree, cornered. Vesemir, angered by the “sons” he’s just lost at Ciri’s possessed hand, demands vengeance. He intends to kill Ciri in order to stop the Deathless Mother. Other witchers agree, with Geralt, of course, begging with them not to give in to their rage and to adopt a course of action that will rid Ciri of the demon.

The conflict concludes with Vesemir recognising that his fury and sorrow were just adding to Voleth Meir’s power, Ciri electing to return to reality, and Yennefer, feeling guilty for accidentally triggering all of this, sacrificing herself to become the Deathless Mother’s new vessel.

When the dust settles, Voleth Meir/Yen is sent back through the monolith, and Geralt, Yen, and Ciri return from the other realm with Yen alive and her abilities restored.

And that’s basically ‘The end’ of ‘The Witcher’ season 2. From a boss fight to a new family forming and Ciri getting back her abilities, What was your favorite moment?

Arcane season 2 to premier on Netflix this November; Read the article to know the…

Manifest season 4 is all set to launch on Netflix this November; Here’s what we…