Thor: Love And Thunder; Here’s everything we know about the upcoming Marvel movie

Director Taika Waititi is back with yet another Thor adventure, after ‘Thor Ragnarok’ along with Chris Hemsworth having played the titular superhero for a whopping eight times now. The Marvel Cinematic Universe is doing great when it comes to releasing it’s phase 4 movies, with ‘Black Widow’ and ‘Thor: Love And Thunder’ already on the list.

‘Thor Ragnarok’s director Taika Waititi returns with yet another classic Marvel movie, adding to the ‘Thor’ franchise, along with Chris Hemsworth, who’ll be playing the titular superhero role for at least the eighth time now.

There are other original characters too, who will be returning to the silver screen with this upcoming Marvelous action-adventure, joining Waititi and Hemsworth as the cast.

Let’s take a look at everything we know about this forthcoming venture, right from it’s release date and trailer, to it’s cast and storyline. Initially scheduled to be released on November 5, 2021, the movie is now geared up to go on floors on May 6, 2022, due to the ongoing pandemic postponement.

"That’s a wrap on Thor Love and Thunder, it’s also national don’t flex day so I thought this super relaxed photo was appropriate… Lots of love, lots of thunder!" (via @chrishemsworth on Instagram) pic.twitter.com/sVblCZ4VnC

As tweeted by the film’s official handle on June 2, 2021, the filming process was completed with the shoot wrapping up on the same day, in Australia, with the director proceeding on to his post production procedure.

The tweet read, “That’s a wrap on Thor Love and Thunder, it’s also national don’t flex day so I thought this super relaxed photo was appropriate… Lots of love, lots of thunder!” 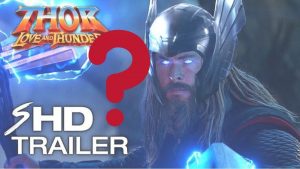 There’s no such official trailer of ‘Thor: Love And Thunder’ released yet, but we expect it to drop very soon, probably by the end of July 2021, as the film is already done with it’s production process. 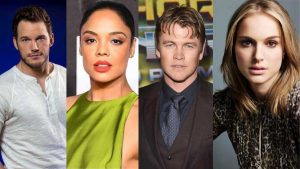 Let’s have a quick look at the complete list of the cast, along with the roles they’ll be portraying onscreen-

While Hemsworth will be playing the Thunder God ‘Thor’ along with director Waititi, who is also a part of the star cast, portraying the hilarious character of ‘Korg’, there are a few other Asgardians, who’ll be joining them on their reel journey.

Natalie Portman returns as Dr. Jane Foster with Jaimie Alexander as warrior Sif, together with Chris Pratt as the Star-Lord and our ‘Batman’ Christian Bale, who is up for this one in the role of ‘Gorr: The God Butcher’.

Russell Crowe will be playing God Zeus, along with some special appearances of actors like Chris’s brother Luke Hemsworth, in the role of Thor, Matt Damon, in the role of Loki, and Sam Neill, playing Thor’s father, God Odin.

The only original who won’t show up in this film, is none other than the villainous adopted brother of ‘Thor’, named ‘Loki’, as Tom Hiddleston is currently having his own special series on Disney Plus at the moment. 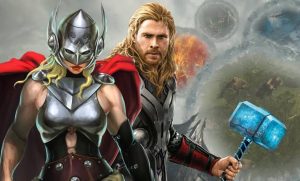 ‘Thor: Love And Thunder’ is as usual predicted to pick off from where it all ended during the ‘Avengers: Endgame’, in connection to the previous ‘Guardians Of The Galaxy’ movie, as it’s third volume will be up in 2023.

This one is an adaptation of the Marvel Comic authored by Jason Aaron, wherein the story revolves around the inability of God Odin to lift Thor’s most powerful hammer ‘Mjolnir’, after losing his physical strength, with Dr. Jane taking over Thor’s mantle and turning herself into the goddess of thunder, having special powers of her own this time, as she also battles with cancer for her human survival.

Michigan lifts COVID-19 restrictions, US Embassy in Kabul locked down due amidst rise in COVID-19

Happy Pride 2021! From Taylor Swift to Niall Horan, here’s how celebrities are celebrating the LGBTQ+ month