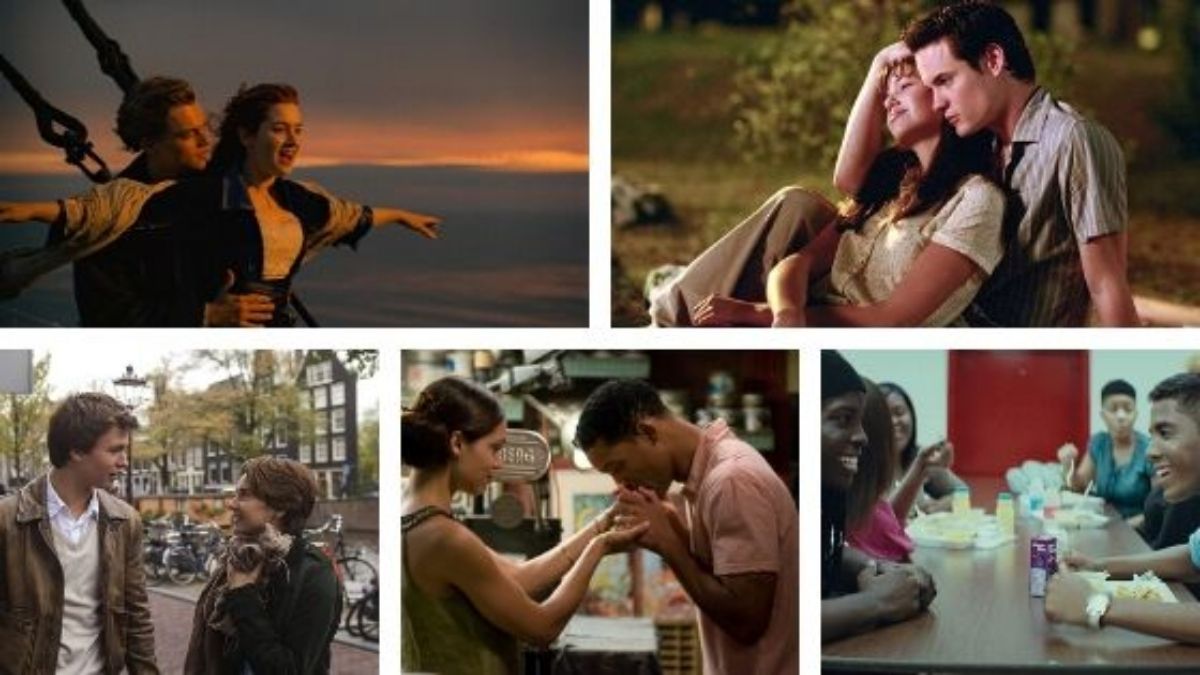 Here are the top 10 Hollywood movies which you will love to watch:

1) Eternal Sunshine of the Spotless Mind

Eternal Sunshine of the Spotless Mind is an American fiction romantic drama written by Charlie Kaufman. The film was released in 2004 and is directed by Michel Gondry starring Jim Carrey, Kate Winslet, Kristen Dunst, Mark Ruffalo, and Tom Wilkinson. The film follows a split couple who undergo a procedure to erase each other from their memories. The title of the film is a quotation from the poem, Eloisa, to Abelard by Alexander Pope.

Before Sunrise is a romantic drama movie released in the year 1995. The film was directed by Richard Linklater and written by Kim Krizan and Richard Linklater starring Ethan Hawke and Julie Delpy. The movie follows the story of a young American man and a young French woman who met on a train and disembark in Vienna. They spend the night walking around the city and getting to know and falling in love with each other. Shakespeare in Love is a romantic comedy-drama directed by John Madden and written by Marc Norman, release in the year 1998. The film is produced by Harvey Weinstein starring Joseph Fiennes, Geoffrey Rush, Gwyneth Paltrow, Colin Firth, and Judi Dench. The film follows a fictional love affair between playwright William Shakespeare and Viola de Lesseps, while Shakespeare was writing Romeo and Juliet. 4) The Shape of Water

The Shape of Water is an American romantic fantasy drama written by del Toro and Vanessa Taylor. The film was released in the year 2017 directed by Guillermo del Toro starring Sally Hawkins, Michael Shannon, Doug Jones, Michael Stuhlbard, and Octavia Spencer. The film follows the story of a mute cleaner at a high-security government laboratory who falls in love with a captured humanoid amphibian creature.

Titanic is an American epic romance and disaster film released in the year 1997. It was directed and co-produced by James Cameron. The film is based on the RMS Titanic, starring Leonard DiCaprio and Kate Winslet as a member of different social classes who fall in love in the ship during its ill-fated maiden voyage. The Big Sick is an American romantic comedy film released in the year 2017. The film was directed by Michael Showalter and written by Emili V. Gordon and Kumail Nanjiani starring Kumail Nanjiani, Zoe Kazan, Holly Hunter, Adeel Akhtar, and Anupam Kher. The film is based on the real-life romance between Kumail Nanjiani and Gordon. The movie follows an interethnic couple who must deal with cultural differences after Emily becomes ill. Moonstruck is an American romantic comedy film released in the year 1987. It was directed by Norman Jewison and written by John Patrick Shanley starring Nicolas Cage, Danny Aiello, Cher, Olympia Dukakis, and Vincent Gardenia. The film follows the story of a widowed woman who falls in love with her fiance’s brother. Call Me by Your Name is a romantic drama film directed by Luca Guadagnino released in the year 2017. The film follows the story of a romantic relationship also starring French actresses Amira Casar, Esther Barrel, and Victoire Du Bois. Dirty Dancing is an American romantic drama dance film released in the year 1987. It was produced by Linda Gottlieb and directed by Johnny Castle starring Jennifer Grey, Patrick Swayze, Jerry Orbach, and Cynthia Rhodes. The film is based on the story of a young woman who falls in love with the dance instructor at a holiday resort. Top 10 richest Americans on Earth who got wealthier amid pandemic