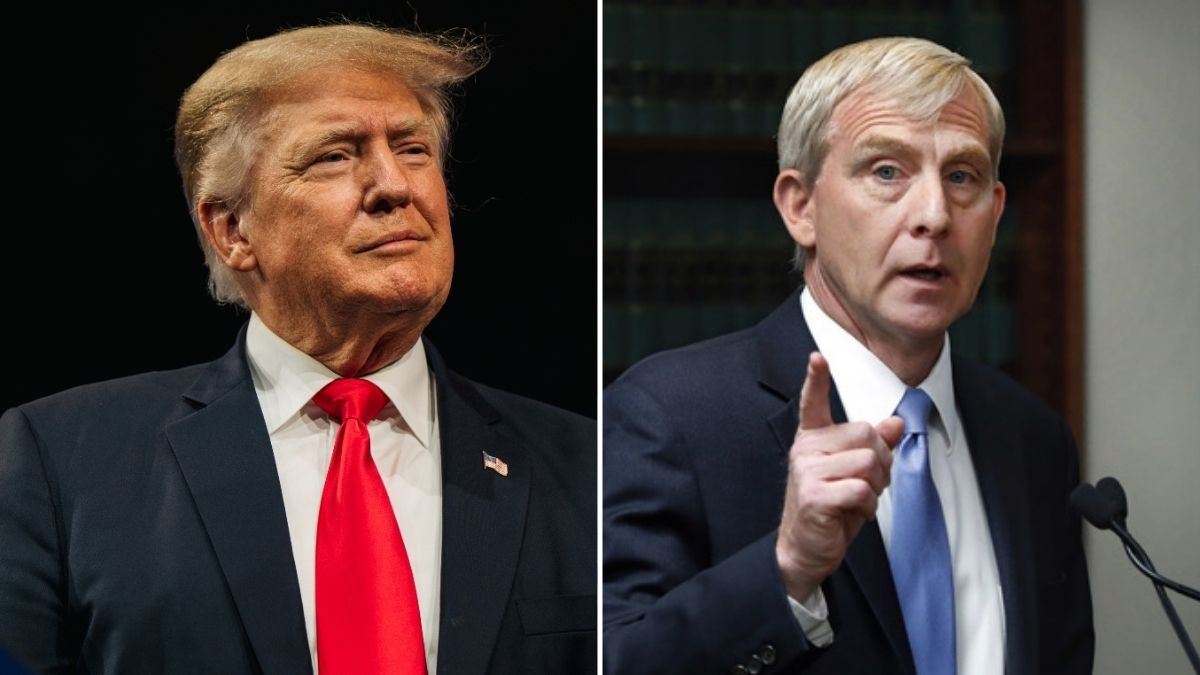 Former President Donald Trump reportedly put pressure on top Justice Department officials in a phone call in late December to declare the elections “corrupt” following his defeat, and “leave the rest” to him and his Republican allies in Congress, according to handwritten notes taken by officials on the call.

Trump pressed top Justice Department officials on a phone call on Dec. 27 along with the then-Deputy Attorney General Jeffry Rosen and Richard Donoghue- Trump’s second-in-command, as an effort to dismiss and reverse Joe Biden’s victory in the Presidential Elections.

Donoghue put-conversation-to-paper, which was made public on Friday by the House Oversight Committee. An investigation is being conducted by the committee on Trump’s efforts to promote his illegitimate claims regarding the election in an attempt to overturn the results and keep his seat in the Oval Office.

When Rosen responded by saying that the Justice Department “can’t” and “won’t snap its fingers” to do the requested deed, Trump is quoted to have replied:  “Don’t expect you to do that, just say that the election was corrupt” and “leave the rest to me and the R. Congressmen.”

Trump added: “We have an obligation to tell people that this was an illegal, corrupt election,” according to Donoghue’s notes.

Although Donoghue didn’t reveal any names of the lawmakers referenced in the comment, the notes reveal that Trump referred to Reps. Jim Jordan, R-Ohio, and Scott Perry, R-Pa., and Sen. Ron Johnson, R-Wis. during other parts of the conversation.

“These handwritten notes show that President Trump directly instructed our nation’s top law enforcement agency to take steps to overturn a free and fair election in the final days of his presidency,” House Oversight Committee Chairwoman Carolyn Maloney, D-N.Y., said in a statement regarding the documents her committee obtained. “The Committee has begun scheduling interviews with key witnesses to investigate the full extent of the former president’s corruption, and I will exercise every tool at my disposal to ensure all witness testimony is secured without delay.”

The conversation- which took place less than two weeks before the Jan. 6 insurrection of the Capitol- included Trump stating that the Justice Department was “failing” in its role, and that “people are angry” and “blaming the DOJ “for inaction, according to Donoghue’s notes.

“You guys may not be following the internet the way I do,” Trump said, according to the notes.

Rosen and Donoghue said repeatedly on the call that the allegations of voter fraud were false.

According to notes, the men informed Trump that hundreds of interviews were conducted by them as part of dozens of probes and that the allegations for many swing states were not supported by any evidence.

They told Trump “flat out” he was getting false information or the claim was “just not supported by the evidence.”