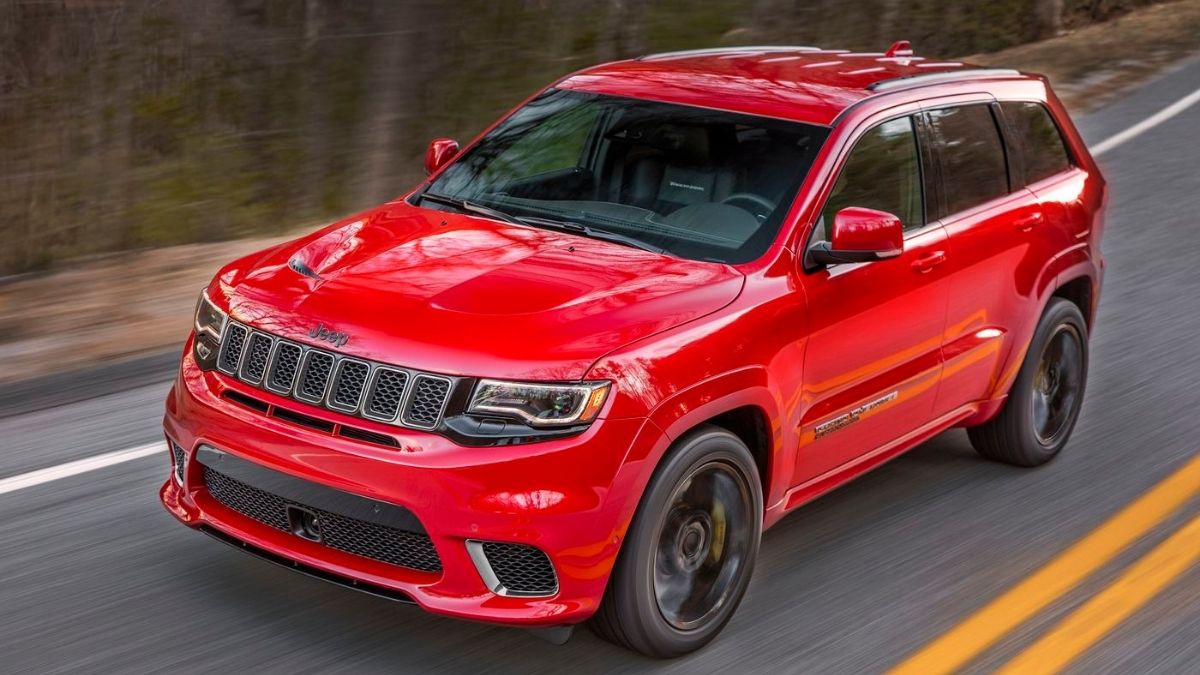 As one of this country’s most iconic brands, Jeep has a lineage that stretches back to World War II. Enthusiasts converge on spots all over the nation to share their affinity for the archetypal marque, and to put their beloved vehicle through the paces. They join clubs and take pride in restoring and customizing their Jeep.

But what makes a Jeep SUV special? Well, a lot of it has to do with its history, which is tied to the vaunted Wrangler. Let’s take a look.

Jeep made a name for itself starting in 1941, when the Willys MB reported for duty. Simply known as “jeeps,” the sturdy, dependable, go-anywhere, utilitarian rides were used to ferry around soldiers. Many were even sent to our allies.

Once the war was over, Willys parlayed the vehicle’s popularity into a “CJ” model that added bigger headlights, a side-mounted spare tire, and a tailgate.

While the Jeep Compass and Renegade have more of an on-road focus, the Jeep brand is best known for its off-road capabilities, which are nonpareil. Be it clambering over boulders, pulling through thick mud, or navigating snow, beaches, or flooded terrain, this is what Jeeps do.

What with its formidable axles, truncated wheelbase, high clearance, malleable suspension, and a 4WD drivetrain, no machine does it better than Jeep’s Wrangler. And that’s just for the base vehicle. Scoot up to the Rubicon, and you’ve talking a whole other level of off-roading fabulousness.

When you visualize a Jeep SUV, you likely picture a Wrangler with either its doors or roof off, or both. After all, Jeep models are known for their customizable exteriors. Driving topless is one of the coolest things about Jeep, and that includes the new Gladiator, which offers removable tops.

Be it a Wagoneer, Cherokee, Renegade, Wrangler, Gladiator or Compass, folks just tend to notice Jeeps. Perhaps it’s the iconic seven-slot grille or some custom job, but Jeeps tend to draw attention. I know that whenever I was out and about in my old Wrangler, I got smiles and waves all around.

As we’ve already mentioned, Jeep SUV owners, particularly those who have Wranglers, tend to flock together and swap advice about the best trails to hit or the latest custom offerings. More generally, they just like to be around others who feel the same way about the beloved brand, even if it’s only online.

As the saying goes, “it’s a Jeep thing.”

They Are Highly Customizable

From the start, Jeeps have been known for their bespoke options, now propped up by an aftermarket industry that’s eager to cater to these independent-minded creative types who want their Jeep – especially the Wrangler – to reflect their personalities and tastes. For inside and out, there’s a plethora of parts and accessories that you can buy to make your Jeep your own.

They Can Easily Be Repaired

Compared to some Japanese and European vehicles, Jeeps are relatively easy to work on, especially the Wranglers. The engines are straightforward and, if you prefer your own “wrenching,” there are tons of websites and online videos that can show you how to do it. And the good news is that most advice and tutorials come from everyday people – not tech experts – who speak a language you understand.

So, what makes a Jeep SUV special? If you didn’t know before, you do now. These awesome machines have come a long way — while retaining what sets them apart.

Volvo eyeing for an IPO by the end of this year