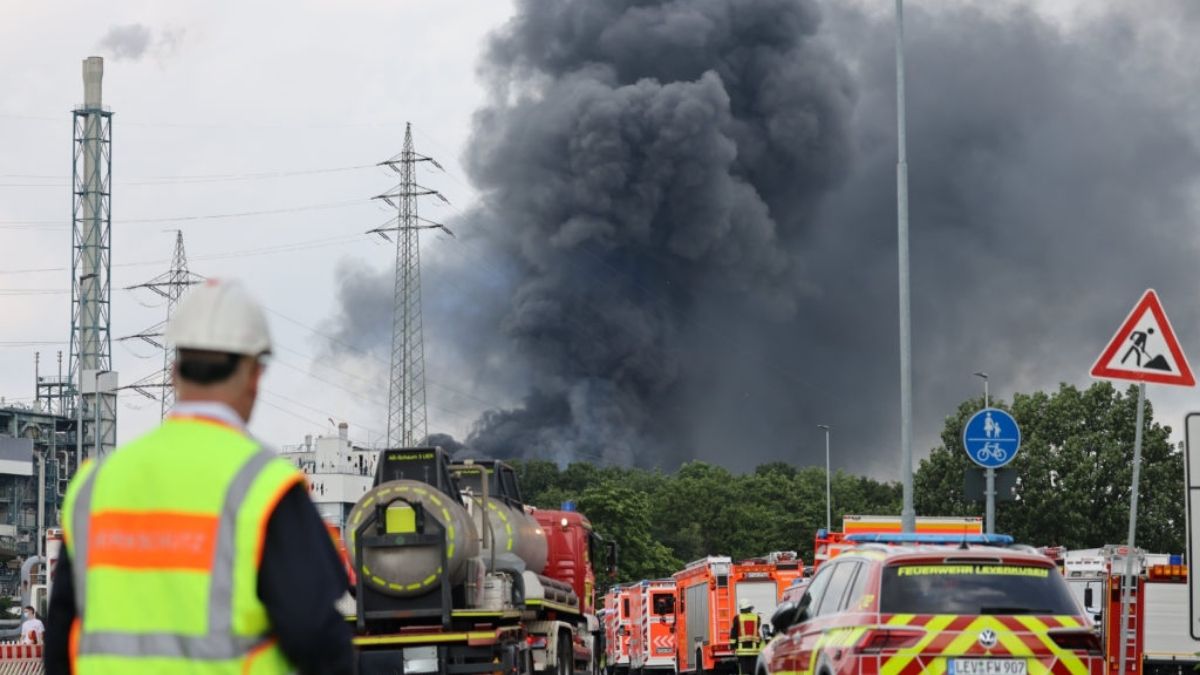 At least one person was killed on Tuesday in an explosion at an industrial park for chemical companies in Germany, 16 more were found injured along with four still missing. Tests were conducted on the surrounding air by fire officials, revealing that there is no apparent danger to nearby residents after authorities urged people to stay inside.

The explosion at the waste management facility of the Chempark site in Leverkusen resulted in clouds of black smoke rising into the air. Firefighters took almost four hours in their effort to extinguish the fire.

Germany’s Federal Office for Civil Protection and Disaster Assistance promptly classified the explosion as “an extreme threat.” However, the Cologne fire department tweeted on Tuesday stated that the air’s pollution measurements “do not show any kind of abnormality.” Further saying that the measure of air for toxins will be continued even after the smoke had subsided.

The city of Leverkusen declared that the explosion occurred in storage tanks meant for solvents. Four people have reportedly been hospitalized suffering major injuries.

“We are deeply concerned about this tragic accident and the death of our employee,” the head of Chempark, Lars Friedrich, said in a written statement.

Currenta, the chemical park company, said the explosion happened at 9:40 a.m. and then developed into a fire.

“Sirens were operated to warn residents and warning alerts were sent,” Currenta said in the statement.

Leverkusen is the cite of Bayer, one of Germany’s biggest chemical companies. It is also the home of 163,000 residents and borders Cologne, Germany’s fourth-biggest city with around 1 million inhabitants.