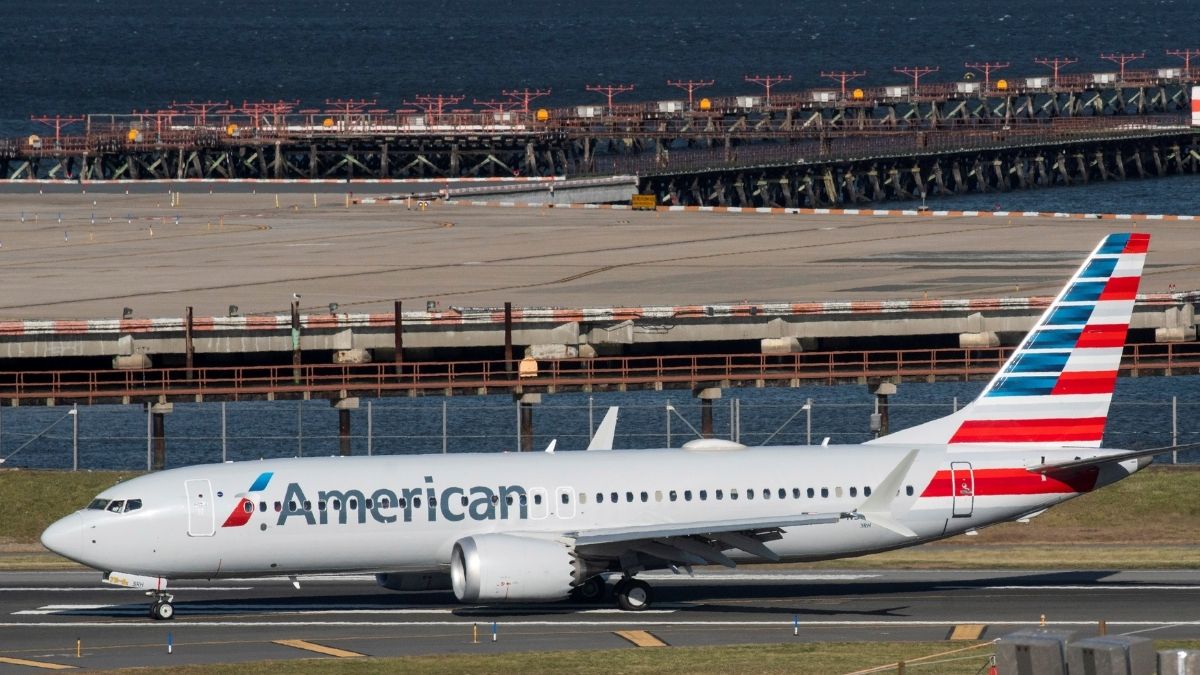 American Airlines had to cancel a flight from North Carolina to the Bahamas following a refusal from a group of 30 teenagers to wear face masks. The group was subsequently forced to sleep in the airport premises overnight as they were not old enough to check into a hotel.

Flight 893 was scheduled for departure from Charlotte Douglas Internation Airport and was to make travel to Nassau on Monday when the teenagers from Boston began acting in a manner that was ‘very obnoxious’.

Witnesses of the event have said that the group, aged 17 and 18, outright refused to wear their masks as per the requirement of the flight.

WHDH reports a total of forty-six teens planned a trip to the Bahamas to celebrate their graduation from Winthrop High School. It was a private trip that was booked by the parents of the teenagers through a company known as Breakaway Beach.

The teens were accompanied by a staff member from the booking company, which states on its website: ‘Our mission is to provide phenomenal senior trips to graduating high school students of all backgrounds.’

Winthrop School District Superintendent Lisa Howard told DailyMail.com: ‘This was not a school-sponsored trip and therefore have no additional comments at this time.’

A spokesperson of American Airlines went on to confirm that the group was ‘non-compliant with the federal mask mandate that requires all passengers to wear a face-covering inside the planes.

According to the airline, the teens then started being disruptive to other passengers and were unwilling to follow any instructions from the crew members.

‘It was bad. Firstly they were yelling, they were cussing. They were being very obnoxious,’ Malik Banks, who was sitting next to the group, told WASOC-TV

On the other hand, Jean Holgerson, the mother of one of the teens says that the entire incident has been grossly exaggerated.

‘It wasn’t this big standoff like everyone is portraying,’ Holgerson told WHDH. ‘A representative from Breakaway Beach was there. We have 46 children that are saying this differently. I have no idea why some would fabricate that.’

The mother says that the teens were asked by the flight attendants to leave the flight for not complying with the mask mandate.

‘As soon as they walked away, some woman walked to the bathroom without a mask,’ she said. ‘So now, the kids got a little bit upset how she can … and this that so at that point they might’ve gotten a little rowdy. No one swore, they were still respectful.’

All the passengers, including the teens, were rebooked after agreeing to wear their face masks. Everyone on the flight was given hotel and meal vouchers while waiting for the new flight, except for the teens who had to stay overnight at the airport as they didn’t meet the age requirements for hotel booking.