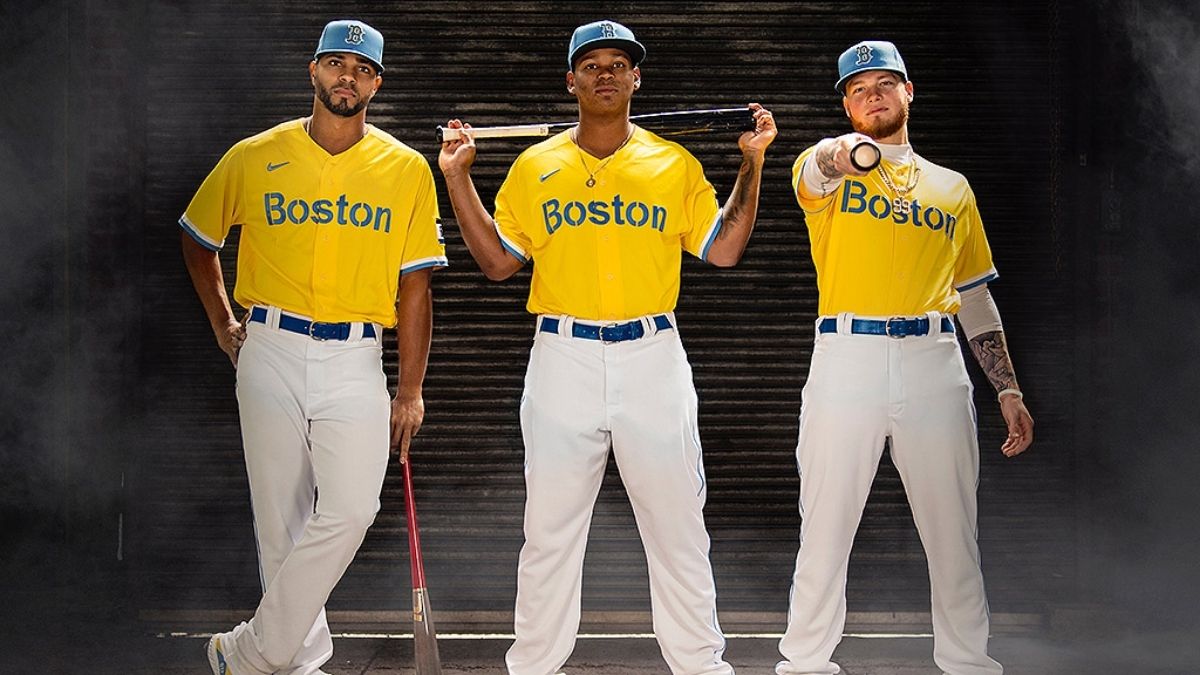 Known for their traditional white uniforms with red lettering and the iconic “B,” the Red Sox unveiled the yellow-and-powder-blue uniforms Tuesday.

Nike, which became the sport’s uniform supplier in 2019, inspired by the Patriots’ Day holiday and the Boston Marathon, revealed jerseys featuring a marathon bib patch with 617, Fenway Park’s area code, on the left sleeve.

The radical design for MLB is part of Nike’s first venture into designing alternates for baseball, known as the City Connect series, meant to push the boundaries of uniform design.

“It was front and center and this is why we did this deal. You take two iconic brands and you put them together and you have one and one make three,” MLB chief revenue officer Noah Garden said. “This is what we expected, and this is what we wanted. This is the plan we always set out for.”

Every team is expected to have a City Connect series jersey by the end of the 2023 season, with teams working individually with Nike to create a uniform that’s connected to the personality and community of each city.

‘Fortnite’ creator Epic Games acquires $1B funds from Sony and others…