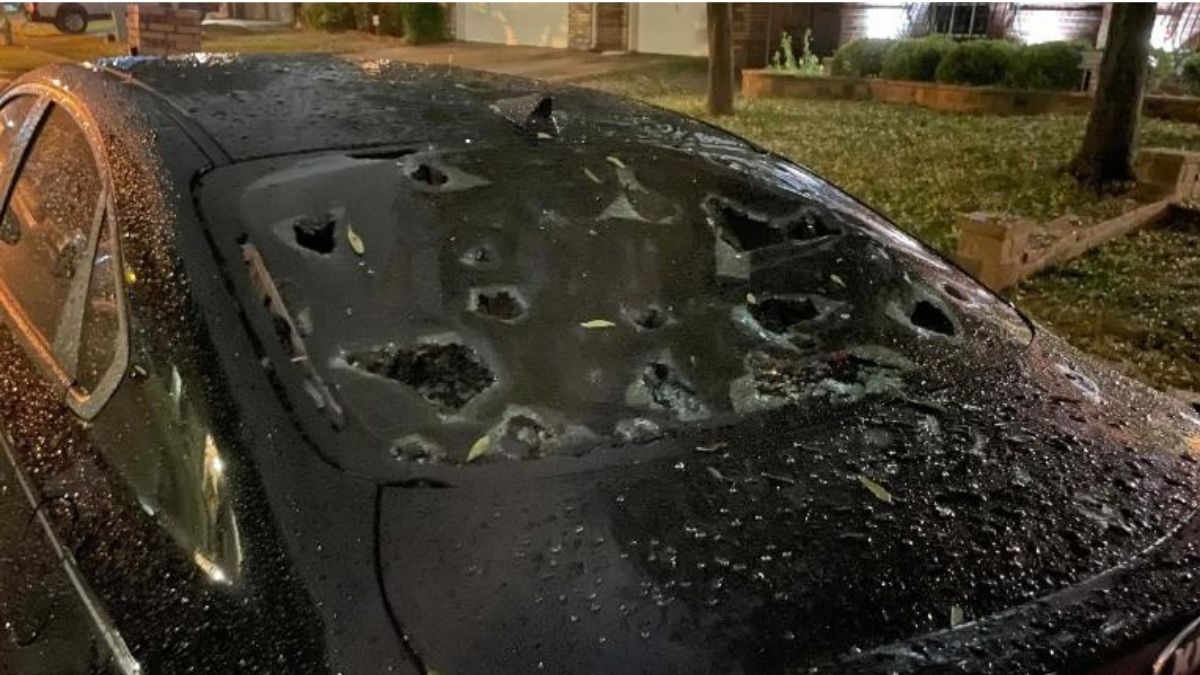 People of Texas and Oklahoma faced a severe hailstorm on Thursday after hail as big as softballs thrashed parts of the states, leaving windows of cars and homes shattered.

At least one injury was reported in Oklahoma after a large hail hit Norman and surrounding areas on Wednesday evening, reported the officials.

A hail of around more than 3 inches in diameter around 9 PM in the Norman area was reported by a National Weather Service spotter.

A wind flurry of around 69 mph was measured in the Norman area at 9 PM as the storm pushed through.

According to the Storm Prediction Center, in totality, there were around 38 reports of extreme hail across the two states.

Northern Illinois University meteorologist Victor Gensini stated, “Yesterday was certainly a billion-dollar hail loss day across the U.S. San Antonio and Fort Worth, Texas along with Norman were all impacted with large to significant hail. In addition, there was one gargantuan (4 inches) hail report near Hondo, Texas.”

The National Weather Service office in San Antonio tweeted about the widespread hailstorm.

To give a sense of just how widespread and large the hail was across our area from the Rio Grande to San Marcos, here's an estimate based on radar & satellite data. The reds are1+", while the purples are 2+". We received reports of hail even larger than that in a few locations! pic.twitter.com/7Zcuy1t9w7