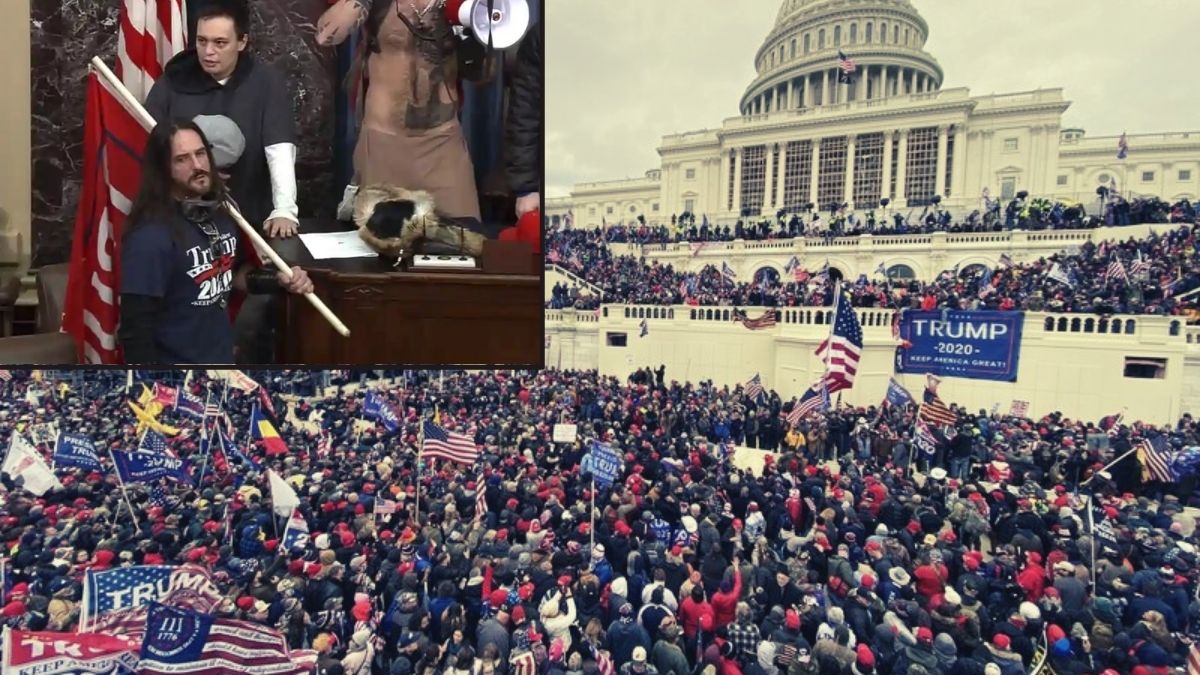 A Florida man was sentenced on Monday making him the first felon to be convicted for taking part in the Jan. 6 insurrection at the U.S. Capitol. The man will be receiving eight months in prison and liable to pay $2,000 in restitution for a portion of the damage to the building.

Hodgkins, 38, of Tampa, after pleading guilty to obstruction of an official proceeding was given sentencing of 15-21 months in prison for interrupting Congress’ counting of Electoral College votes. Hodgkin spent 15 minutes inside the Senate chamber and was seen holding a flag for former President Donald Trump and taking pictures.

District Judge Randolph Moss called the act of waving the flag an expression of fidelity towards the person rather than country and democracy.

“Although Mr. Hodgkins was only one member of a larger mob, he actively and intentionally participated in an event that threatened not only the security of the Capitol but democracy itself,” Moss said. “That is chilling, for many reasons.”

In his defense, Hodgkins- requesting no prison time from Moss- stated that he had no intentions of entering the Capitol building and was in Washington to attend a Trump rally that was scheduled for earlier that day. He claimed to have been swept up in the march along Pennsylvania Avenue. Hodgkins also mentioned that once he was inside, he proceeded to apologize to police officers and offered medical care to the rioters who were injured.

“I can say without a shadow of a doubt that I am truly remorseful and regretful for my actions in Washington,” Hodgkins told the court. “This was a foolish decision on my part that I take full responsibility for it.”

Moss said he struggled with Hogkis sentencing, charging him for his personal behavior that was not as destructive in nature as of those rioters around him. However, Moss labeled the riots as more than just a First Amendment protest, resulting in the evacuation of the House and Senate chambers.

“He understood what he was doing,” Moss said. “He was one of a small number of people who made their way to the Senate floor.”