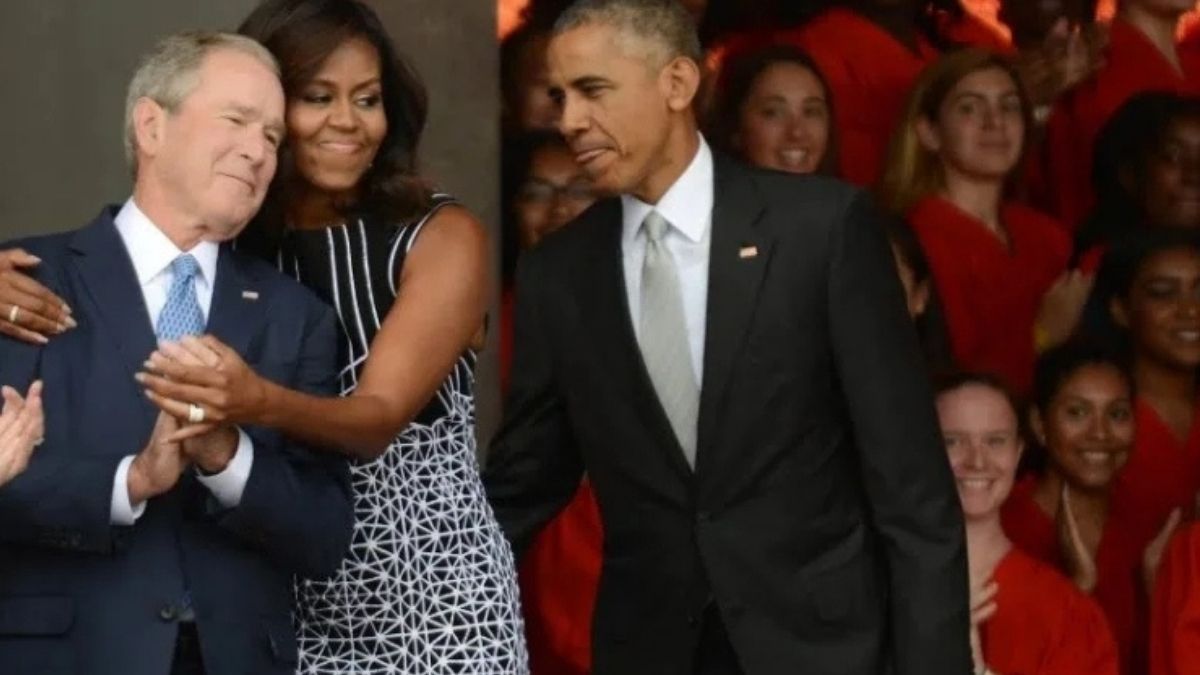 Former president George W. Bush, on Sunday, revealed he was “shocked” by people’s reaction to his public interactions with former first lady Michelle Obama as he reflected on the pair’s across-the-aisle friendship.

When former President George W. Bush and former First Lady Michelle Obama embraced in 2016 at the Smithsonian’s National Museum of African American History, it became one of the most talked-about moments on social media.

Since then, the public’s reaction to the bipartisan friendship and the moment Bush refers to as “the big hug,” left him genuinely surprised. Their friendship “became more famous” when they exchanged candy at the 2018 funeral of John McCain.

In a new interview with CBS News‘ Norah O’Donnell, Bush, 74, spoke about his friendship with Michelle Obama, 57.

“It shocked me,” Bush said of the attention. “We got in the car and I think Barbara or Jenna said, ‘Hey, you’re trending!’ The American people were so surprised that Michelle Obama and I could be friends.”

Over the years, Obama has spoken about her fondness for Bush and his family. During a December 2019 Today Interview with his daughter, Jenna Bush Hager, Obama said that dropping guards to “let ourselves become vulnerable” allows everyone to truly connect.

Sequel of ‘Downtown Abbey’ all set to release during Christmas 2021