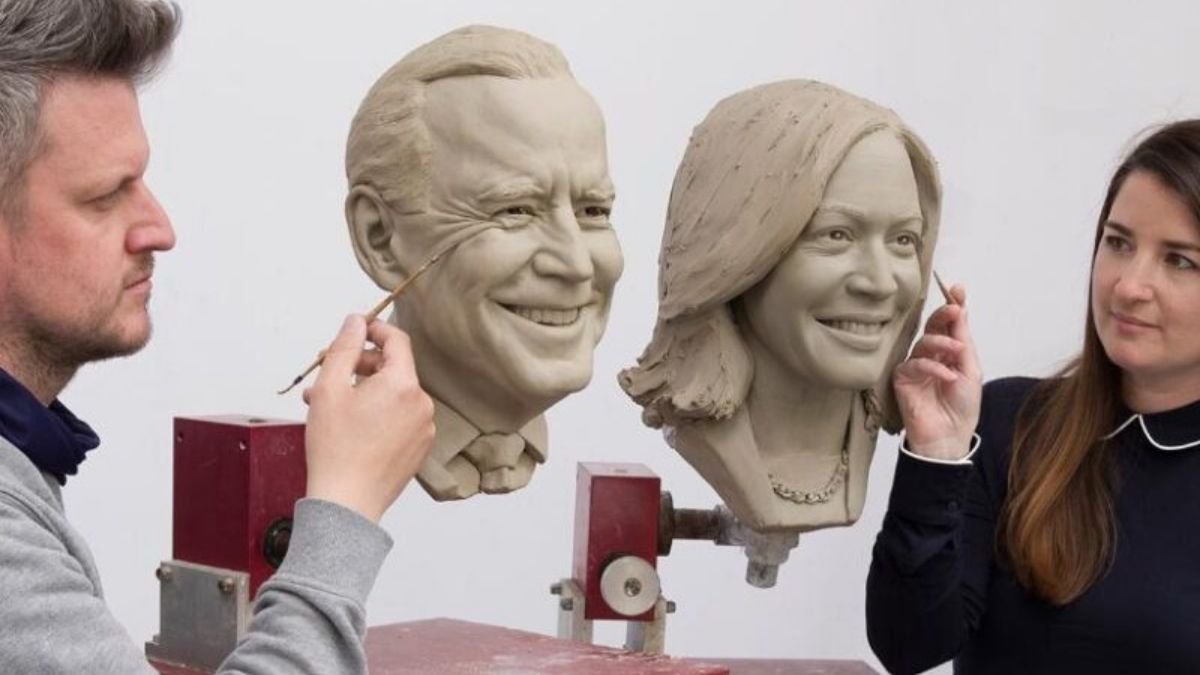 Pictures of the work done till now on the busts of Vice President Kamala Harris and US President Joe Biden were released by the attraction in Times Square on Wednesday.

David Burks, the principal sculptor of the bust at Madame Tussauds told CNN on Thursday, “We were keen to focus on her smile and the warmth in her eyes. It’s that twinkle in the eye that’s so hard to capture… a genuine warmth that’s really important to get into our figures.”

The Burks and Madam Tussaud’s team is creating the clay heads by going through hundreds of photos of the leaders. Burks usually used to meet the subject in person but due to the pandemic, there are changes of plans.

Traditionally, Madam Tussaud’s New York exhibition rooms used to display statues of the US president, but in a historic change, Harris will be the first Vice President to be displayed.

Earlier this week, Harris made history by sitting next to House Speaker Nancy Pelosi on Wednesday. With this, both became the first women to lead the Senate and House during the President’s address to a joint session of Congress.

#FinishInfinityTrain trends on Twitter as fans urge for more seasons