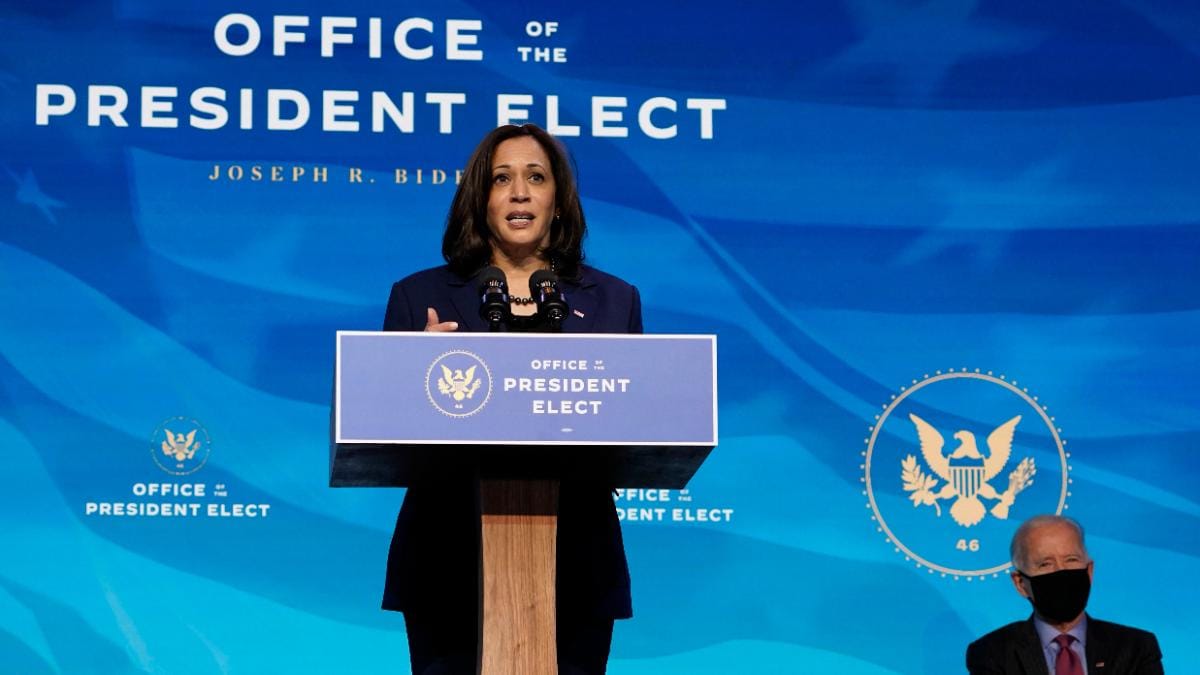 Indian-origin Kamala Harris was on Wednesday sworn in as America’s first woman Vice President during a historic inauguration at the West Front of the Capitol.

Harris, 56, the 49th US Vice President, will serve as the deputy of President Joe Biden, 78, who also took the oath of office, becoming the 46th US President.

Harris took over the office of the US Vice President from 61-year-old Mike Pence. Biden succeeded President Donald Trump, 74.

Harris, the daughter of an Indian immigrant from Chennai, scripted history by becoming the first-ever woman Vice President of the United States. She is also the first female, first Black and first South Asian American vice president.

Her husband Douglas Emhoff, 56, is the first ‘Second Gentleman’ – the first male spouse of a vice president in the US.

Justice Sonia Sotomayor, the first Latina member of the Supreme Court, administered the oath of office to Harris.

She was sworn in on two Bibles – one that belonged to a close family friend named Regina Shelton and another that belonged to Thurgood Marshall – the country’s first African American Supreme Court justice.

Joseph Robinette Biden becomes the 46th and oldest President of US