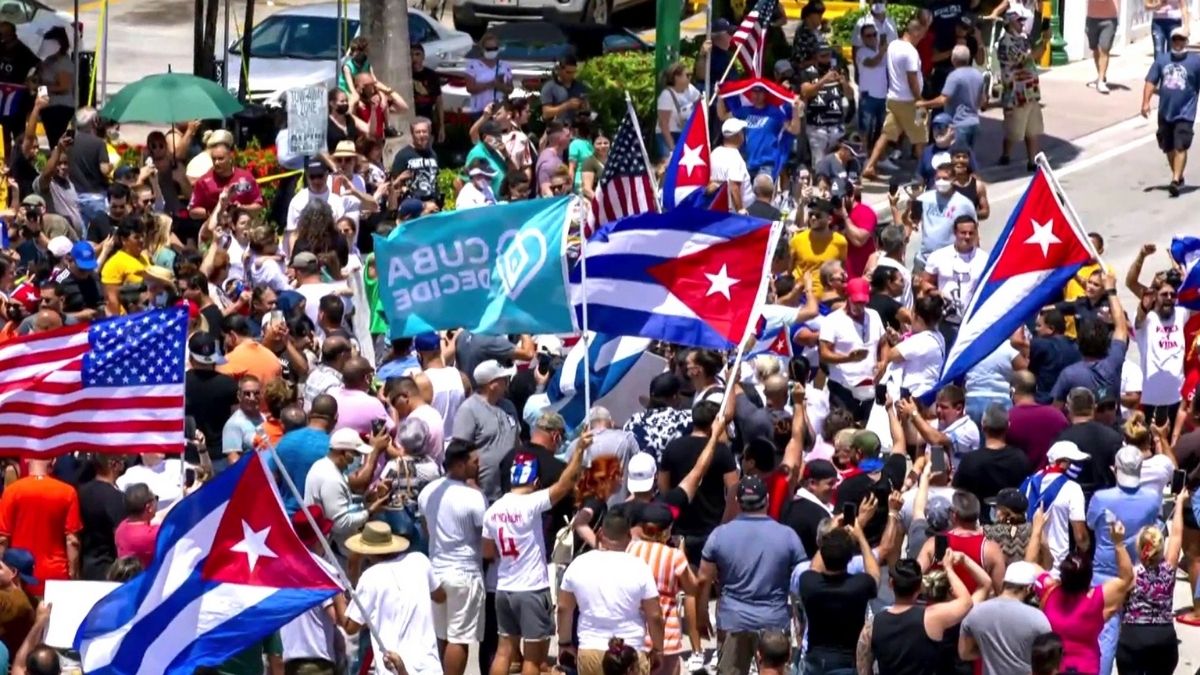 President Joe Biden on Monday declared that the United States stands with the Cuban people, as thousands of them engage in protests against the shortage of food and medicine amid the coronavirus pandemic.

The protests are said to be the biggest anti-government dissent in 30 years. “We stand with the Cuban people and their clarion call for freedom and relief from the tragic grip of the pandemic and from the decades of repression and economic suffering to which they have been subjected by Cuba’s authoritarian regime,” Biden said in a statement.

The president also called on the Cuban regime to “hear their people and serve their needs at this vital moment rather than enriching themselves.”

“The Cuban people are bravely asserting fundamental and universal rights,” Biden said in a statement. “Those rights, including the right of peaceful protest and the right to freely determine their own future, must be respected.”

Protestors, a majority of whom are young people, were heard chanting “We want freedom” and “We want vaccines” during their march to Havana, the island’s capital. Cuba is observing its worst economic crises in decades, worsened by the increase in coronavirus cases and low vaccination rates.

“We are fed up with the queues, the shortage. That’s why I’m here,” one middle-aged protester told The Associated Press. He declined to identify himself for fear of being arrested later.

Athletes share views on mental health while training for Olympics