The Queen offered heartfelt tribute to late Prince Philip while visiting the Royal Navy’s flagship aircraft carrier on Saturday, May 22. 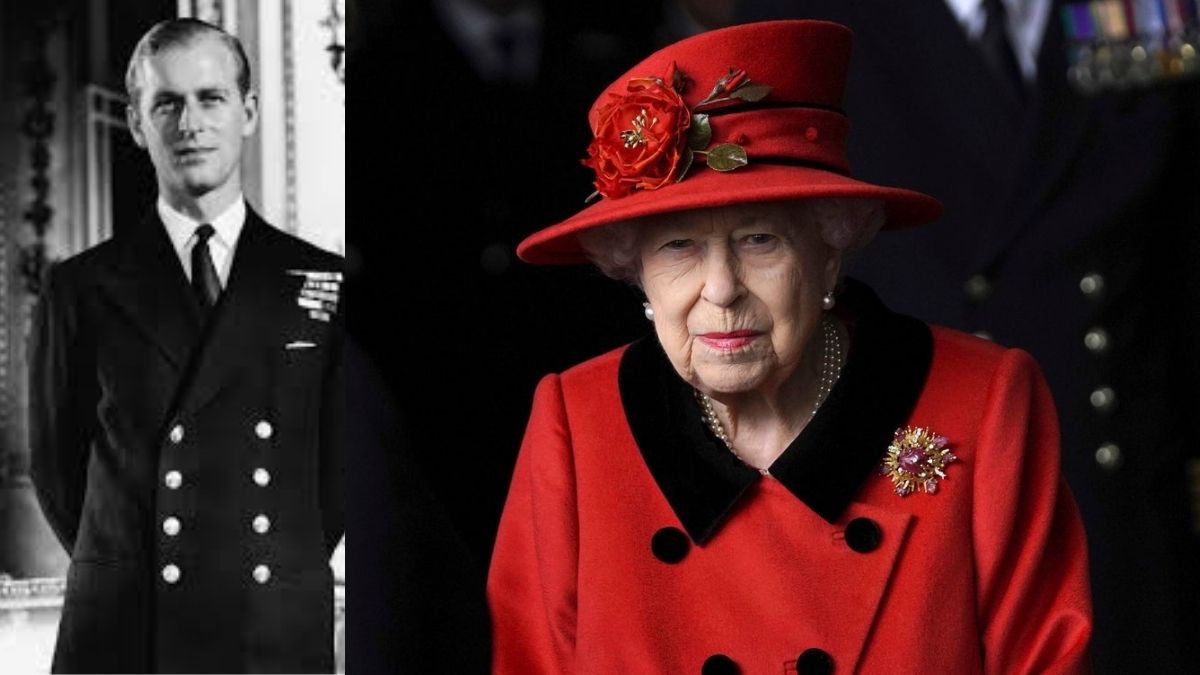 Queen Elizabeth II visited the flagship aircraft carrier of the Royal Navy on Saturday, May 22, during it’s maiden operational deployment.

During her visit, the Queen paid her respects to her beloved late husband, Prince Philip.

The aircraft named as ‘HMS Queen Elizabeth’ will reportedly take off from the naval base in Portsmouth, southern England, proceeding with it’s deployment to the Far East, for about 28 weeks while visiting forty different countries.

Queen Elizabeth II arrived at the destination in a helicopter,and was welcomed by Captain Angus Essenhigh, the ship’s commanding officer and Commodore Stephen Moorhouse, the UK Carrier Strike Group’s commander.

The Royal Highness was dressed in a red blazer with a matching hat and adorned a brooch, gifted to her by the Duke of Edinburgh in 1966.

Prince Philip, who passed away at the Windsor Castle,at the age of 99 was a naval veteran.

The monarch had also sported an accessory for a portrait that marked her and Prince Philip’s 70th wedding anniversary in 2017.

The Queen made her first public appearance since her husband’s funeral, earlier this month.

On May 11, the Queen along with her eldest son Prince Charles and his wife Camilla, had visited Westminster for attending the State Opening of Parliament.