Exclusive: TiffinTech founder Tiffany opens up, speaks up on the possibility of coding courses!

Telling about the experience in Bootcamp, Tiffany said, “In the first week, it was definitely stressful initially. But over time, you get hang of it.” When asked how she connected with people, she said, “I just started reaching people. Going for coffee and trying to connect with them.”

A tech icon, lifestyle celebrity, software developer, and public speaker, Tiffany, who makes her position in a male-dominated industry, reveals her life’s journey, opportunities, challenges, plans, and a message to the newcomers, in a talk with USAnewshour.
Excerpts of the conversation

Her social media accounts describe herself as a woman who prepares in such an industry that is taken beyond the women’s limit, but she successfully gains a stand even after a shift from the fashion industry to tech, generally, people turn their ways from tech to fashion.
She is optimistic that exhibits in her answer to a question ‘How’s your communication class going’ as she replies that there are going great, thank you, I had one yesterday and were a bit challenging but I can’t complain.

In her opinion, COVID-19 has given a boost to her social media career; she justifies the reason behind it. “More people are active on their phones and social media and have found and met with more people through social sites,” she said to USAnewshour.

For an old day’s picture, she remembered that it was then snapped when she was in Toronto in 2015. 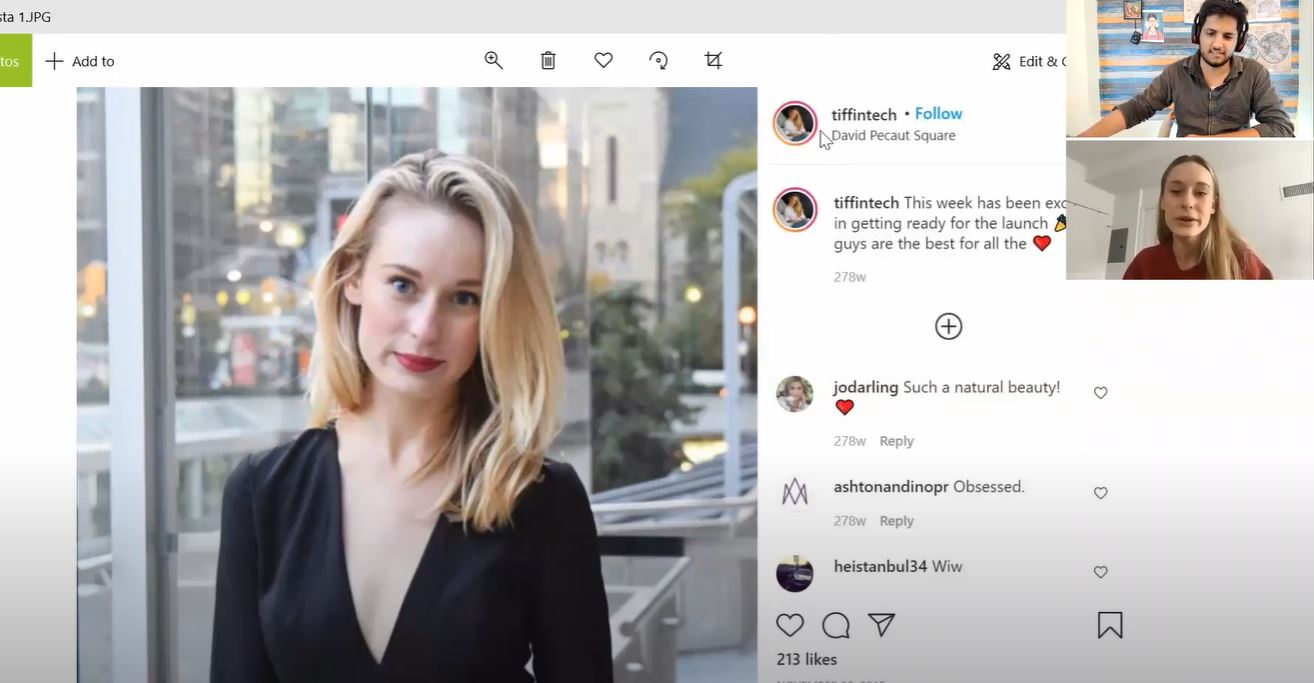 She added that initially, she was in the fashion industry which at that time, was a very lucrative career option, and was looking ahead for a promising career. Even if the career path was lucrative, she said she felt stuck in. Tiffany added that she wanted to use her creativity and logic, which really wasn’t fully used at that position. Meanwhile, she was to join a coding boot camp for some time and that was the time when Tiffany decided that Tech was what she wanted to pursue.

Telling about the experience in Bootcamp, Tiffany said, “In the first week, it was definitely stressful initially. But over time, you get hang of it.” When asked how she connected with people, she said, “I just started reaching people. Going for coffee and trying to connect with them.”

On a question related to managing her hectic schedule, as Tiffany is working in a full-time job at IBM and also managing a huge Instagram and Youtube family, she responded that yeah, it is hectic from Monday to Saturday; “Usually I do my day job from Monday to Friday, on Saturday I prepare content for Youtube and Instagram. Now I also have a small team so they ta

As for her future, she plans to introduce some coding courses and a coding academy that will help people who want to build a career in this field. She also expects to write a book that is her goal as she confirmed with a smile during the talk. Most importantly, she delivered a message for the audience that everyone can find a good place in the industry.

Sarthak Yadav is a media graduate from L.S. Raheja College (Mumbai) with specialization in Journalism. Being an avid reader of literature and with deep interest in public issues and politics allows him to be an observer, being aware and responsible towards the society. He is also a Singer/Songwriter & Poet and is currently working as a Sub-Editor at USA Newshour.
He can be reached at [email protected]

Christina Aguilera opens up about hardships as a child star