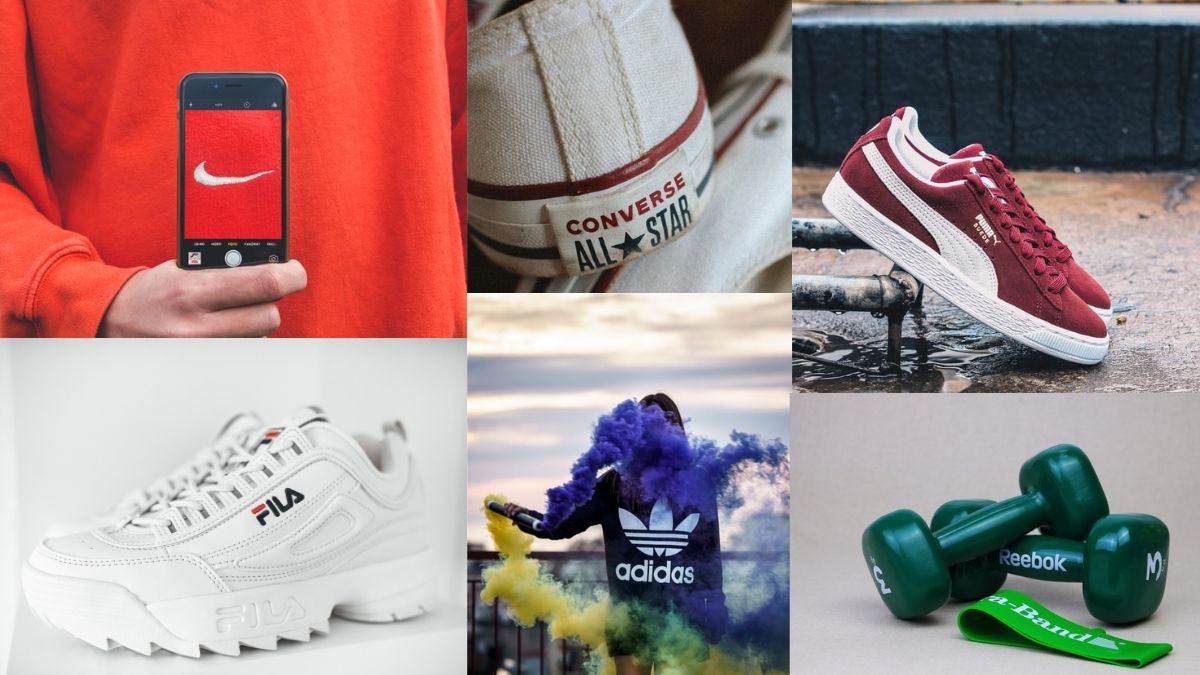 Sports brands have gained much visibility in recent years. These brands are best known for their endorsement strategies. It can also be said that people are more exposed to sports brands than any other brands due to their advertisements. Here is a list of top 10 sports brands in the world

A household name in the sports industry, Nike was founded in 1964 as “Blue Ribbon Sports”. The name was later changed in 1971. Today the company has 75,000 plus employees and has a net revenue of $32 billion. Nike is also the world’s largest supplier of athletic shoes. The company has sponsored famous sportspersons around the world including Christiano Ronaldo and Neymar. Nike also has a brand Air Jordan, dedicated to basketball player Michael Jordan.

Another brand synonymous with sports, Adidas is a German sports brand that offers a wide range of products like footwear, deodorant, and sports equipment. Founded in 1949, Adidas has and still sponsors many games across the world including FIFA and  UEFA Champions League. Adidas’s sister companies include Reebok and  Runtastic. Another German brand, Puma was founded in 1948. Although they sell many kinds of sports products, Puma is best known for their footwears. The company is mostly associated with fashion than sports and is endorsed by supermodels like  Cara Delevingne and Adriana Lima as well as actress/singer Selena Gomez.

Founded in 1958, Reebok was acquired by Adidas in 2005. Reebok has a number of products under its name including footwear, sportswear, and sportswear. Reebok has sponsored sports kits for Indian Premier League (IPL) teams such as Royal Challengers Bangalore, Kolkata Knight Riders, Rajasthan Royals, and Chennai Super Kings.

An American sports equipment company, Under Armour products include footwear, clothing, and casual apparel. The company is best known for sponsoring Tom Brady and Stephen Curry. The company was founded in 1996 and is the youngest entrant in the list of great American brands.

A Japanese brand, Asics was founded in 1949. It produces a wide variety of sports equipment, footwear, and other accessories. Asics rose to fame by sponsoring the Australian cricket team. The brand also gives importance to customer services, which offers provisions for product replacements.

A subsidiary of Nike, this company was founded in 1908. Converse is best known for its sneakers and skating shoes. The company also has a strong presence in sports like basketball and skateboarding.

Established in 1966, North Face is best known for its outdoor equipment like trekking shoes, tents and other accessories for activities like mountaineering. North Face is owned by VF corporations, which have other brands like Lee and Wrangler under its name.

A sportswear company, Fila was established in Italy in 1911. The company made its presence known by sponsoring Israeli football club Maccabi Tel Aviv F.C. In 2019, Korean pop band BTS signed with Fila to endorse its footwear.

New Balance is an American sportswear company. It was established in 1906. The brand sponsored the Olympic teams of Ireland and Chile at the Rio 2016 Olympics. Its product range includes sportswear, cricket equipment, and apparel.

Top 10 anime that ended on a cliffhanger

Tokyo Olympics Updates: US lose to Japan in softball game, US women win silver at…