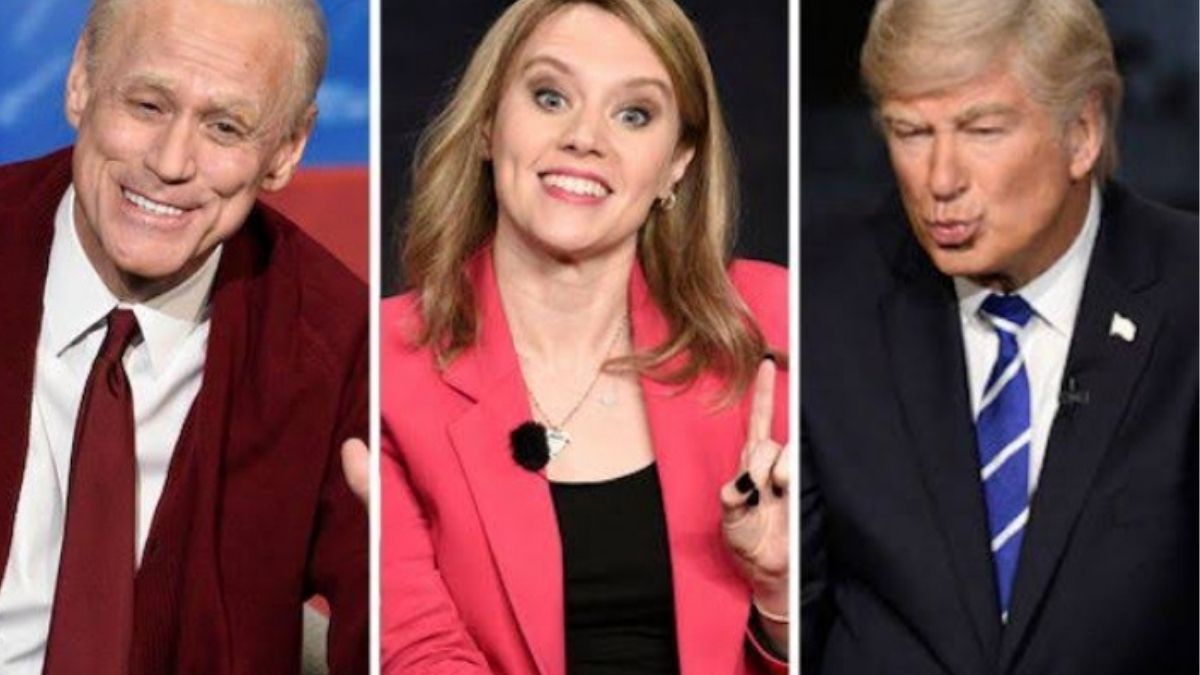 US election 2020 has seen many disputes and verbal wrangles between the Democrats and Republicans, but Saturday Night live gave comic turn to it.

In the latest episode of SNL the content presented was based on the Town hall event of President Trump and Mr. Biden, the opposition Presidential candidate. The show intended to show the audience that one event was all about comedy than other. Taking dig at Biden, the anchor of ABC said, “Okay, Joe. Let’s focus. Now, are you ready for softball questions from folks who are already voting for you?”. Replying to this Biden said,” “You bet your short pants I am!” Biden exclaimed. “This is going to be exciting, George. I’ve given everybody in the audience a glass of warm milk and a blanket.” Biden’s ragging was more of how he gives long speech and can talk for long time.

Trump event was compared to WretleMania, as the NBC moderator Savannah Guthrie, was more in the zone of attacking Trump. “Savannah is telling him there’s another question, but no, it was just a distraction! Savannah Guthrie has a folding chair! From the audience! And Trump doesn’t see it!” an announcer yelled. Guthrie mocked Trump on various events asking him questions about his false conspiracy theory over killing Osama bin Laden, QAnon, Aryan Brotherhood, KKR. “Really? Because this conversation we’re having is a preview of Thanksgiving at a lot of American households,” Trump said. “So crazy uncles, stand back and stand by”. They also took an instance when a women complimented Trump’s smile from audience.

US Election 2020: Kirstie Alley cheer out for Trump, Netizens Hit back

US Elections 2020: Trump confident over victory in Michigan, hails at rally