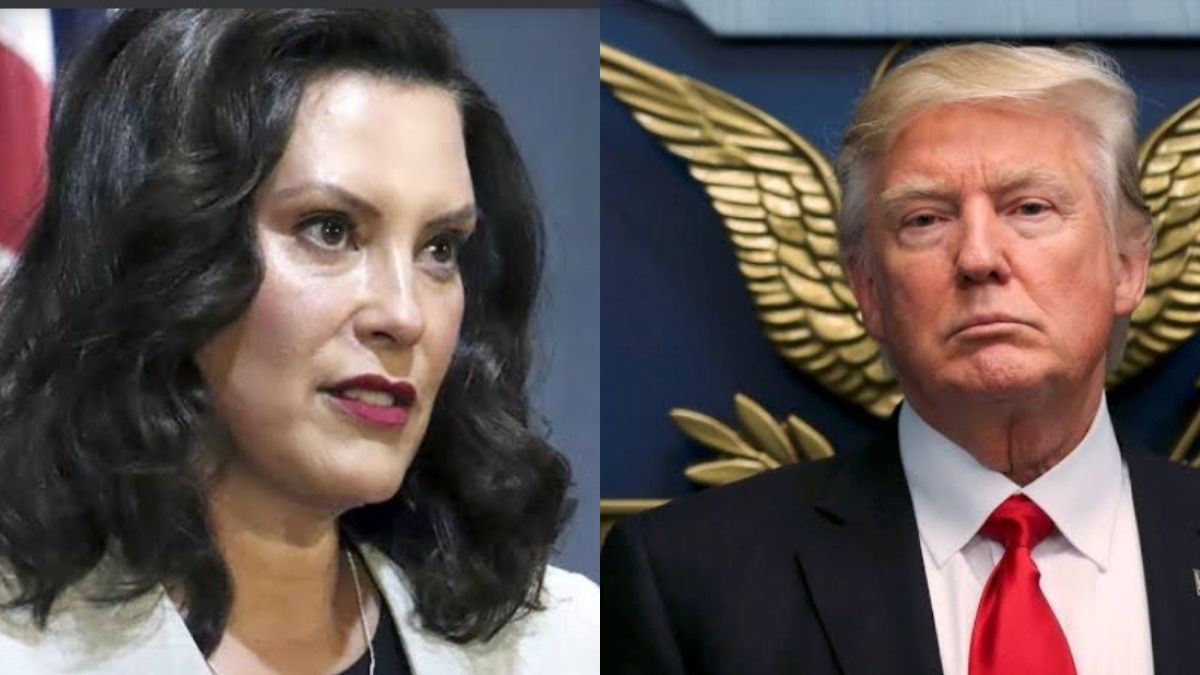 US election 2020 is noticeable for verbal war and accusations by the Republicans and Democrats against each other. Gretchen Whitmer, Michigan Governor, accused Trump of fermenting “domestic terrorism” against her in the State, in response to the chants “Lock her up” aroused in Trump’s rally in Michigan.

During “Meet the press”, Whitmer said that the bombast is “incredibly disturbing”, especially after the FBI broke the plotting of kidnapping against her weeks before. Referring to the incident, Whitmer said,“The president is at it again and inspiring and incentivizing and inciting in this kind of domestic terrorism, It is wrong. It’s got to end. It is dangerous, not just for me and my family, but for public servants everywhere who are doing their jobs and trying to protect their fellow Americans. People of good will on both sides of the aisle need to step up and call this out and bring the heat down.”

Trump during his rally at Muskegon, asked his supporters to urge Whitmer to reopen the state following COVID-19 restrictions. In response to this the crowd chanted “lock her up”, while Trump mocked “lock them all up”. While Nancy Pelosi, House speaker marked this gesture of Trump “irresponsible” and accused him of playing fear tactics.

Defending President Trump, Lara Trump a senior campaign Adviser to Trump said that,“He wasn’t doing anything, I don’t think, to provoke people to threaten this woman at all. He was having fun at a Trump rally, and, quite frankly, there are bigger issues than this right now for everyday Americans,”.

Democrats have accused Trump to the alleged plot kidnapping crime against Whitmer. Trump earlier had tweeted “Liberate Michigan” in response to the movement and economy restrictions by Whitmer in the State to combat Pandemic in Michigan.

US Elections 2020 Poll tracker: Biden ahead of Trump, poll indicates