Here's the list of nine young American billionaire, who are inspiring thousands of youngsters across the United States and the world 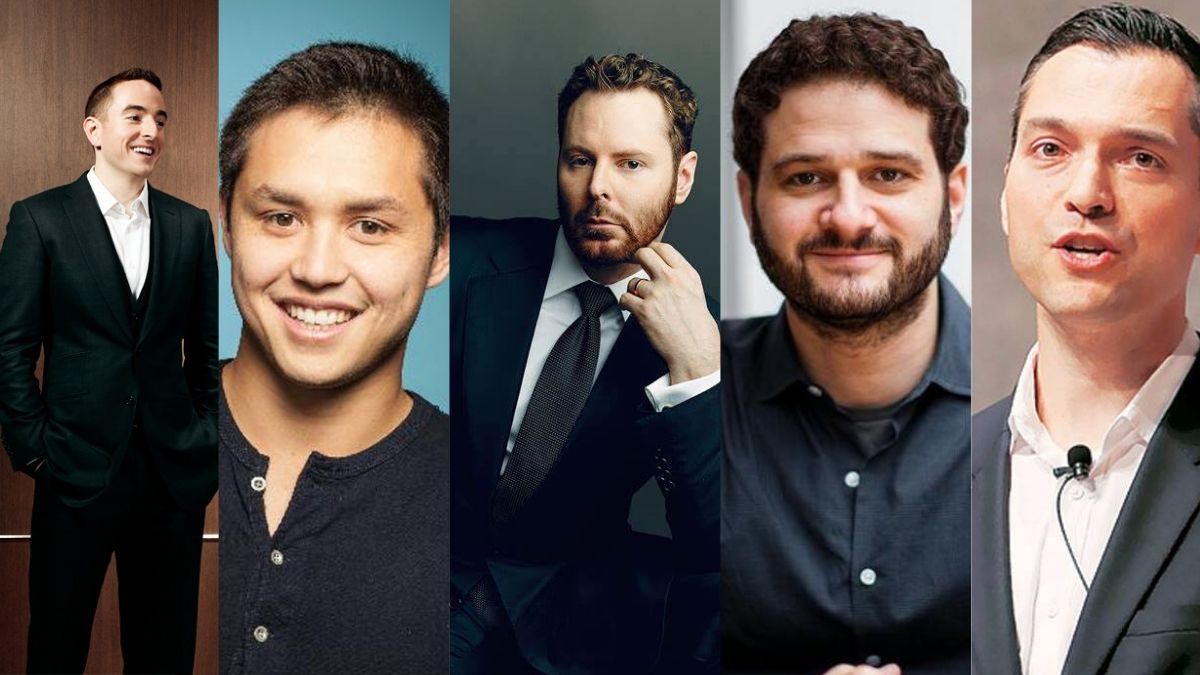 We have the list here, of the nine youngest, richest billionaires who are working and building well-known brands. Many of these self-made iconic personalities inspire today’s youth. All these young minds have made their debut in Forbes, in recent years.

The net worth of Ernest Garcia III is $7.33 billion dollars

Nathan Blecharczyk, the co-founder and the current chief strategy officer of Airbnb, is another 38 years old billionaire, who co-founded the company with Gebbia and Chesky.

Airbnb is currently operating in more than100,000 cities and has reportedly had around 7 million listings across the globe.

The net worth of Nathan Blecharczyk is $13.3 billion dollars

Sean Parker, 41 years old, had been associated with Facebook and also invested in Spotify, in the year 2010, then after quitting the Board of Directors, in the year 2017.

Parker, in the year 2015, formed the Parker Foundation, which followingly established the well-known Parker Institute for Cancer Immunotherapy.

The net worth of  Sean Parker is $2.6 billion dollars

Ubiquiti, in the year 2017, reportedly generated around $865 million in its revenue.

The net worth of Robert Pera is $14.7 billion dollars

Baiju Bhatt, 37 years old,  is an Indian-American billionaire, who is the co-founder of Robinhood app, a commission-free stock trading as well as investing app that filed for an initial public offering in March, this year. Baiju attended Stanford University, which is where he met fellow Robinhood co-founder and his roommate Vlad Tenev at this prestigious college.

The net worth of Baiju Bhatt is $1.0 billion dollars

Arash Ferdowsi, a 36-year-old billionaire, Dropbox co-founder, launched this file sharing and storage service as a student at MIT. He currently owns close to a 10% stake in the company. Ferdowsi shared about being the son of immigrant parents and also how hard it was for his parents who worked hard for their son’s pursuit.

The net worth of Arash Ferdowsi is $1.1 billion dollars

Dustin Moskovitz is the co-founder of Asana, who also co-founded Facebook with Mark Zuckerberg in 2004. He had left Facebook in 2008 to co-found a new workflow software company Asana, which currently earned more than $100 million in its revenue, in the year 2018. Moskovitz also owns a 2% stake in Facebook and has given a huge amount of around $1.4 billion away to charity.

The net worth of Dustin Moskovitz is $19.2 billion dollars

Evan Spiegel, who co-founded the popular multimedia messaging app called Snapchat, along with Murphy. Both of them reportedly own around18% of Snap, He’s famous for being among the only one of three self-made billionaires in the world who are not yet 30. He has also given away nearly $65 million in Snap stock.

The net worth of Evan Spiegel is $11.9 billion dollars.

Bobby Murphy, a 32-year-old billionaire, who co-founded and is also the chief technology officer of Snap Inc., Bobby Murphy, Evan Spiegel, and Reggie Brown together co-founded the famous Snapchat app, when the trio attended Stanford University.

The net worth of Bobby Murphy is $10.2 billion dollars